2004 Toyota Corolla in a very good running condition for sale.

Please note: The buyers guide might be a different variant from the car being viewed.
151075

BRAND image – the essence of a specific marque, or a manufacturer’s DNA. Whatever you call it, these days car manufacturers have to make sure they know what their products stand for. Only then will the customer be able to do the same.

Not even the world’s most successful car has been spared this quest for a clearly defined image and, like many other cars, the Corolla’s DNA formula has been found by travelling back to the origin of the species…

“The first Corolla was actually very sporty for 1966. It had a four-speed manual gearbox and powerful engine, so the new Corolla is very much going back to its roots,” Takeshi Yoshida (Corolla chief engineer) recently told a group of South African journalists.

This desire for a younger, sportier image is driven by the need to do better in the European marketplace, where Corolla has historically not fared that well. With the new Corolla, Toyota promises a car that equals the best the Europeans can offer, not only in terms of quality and style, but also driving dynamics. Even Toyota admits these have been somewhat lacking on the last few generations of the model. Toyota remains adamant, though, that the sportier new image will not come at the expense of the traditional strengths of reliability, comfort and economy.

Judging by the numbers already on our roads, South Africans have certainly taken to this newcomer, and comments on the new look remain positive. The profile is very European – long wheelbase, stubby and steep nose and sharply cut off rear end. Clever detailing, such as the small hump on the bonnet over the badge, gives the Corolla a unique presence. But the rear three-quarter view perhaps mirrors some European rivals, notably the Opel Astra Classic, a little too closely for comfort. As an aside, CAR’s test team agreed the Corolla looks best in darker metallic colours. It was also felt that slightly larger wheels would do wonders for the looks.

The only way to tell apart the GSX 160i and 180i models tested here, is by looking at the badges. Both have body-coloured bumpers, mirrors, protection strips and door and boot handles. They even share the same alloy wheel design.

The new car is partly based on the sharp-handling Celica coupé’s floorplan, but the benefits are not only of the dynamic kind. The long wheelbase results in arguably the Corolla’s biggest draw card, a very spacious cabin.

Rear legroom in particular is impressive and leaves rivals looking cramped. The feeling of spaciousness is further enhanced by a “highish” roof and generous glasshouse. Boot space measures a competitive 360 dm3, and grows to a useful 1 008 dm3 with the 60:40 split rear seatbacks folded forward.

Just about every part of the modern new facia – including the soft-touch laminated upper section – is locally made. General fit and finish were rated as very good by the test team, although not quite matching Volkswagen’s Jetta, the segment-leader in this department, but trouncing all other rivals.

The facia has a neat “wave-like” design, with most of the controls grouped together on the centre hangdown section. Three rotary switches are used for the ventilation system, although a slide is still used for the recirculation function.

The high positioning of the radio/CD-loader is welcome, as is the logical “big-button” layout, but unfortunately the volume knob is a bit of a stretch.

Instruments are green on white backgrounds and light up with a white glow at night, the brightness of which can be adjusted by pressing the button on the instrument panel and scrolling until you find a display of several dashes. Although not immediately the obvious way to do it, it works well enough.

Besides the sizeable cubby (with dampened lid), additional stash space is provided by a lidded compartment on the hangdown section and another to the right of the steering wheel. There’s also a storage box between the seats and a compartment with drink holders that can be reconfigured by removing the partitions that keep containers in place. Door pockets are provided but are too narrow to accommodate much more than the occasional magazine.

GSX models have identical spec, whether they’re powered by the 1,6- or 1,8-litre engine.

While lesser models make do with black trim all round, GSX variants get a smart cream lower facia and leather to complement the black upper section of the dash as well as wood trim on the hangdown section, gear knob and armrests. We think it works well and gives the Corolla a decidedly upmarket flavour.

The wide front seats (height-adjustable for the driver) were rated highly for comfort by the majority of our testers, but one tester wanted a longer squab, and another more fore and aft adjustment.

New Corolla has fared well in international safety tests and features a GOA (Toyota’s Global Outstanding Assessment programme) body with door impact beams, collapsible steering column, energy absorbing ribs above the side windows, and a “tibia pad” in the driver’s side floor carpet that is claimed to allow the driver’s foot to dig into the carpet in the case of an accident, and not slide forward. Additional safety features on GSX models are dual front airbags and seatbelt pretensioners with force-limiters.

The 1,8-litre powerplant churns out 100 kW at 6 000 r/min and 171 N.m of torque at 4 200. These figures compare favourably with its competitors, most of them boasting two-litre engines. On the test strip the top model Corolla put in surprisingly quick times – accelerating to 100 km/h in a sprightly 9,44 seconds and on to a 203 km/h top speed.

The 3ZZ-FE 1,6-litre unit’s figures are 81 kW at 6 000 r/min and 146 N.m at 4 400. Equipped with the same five-speed manual gearbox as the 180i, but with a slightly taller first gear, the smaller-engined model reached 100 km/h from rest in 10,4 seconds and a 192 km/h top speed. The manual gearbox is largely carried over from the previous range but has a mass damper in the cable shift mechanism to improve gearshift action.

Rated positively as “switch-like” by some but “too mechanical” by others, it is, in fact, very similar in feel to the outgoing model.

Suspension may be conventional MacPherson struts, supplemented by a stabiliser bar in front with a torsion beam and stabiliser bar set-up at the rear, but it’s used to great effect by the Celica coupé, so the omens are certainly good. Previous Corollas were criticised for being uninspiring to drive and generally didn’t compare favourably with sportier, more driver-orientated offerings. Well, things have certainly changed. New Corolla improves on its predecessor’s ride quality AND has turned out to be a rather entertaining driving companion to boot.

Although understeer predictably sets in at the limit, the car remains eager to respond to steering adjustments up to very high cornering speeds. Body control is impressive, with little roll evident. And, compared with its predecessor, steering feedback is significantly improved. All in all, a confidence-inspiring drive that, depending on the driver’s mood, can also be entertaining on a twisty road.

The driving experience is further aided by two engines that provide sufficient power for “cut-and-thrust” driving. As a result, both cars are deceptively quick and have enough oomph to safely execute high-speed overtaking manoeuvres. Sound insulation at cruising speeds is good, but with the foot slightly on the throttle both powerplants emit “buzzing” engine noises that intrude enough to spoil the otherwise relaxed driving experience.

Stopping power is provided by 255 mm ventilated discs in front and 258 mm solid discs at the rear. The ABS-assisted brakes (with EBD) performed well in our emergency braking test, the 180i GSX stopping from 100 km/h in an average of 3,13 seconds, and the 1,6-litre model posting a virtually identical 3,11 seconds. As with the 140i GLE tested in November, the brakes were liked by some but described as too sharp by others. Manual Toyota Corolla for sale by Chat2Cars in South Africa. 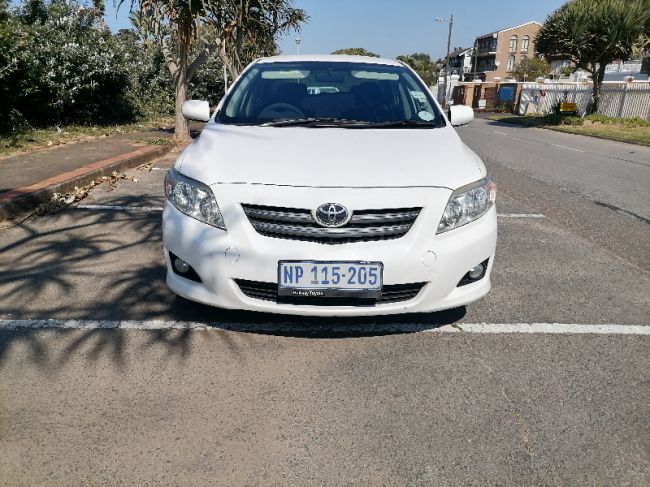 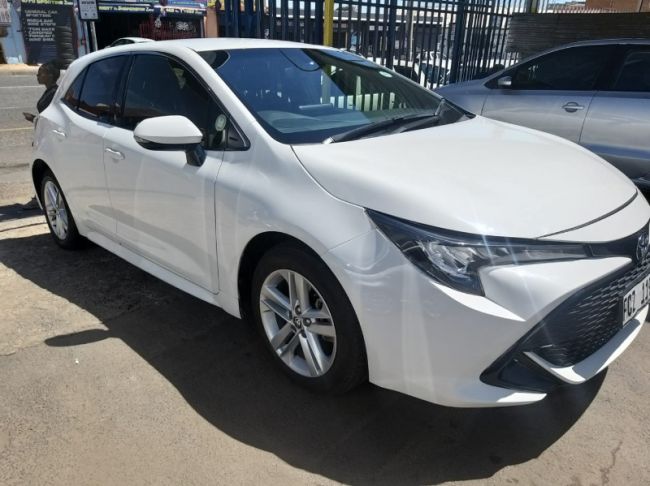