2008 Audi A3 For Sale in Gauteng, Johannesburg

Please note: The buyers guide might be a different variant from the car being viewed.
102320

Normally, a vehicle facelift denotes little more than a stylistic tweak and a change in specification. Audi’s revised A3 claims to offer a more substantial set of changes that build upon the previous models virtues of being refined and fun to drive – has Audi succeeded?

While not vastly different from the model it replaces, the lines and contours look smoother. Changes include a new single frame radiator grille with a revised chrome frame, as well as a redesigned bumper, air inlets, integrated fog lamps and “Audi trademark” daytime running lights. The changes to the bonnet and fenders lend added aggression to the already purposeful stance.

The interior looks clean with everything neatly in place. Switches and dials are within easy reach of the driver and nothing is complicated to operate. The steering wheel-mounted controls are easy to operate even when the wheel isn’t straight. The only problem I encountered was the handbrake – it’s situated next to the passenger and away from the driver, the middle armrest hampers access to it.

Legroom at the back wasn’t much of a problem even for my tallest passenger, but climbing in and out of this three-door hatch does require some flexibility on the part of the rear occupants .

Audi says that “important progress has also been achieved in the injection system” with a common rail system replacing the previously implemented unit injectors. According to Audi “the rapidly switching piezo injectors, with their eight-hole nozzles, are able to inject fuel up to five times per working cycle”. This is meant to reduce the noise level. I have to admit that I noticed that the engine is quite quiet and refined for a diesel powerplant. While this is a good thing, it sometimes makes it difficult to hear and judge what the engine is doing – making it easier to stall at lower speeds.

The claimed 320 N.m of torque that this 2,0-litre TDI generates is available earlier on in the rev count – I noticed it at just under 2 000 r/min. It generates 103 kW and mated with its S-tronic six-speed dual-clutch transmission S, this two-door hatchback is capable of a claimed zero to 100 km/h time of 8,9 seconds and a top speed of 207 km/h.

The S-tronic transmission is slick and responsive. I, however, would have been happy with five gears to move through. Slipping into six gear feels does not feel radically different than fifth, serving largely as a ratio for motorway cruising. While on the subject of transmission and such, I have to mention that there is a small screen on the speedo/rev counter display that shows what gear you are driving in. It also advises the driver when to gear up or down. This was a bit irritating. I wanted to tape over it because it would suggest a change at the most inopportune time. It drove me crazy to the point when I would speak to the darned thing (“No, I will not gear up from two to four when I am about to take a corner”). As you can see, the gripes I have with the A3 are relatively minor and only really come to the fore because the rest of the car is so well executed.

Overall, the A3 2,0 TDI offered a very enjoyable driving experience. It has enough grunt and punch to satisfy the part of me that enjoys fast cars, and enough refinement for those moments when I just want to relax.

This model will set you back about R 293 500, depending on specification.

Click here to find out more about the new A3 and S3 line up.

Check out the wallpaper gallery for wallpapers of the new Audi A3. Manual Audi A3 for sale by Chat2Cars in South Africa. 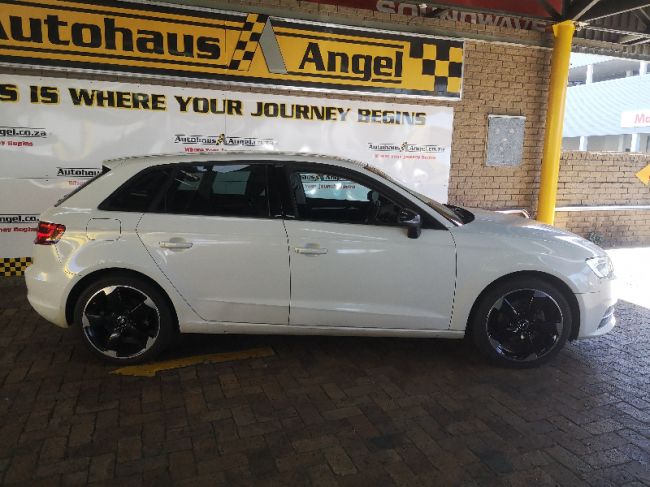 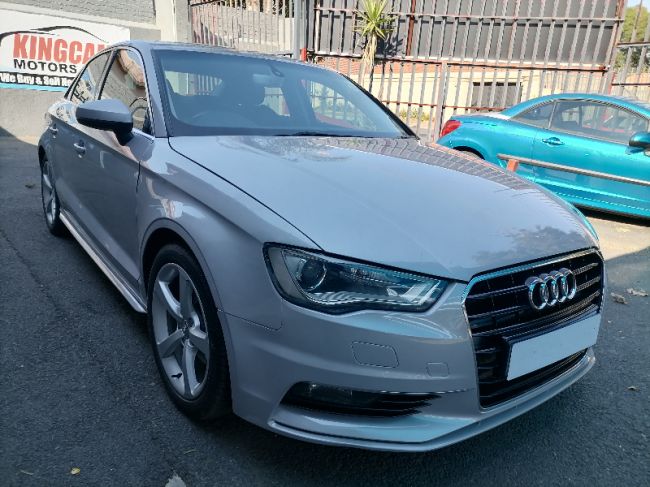