NEW ARRIVAL!!! ENQUIRE NOW and you will be connected to one of our professional sales executives who will gladly bring the vehicle out to you to test drive from the comfort of your own home or workplace. ENQUIRE NOW and we will tailor make a finance package that will not only suite your need but you pocket too as we deal through all major finance institutions and will fight for the best rate in town. ALL TRADE INS WELCOME AND WE OFFER NATIONWidE DELIVERY

Please note: The buyers guide might be a different variant from the car being viewed.
999242630 4×4 or extreme 4×4? Those are the choices we’re presented with at a fork in the road of the mountain section on day two of the Rust de Winter 4×4 Jamboree. Normally I am not one to shy away from any challenge, but after experiencing some serious off-road obstacles the day before in the Gymkhana event, I’m having some doubts. Off-road guru, Anthony Clifton, makes the decision for us as he steers his Fortuner left – extreme it will be then…

What does the Jamboree entail?

The Rust de Winter 4×4 Jamboree is an annual family event in which serious off-roaders pit their off-road, hand-eye co-ordination and mental skills against one another. The obvious focus was 4×4 driving, but to keep it interesting there were several other tasks that also had to be completed, including “minute-to-win-it” challenges and memorisation skills. Toyota has been the main sponsor of the event for the last 25 years and invited us to come and experience the new Hilux under the toughest conditions imaginable.

Day one is a Gymkhana event comprising ten courses littered with serious obstacles that have to be skillfully traversed, while day two consists of a more natural mountain section. This year saw 180 vehicles entering the event and there were few standard-spec vehicles to be seen. Most entries sported huge wheels, high-rise suspension kits and modified V8 petrol engines. I was slightly worried about our standard Hiluxes rubbing shoulders with the big boys…

I decided to opt for the 2,8-litre, turbodiesel double-cab 4×4 with the six-speed manual transmission for precise control over the engine speed and torque delivery. The engine delivers 130 kW and 420 N.m, 30 N.m less than the automatic version.  Four-wheel-drive and low-range transfer case selection are initiated via a new rotary dial on the dash, and a function called iMT can match the engine to transmission speed during downshifts. A rear diff-lock is standard, as is the hill decent control function, DAC. It was time to put the technology to work.

DAY ONE – GYMKHANA
Ten stages had to be completed on the first day, including mud baths, extreme hills, axle twisters, a speed section and even a reversing stage to keep us on our toes. Points were deducted for touching the tape barriers, reversing or even being stationary for more than two seconds.

What we learned driving the Hilux
My co-driver, Carl Kritzinger from Radio Tygerberg, and I successfully completed all ten obstacles – much to the surprise of many seasoned competitors. For the technical sections we mainly employed second gear and low range (4L) with first only used for extreme climbs and technical sections where traction was not an issue. The engine’s power delivery is smooth at low speeds making it easy to control the vehicle’s progress in more challenging scenarios. The electronic diff-lock activation came in handy when traction was a problem but it had to be switched on and off several times during a stage to enable the Hilux to negotiate several tight bends.

The manual gearbox-equipped Hilux trumped the automatic version at one obstacle where a steep, slippery gradient had to be scaled after exiting a mud hole with little space to build up speed. The manual’s engine could be revved and the clutch dropped to allow the Hilux to jump forward and gain momentum to scale the gradient. The automatic Hilux failed to gather enough momentum in the limited space available to scale the slippery incline. Many modified vehicles also failed to negotiate this obstacle, so we exited the stage to a round of applause from the spectators.

During the speed section, four-wheel-drive in normal transfer ratio (4H) was employed to great effect. Owing to the speed at which we traversed some bumps and ditches, the standard suspension did bottom out a few times but there was no damage to the vehicle.

I did, however, cause superficial damage to the Hilux’s rear bumper during a steep downhill section over massive logs. The long overhang of the load bay past the rear axle hampers the departure angle, but this is no different to other standard bakkies in these situations.

And the Fortuner?
The biggest surprise came in the form of a standard Fortuner (also the 2,8-litre turbodiesel) driven by Brendon Moore, general manager parts at Toyota South Africa. Because it’s slightly shorter at the rear than the Hilux, the Fortuner actually fared better over the extreme obstacles with no damage to the vehicle.

DAY TWO – MOUNTAIN SECTION
Day two traded man-made obstacles for the natural environment. The serious 4×4 section mentioned in the opening paragraph presented some of the toughest off-road sections I have ever encountered. One particular section was a near-vertical climb up the mountain over rocky embankments. Mechanical sympathy had to go out of the window as the Hilux’s bash plate met rock several times during the extreme climb. Only by aiming for the largest rock with the wheels were we able to lift the Hilux further off the ground to avoid serious damage.

Again, the traction and torque of the Hilux impressed as we crested the mountain successfully. My heart was racing but the Toyota didn’t appear to have felt the strain of the climb quite as acutely as I had. Our convoy of four standard Hiluxes and a Fortuner did, however, sustain two punctures courtesy of slashed sidewalls during the first loop of 25 km. It took us six hours to complete the set distance, which is an indication of the severity of the terrain we’d traversed. If owners of the new Hilux plan to embark on such a severe off-road excursion I would suggest fitting more off-road-biased tyres with stronger sidewalls.

Summary
Kudos to Toyota for having enough confidence in its products to enter standard-spec vehicles in this extreme event. The Hilux’s new 2,8-litre engine proved to be both refined and powerful and the slick six-speed manual transmission, along with the low-range transfer case, a joy to use. Whereas many other vehicles left the Jamboree on trailers, the Hilux transported my family and I back to the airport after the event under its own steam. Owners of the new Hilux can be assured that it is as tough and capable as ever.

Enquire
Call Dealer
Call Me Back
-
Similar Cars for Sale 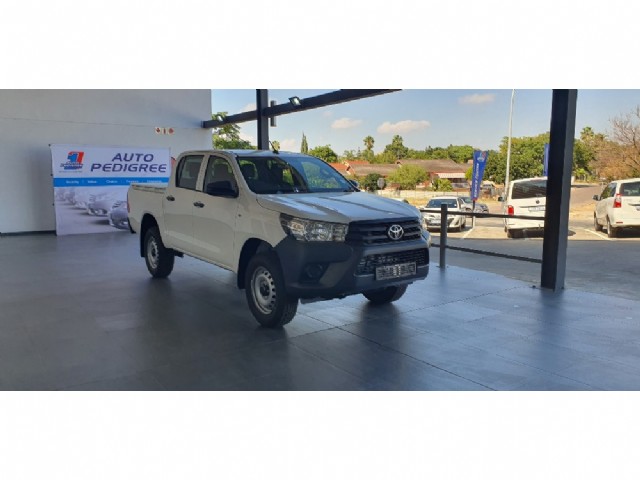 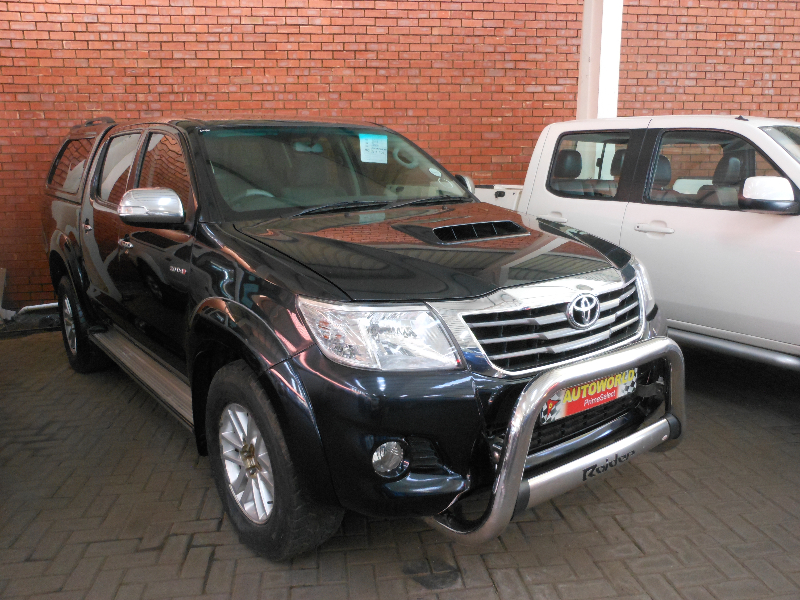