Please note: The buyers guide might be a different variant from the car being viewed.
999311573 Toyota and Isuzu join the beefed-up bakkie race. The former brings Dakar experience while the latter gets its mojo from Iceland…

It began with the Ford Ranger Raptor. It was the first bakkie that could back up its bulked-up appearance with pukka off-road racing performance (in contrast to the many DIY attempts plying our roads). This has seemingly created an all-new niche: the action bakkie. Whereas most performance divisions demand more power, this is not a prerequisite of the action bakkie. The OEMs rather focus their attention on visual appeal and technical prowess over broken surfaces. Toyota and Isuzu are the latest players.

Nasser Al-Attiyah won the 2019 Dakar Rally in a proudly South African-built Hilux. In doing so, he cemented Gazoo Racing (GR) as a global trademark for Toyota, although locally, the brand is still in its infancy. CAR was deeply impressed by the Yaris GRMN during Performance Shootout 2019 and you can read all about the GR Supra in our recent road test. To apply a similar motorsport infusion to the ever-popular Hilux would appear a natural progression.

Externally, the sporty Hilux gets a black bonnet, go-faster GR stickers, special side steps, extended wheelarches and bespoke 17-inch wheels with Bridgestone rubber. The grille with large Toyota lettering is a distinctive addition.

Technically, the Hilux’s suspension gets an upgrade via stiffer front springs and red, monotube dampers all-round, tuned for this application. However, the rear leaf springs remain standard. Remember, GR-Sport is only the second-tier performance level, followed by GR and the top-level GRMN grade.

The CAR team was divided on the bakkie’s visual appeal, with comments ranging from “a support vehicle to the Dakar team” to “plainly transport for a Toyota sales rep in need of attention”. The wheels, one inch smaller than those fitted to the Legend 50, appear slightly undersized.

The red stitching on the seats and steering wheel, the plaque with the serial number on the centre console (only 600 GR-Sports will be produced), piano black panels and red inserts across the dash lift the ambience of the standard Hilux. The instrument cluster looks fresh and the now fully integrated, eight-inch infotainment system with rotary knobs for volume and tuning is streets ahead of the old clunky unit. Some irks remain, though: limited reach adjustment on the steering column and an antenna mounted in the windscreen in line of sight of taller drivers.

Isuzu has limited racing pedigree to call upon and contacted specialist Icelandic company Arctic Trucks (AT) to tweak its D-Max. Since 1990, AT has focused on re-engineering four-wheel-drive vehicles for challenging conditions. Interestingly, the kit provided by AT is installed at Isuzu’s production facility in Port Elizabeth.

All the cutting and welding is done before the body-in-white is returned to the production line prior to entering the paint shop. It is later pulled from the line again for fitment of the rest of the AT package, including those massive 35-inch tyres (the spare is a standard size). The firm has trained a special team of technicians to conduct 50 conversions annually, following the same production standards as the base D-Max.

The result is an imposing vehicle which elicits smiles and stares wherever it goes. Although not all bakkie owners will admit this openly, secretly most wish their pick-ups could look like a supersized Tamiya radio-controlled off-road bakkie or a shrunken monster truck. The flared wheelarches and massive BF Goodrich tyres take centre stage. Fox dampers are added but the powertrain remains standard with no gearing adjustment despite the huge boots.

The cockpit is standard D-Max fare but there are some welcome touches in the form of padded surfacing on the facia and armrests. There is no reach adjustment on the steering column, however, and the infotainment system isn’t as easy to use as the Toyota’s.

The Hilux powertrain is a known entity but road testers did comment the transmission calibration feels more responsive than before. First impressions on the suspension upgrades are that the system feels slightly firmer than the already stiff standard setup on-road, a point we will revisit in the off-road section.

Our rigorous road test procedure produced a 0-100 km/h time of 12,45 seconds, with the braking test yielding an average of 3,19 seconds for the punishing 10-stop routine from 100 km/h. Understandably, these are similar figures to a non-GR spec Hilux but are still slightly disappointing for a vehicle with visual links to a Dakar racer.

The ageing engine tech of the Isuzu made itself heard and produced a fastest 0-100 km/h time of 12,54 (we tested a standard version at 12,51 seconds in 2017) which is only a smidgen slower than the GR-Sport. This is remarkable considering the added rotational inertia of those wheels and the higher overall gearing. Do not expect much overtaking punch above the national speed limit, though, with a tardy 120 km/h to 140 km/h acceleration time of 11,07 seconds (compared with 8,56 seconds for the GR-Sport). The Isuzu’s fuel consumption is impacted, too, with a fuel route figure of 9,6 L/100 km compared with the more-efficient Hilux’s 8,4 L/100 km.

Although the AT35’s speedo was recalibrated for the increase in wheel size, it still over-reads significantly with a true speed of 112 km/h at an indicated 120 km/h (the GR-Sport also over-reads by a similar margin). Braking performance was more than acceptable considering the off-road-biased rubber, with an average stopping time of 3,20 seconds.

The AT35 rides well on smooth roads but as soon as imperfections hit the wheels, the oscillations are felt after the bumps have passed owing to the flexing of rubber. This, plus the added tyre noise, limits long-distance comfort at speed. It takes a moment to get used to the elevated ride height and care must be taken on twisty sections, while parking in town can be a real challenge. In short, the AT kit ultimately impacts daily driving, just like the Raptor’s additions knock the Ranger’s everyday usability.

In contrast, the GR-Sport feels nimble and is easily placed, not dissimilar to a standard Hilux. Refinement levels are high and the cabin is well insulated against engine and wind noise. If you have to drop off the kids at school, the GR-Sport is a more sensible choice (although the youngsters will love the AT35’s looks).

These bakkies are designed to get dirty, so we embarked on a 400 km round-trip from Cape Town to Gansbaai covering tar, dirt and sand to gauge their overall competency. To assess the suspension performance of the GR-Sport, we took along an example of the recently launched Hilux Legend 50 for comparison. Covering lengthy, rough-dirt sections with both Toyotas, the team was hard-pressed to find substantial differences in the suspension. The GR-Sport’s setup is a tad firmer, offering slightly better control, but in no way is the difference as marked as with the Ford Ranger and Raptor.

The Isuzu was in its element when the tar ended. Again, those massive black hoops made all the difference, as they offer immense grip. Ground clearance of 268 mm (up 48 mm) and exceptional approach, break-over and departure angles meant rocks had little chance to damage its underbelly. Not as composed as the GR-Sport on fast-flowing roads, the grip advantage allowed the Isuzu to shine as the speed decreased over rough sections. Sand driving was a cinch and its pilot was more relaxed than the driver of the GR-Sport when an incline up a particularly soft section loomed. The AT35 later revelled in the brilliant white sand at Atlantis; the closest it is likely to get to sheet ice in Africa, although the driver craved more power when trying to scale the steep dunes. Manual Toyota HILUX for sale by Chat2Cars in South Africa. 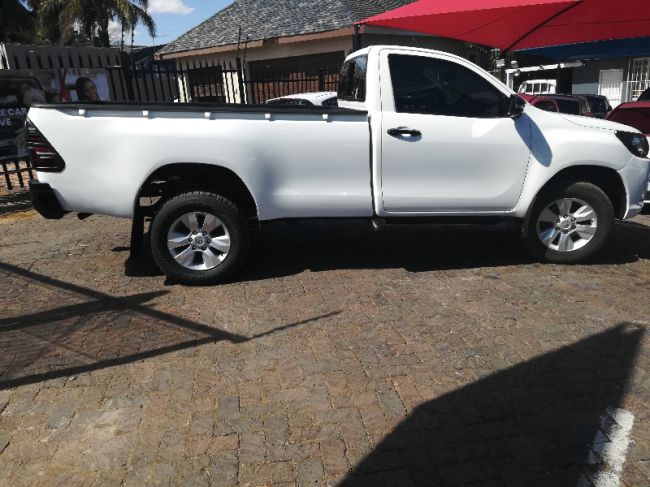 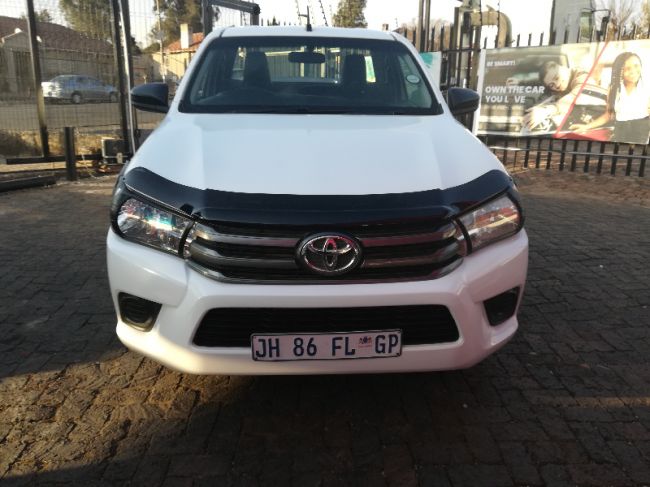 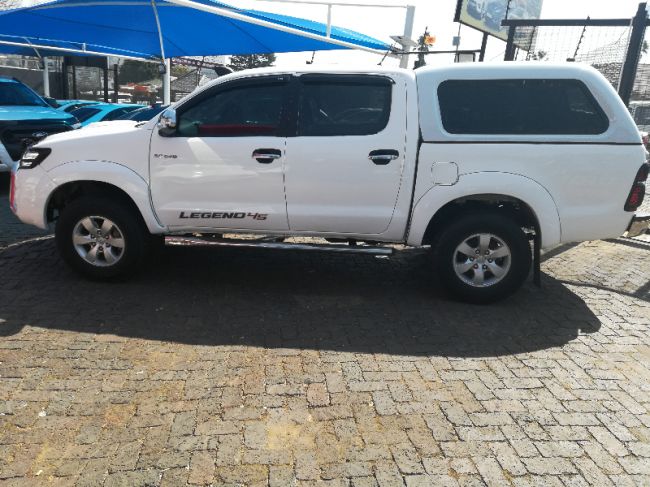