Please note: The buyers guide might be a different variant from the car being viewed.
999246399 As alternatives to the German Trio, the new XF and revised GS are excellent choices in this continually shrinking segment…

In the July 2015 issue of CAR, we compared the entry-level versions of the Audi A6, BMW 5 Series and Mercedes-Benz E-Class, and it was the four-ringed executive sedan from Ingolstadt that left with the spoils. As conclusive a test as that was for most buyers in this small market sector, what if your rise up the corporate ladder is accompanied by a desire to be distinctive? Jaguar and Lexus recently introduced 2,0-litre, four-cylinder executive options that might just sway you from the Germans and provide you with a left-field edge in the corporate car park.

Representing the British Isles is the brand-new XF, a vehicle that succeeds the sedan credited with spearheading Jaguar’s millennial renaissance. No pressure on the new model, then.

Under its svelte shape is Jaguar’s new modular aluminium architecture that was introduced with the smaller XE and stretched to here measure a generous 2 960 mm between the axles. Will that address our main criticism of the previous model: poor rear legroom?

This XF runs the entry-level turbopetrol, a 177 kW/340 N.m 2,0-litre unit. It’s coupled with an eight-speed automatic transmission that channels drive to the rear wheels. The trim level is mid-spec R-Sport, which brings visual enhancements to the cabin but eschews some of the luxury items fitted as standard to the more expensive Portfolio model. One 2,0-litre diesel and two 3,0-litre turbocharged V6 powertrains complete the range, while four trim levels serve varied buyer tastes.

The recently introduced 200t, conversely, is one of just two GS models (the other being the dearer 350). It comes in one lavish spec level and uses the new 180 kW/350 N.m 2,0-litre turbopetrol engine that we first experienced in the NX crossover. Like the Jaguar, the powertrain sends thrust to the rear wheels via an eight-speed automatic transmission.

So, their power and torque figures are closely matched, as are their gearboxes, and the larger aluminium-bodied XF is just 42 kg heavier. On the surface, there’s very little that distinguishes the two sedans…

The companies’ varied interpretations become clear as soon as you evaluate their exteriors. Where the Japanese car is a riot of discordant details set upon a conservative shape, the Jaguar plays it safe all round. Too safe, perhaps? Looking for all the world like an XE, especially aft where the two siblings are effectively indistinguishable, the XF is beautifully balanced. The front overhang, for example, is a whole 66 mm shorter, but ultimately the XF is blandly wrought.

Ditching its predecessor’s coupé-like roofline in favour of a design that sees rear headroom rendered class-competitive (27 mm more, which has been aided by the engineers lowering the rear bench), this Metallic Glacier White XF benefits from the addition of 20-inch Matrix “contrast diamond” alloy wheels at a pricey R32 500, a Gloss Black Pack (R7 100) and the R-Sport body kit. Without these items, and shod with standard-fit 18-inch wheels and plump tyres, the XF is elegant but derivative of the XE.

The GS, meanwhile, sports an ornate interpretation of Lexus’ familiar spindle grille, swooshes below the xenon-equipped headlamps that function as daytime-running lamps, deep scallops in the front bumper, and wide but shallow chrome surrounds for the rear exhaust outlets. It’s visually more interesting, but there’s little doubt the British car has the more cohesive appearance.

That impression is only enforced when you climb aboard. The Jaguar has a conservative facia, with a traditional centre stack and wide plank of interior trim spanning the width of the facia. The Lexus, meanwhile, attempts to meld old-school cool – the solid controls for the audio system that recall that of a high-end home stereo from the 1980s – with a crystal-clear display screen, with mixed results.

Like the XE with which it shares major cabin componentry, the XF’s cockpit favours minimalism over mess. Gone are the rotating central air vents of the previous model – only the outer vents retain this feature – but the rising gear knob remains. What hasn’t been carried over from the previous version is its annoyingly clunky infotainment system. The XF boasts InControl Touch that makes a mockery of the Lexus’ clumsy haptic controller – assessing functions on the touch-sensitive screen couldn’t be easier, and our only gripe is that the system’s response to a selection isn’t quite as quick as we’d like. Taking its well-planned functionality into account, and considering the full 12,3-inch option is available only as part of a package that also upgrades the audio system at a cost of R31 900, we’d advise buyers to stick to the standard unit.

Once ensconced in the Jaguar’s comfortable driver’s seat with (the surprisingly) optional electric adjustment, immediately obvious is the high belt-line and the so-called Riva strip that encircles the cockpit. It culminates in a subpar-quality Jaguar badge above the dashboard which served to highlight the trim issues picked up by a number of testers. These included a misaligned steering column shroud, skew dashboard stitching and faint but audible rattles. This despite the cabin being generally very well trimmed in the occupants’ line of sight and lower down where their eyes and hands don’t often venture.

By contrast, comments on the Lexus invariably included compliments on the quality, fit and finish of its interior trimmings. Whatever your opinion of the bronze-coloured plastic trim elements that encircle the air vents and make up the spokes of the steering wheel, the GS’ perceived quality is in another class to the XF’s. Despite being more refined than the Jaguar at highway speeds, we couldn’t detect a single cabin squeak.

That’s just as well, as the rest of the Lexus’ cabin loses points for usability and seating comfort – that transmission-tunnel-mounted scroll pad needs a rethink on its original introduction, and the front pews are placed too high for some.

The biggest – literally – stride Jaguar has managed to make is in terms of room for rear-seat occupants. We measured 721 mm of legroom, placing it mere millimetres behind the commodious BMW 5 Series and the GS (which, with 735 mm of clearance, is one of the most spacious vehicles in the class), while 892 mm of headroom means a brace of six-footers don’t have to slouch when seated on the superbly comfortable bench. The Lexus offers as much headroom aft, and even more up front.

The GS also has the advantage in the luggage stakes, swallowing a considerable 368 dm3. At 256 dm3, the Jaguar’s boot is woefully inadequate to carry the detritus of a four-member family, but it’s the only one to offer a fold-forward function on the rear backrest, increasing the size to a more substantial 856 dm3.

Like we mentioned at the top of this comparative test, both vehicles feature 2,0-litre turbo-charged petrol engines that offer commendably more power and torque than the equivalent entry-level German options (although the A6 and 5 Series have more powerful alternatives that are within reach of these vehicle’s prices). Whereas the Jaguar’s unit favours revs and sounds quite rorty in the process, the Lexus’ powertrain prefers to slur through the ratios to keep it in the meat of its torque band.

There’s very little difference in their performance figures: the Jaguar is slightly quicker to 100 km/h; the Lexus accelerates harder at highway speeds, but only just; the latter is slightly more fuel-efficient, but neither consumes more fuel than the norm. Both vehicles make excellent use of their transmissions, although testers mentioned the Jaguar’s is too eager to change down when only mild acceleration is requested.

Jaguar claims the XF body shell is 28% stiffer than before, while with its recent facelift Lexus added 188 points of spot-welding to the GS’ frame to bolster rigidity. Both vehicles feel incredibly stiff over rough roads, but that’s where their similarities end. R-Sport XFs feature a sport-suspension configuration, with V6 models additionally boasting an Adaptive Dynamics system that monitors body movements 100 times a second and wheel deviations 500 times a second, and in addition allows the driver to tailor the throttle mapping, transmission shift alacrity and steering weight.

Our test vehicle, on the more basic setup, offered a balanced chassis setup that struck a perfect midway point between ride composure – there’s some pitter-patter at very low speeds that’s forgivable considering this vehicle’s low-profile tyres – and engaging dynamics. The electro-hydraulic steering system is a highlight; its weighting is moderate, the ratio is quick and kick-back is absent.

The Lexus favours comfort, but with mixed results. Its secondary ride is exemplary, managing to absorb road scars with measured aplomb, but body control can’t match the Jaguar’s, leading to quite a bit of head-tossing on undulating surfaces. That said, it’s ultimately the more comfortable of the two when you take into account how refined the cabin is.

Both sedans stopped from 100 km/h in an average of less than 3,0 seconds without drama. In this dynamic discipline, too, the Jaguar is the more engaging – its brake pedal is firm underfoot and easy to modulate. Jaguar to take on the Germans with ‘small’ hatchback model – report Wait, what? Jaguar Land Rover has cut pricing in SA! Automatic Jaguar XF for sale by Chat2Cars in South Africa. 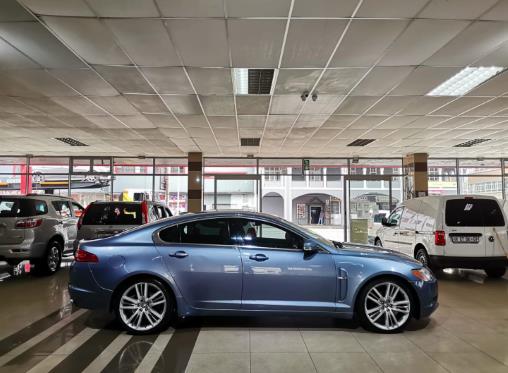 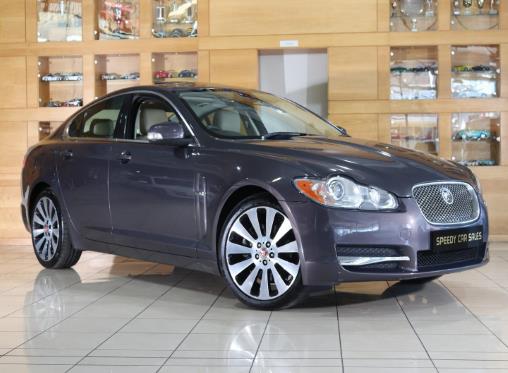 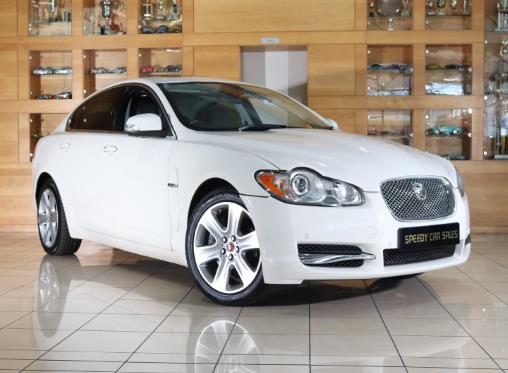