Please note: The buyers guide might be a different variant from the car being viewed.
999447565 Entertaining as ever, does the refreshed Mini Cooper still rule the boutique hatch roost?

The Mini has never pretended to be all things to all people. Since the introduction of the R50 hatchback in 2001, the Mini Hatch has focused on delivering brilliant driving dynamics housed in a retro and trendy bodyshell, with interior space and practicality playing second fiddle. Even so, since the reimagined Mini came to life, over three million units have been produced at the Oxford plant, no mean feat for a boutique hatchback.

The refreshed F56 three-door now faces stiffer competition than it did when originally launched in 2014, in the form of the recently revived Audi A1, not to mention the numerous crossovers in this price bracket vying for attention. Finished in Solaris Orange (a R2 550 option), our test unit cut a funky figure on the road, its bright paintwork and nostalgic design still catching the eye of many road users, even five years after its initial release.

Step inside the compact cabin, which now offers a multifunction steering wheel and 6,5-inch touchscreen as standard across the range, and it’s more of the same, the “retro meets contemporary” interior festooned with interesting touches. From the half-moon styled door handles to the starter button that resembles a fighter jet’s missile launcher, the interior has a sense of occasion to match its impressive perceived build quality.

The dashboard and door panels are made up of soft-touch materials, while the three-spoke sport steering wheel is trimmed in quality leather. The seats ought to be commended too, with plenty of adjustment and support, meaning that the perfect driving position can be found for most drivers. There were a few grumbles from members of the team about the odd placement of the armrest in relation to the handbrake, their shared space means it’s slightly awkward when trying to use either, or the infotainment controls sited next to the handbrake lever.

Despite the compact cabin, there is a satisfactory amount of space for passengers up front, with great levels of knee- and headroom. The back seats, however, are best left for short journeys or for ferrying young children around.

Fire up the three-cylinder 1,5-litre and the engine emits a deep, sporty hum. At start up, the power unit does tend to send tremors through the structure but once on the move settles down and is refined. Offering 100 kW and 220 N.m of torque, the Mini feels positively sprightly round town.

The three-cylinder unit bristles with character, emitting a gruff note under hard acceleration. It has the performance to back up the charm, too, with an impressive 0-100 km/h time of 8,55 seconds recorded on our test strip.

While various testers lamented the lack of a clutch pedal on this press unit (a manual is available), the new seven-speed dual-clutch transmission received high praise, specifically for its quick response and smooth shifting. It is equally at home pottering about town or holding on to a gear for some spirited driving.

On the open road, the Cooper is an entertaining vehicle to drive, with the steering receiving plenty of positive, ahem, feedback. Weighty, the electrically assisted system is direct and quickly geared, making the Mini a joy on twisty roads and a doddle to navigate through narrow city streets. The firm suspension setup certainly aids the Mini in feeling balanced and controllable; the downside is the ride quality that can jolt when confronted with a bump or pothole. At higher speeds, however, it’s smoother.

While the claimed fuel consumption is an ambitious 4,8 L/100 km, we managed 6,3 L/100 km on our standardised fuel route, which is commendable. The fuel consumption is aided by a stop/start system. Unfortunately, it is rather abrupt in its operation and most testers switched it off. 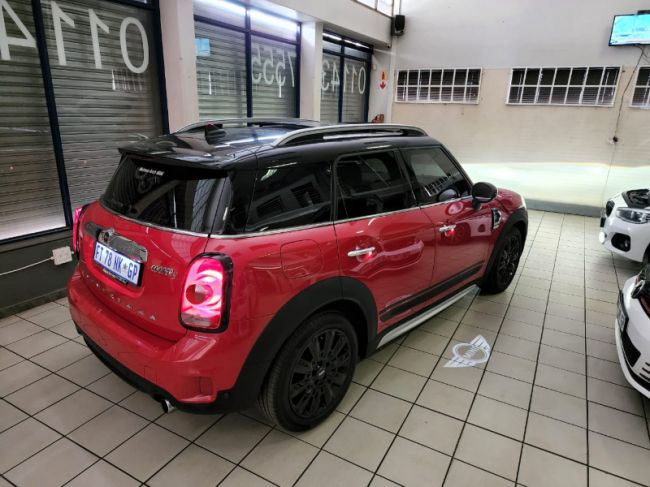