Used Mitsubishi Triton 2.5 Di-Dc Club Cab for sale at city Wheels in South Africa. This White LIGHT DELIVERY has an Manual Transmission with 245001km and is a 2011 model. Nationwide delivery, All trade in's accepted and Finance available through all major banks.

Please note: The buyers guide might be a different variant from the car being viewed.
999311636 The updated Triton wears a brave new face as it squares off against an intriguing new Ranger model. We pit the Mitsubishi Triton 2,4 Di-D 4×4 AT against the Ford Ranger 2,0 SiT XLT 4×4 10AT…

Published as part of a 4×4 double-cab shootout in 2017, the last time we pitted a Ford Ranger against its dark-horse rival, the Mitsubishi Triton, it was the latter which placed one step higher on the podium (second to the Volkswagen Amarok). The top-of-the-range, fifth-generation Triton arrived ahead of that shootout complete with bolder exterior lines and reconsidered packaging. Despite its relatively compact profile alongside the six other contenders gathered on the day, it offered impressive levels of comfort and refinement, including one of the quietest cabins in its class.

The respect the Mitsubishi garnered in that shootout came as a surprise to our test team (including South African rally legend Hannes Grobler). Meanwhile, the quiet confidence with which our then-six-time Top 12 Best Buys leisure-bakkie winner (it’s since won two more titles) – the Ford Ranger – went about its business proved less of a revelation. Sharing its points tally with the fourth-placed Toyota Hilux, the XLT-badged Ranger impressed with its overall comfort, its Sync3 infotainment interface and its all-round ability no matter the terrain. However, it did draw criticism for lacklustre low-down performance and a corresponding fuel consumption penalty associated with its 3,2-litre five-cylinder turbodiesel engine.

Updates to both the Triton and Ranger line-ups have been introduced while both of the aforementioned derivatives are still on sale (the Mitsubishi while stocks last). The Japanese maker will be hoping the facelifted Triton range can use its more purposeful styling to gain sales traction. Meanwhile, Ford has used the minor cosmetic tweaks and the arrival of the highly anticipated new Raptor derivative to launch a new family of drivetrain options to its locally built Ranger, South Africa’s best-selling double cab.

Nevertheless distinct, it’s difficult not to concede the arrival of the Triton nameplate in South Africa in 2006 – to replace the outgoing Colt range – brought an altogether softer, less utilitarian stance. Mitsubishi assumed it would find favour among an audience wanting a more sophisticated, less macho bakkie experience. Attempting to return a level of bravado to the package, the newest Triton boasts the brand’s Dynamic Shield front-end, complete with an imposing, chrome-finished slatted grille, trim headlamp clusters and prominent foglamp units; it’s a visage that wouldn’t look out of place on the set of a Transformers movie. Together with standard two-tone 18-inch alloy wheels, fitted runner boards and a healthy helping of chrome accents, the top-of-the-range Triton drew more attention in traffic than the outgoing model.

The refreshed Ranger line-up is distinguishable by its lower, wider bumper and grille, as well as a new 17-inch alloy wheel design that can be ordered with a black finish. Interestingly, XLT-spec (as tested here) is sold without a roll bar or fitted tonneau cover but this grade does include a tow hitch. Owners seeking to make their Ranger purchases look more like the top-spec Wildtrak or Raptor will need to spend R6 500 for a roll bar, R4 500 for a tonneau cover and R1 200 for metallic paint. On a practical note, it costs R4 750 to rubberise the load bay of a Ranger double cab. All of these items, excluding a R5 500 tow hitch, are included on the Triton.

The Ranger features a dedicated mounted spotlight for its load bed, as well as the brand’s impressive EZ lift system which makes light work of closing the tailgate. The Triton counters this by offering a hydraulically assisted lowering function on its tailgate. While the Ford’s flap locks along with the vehicle’s central-locking system, the Mitsubishi’s stern cannot be secured.

The Triton’s glove compartment, however, can lock (the Ford’s not). It forms part of an unchanged interior that, while starting to show its age, is still as accommodating as ever with comfortable leather upholstery. The driver’s pew offers a wide range of electrical adjustment – including height – and rake and reach adjustments on the steering column are a welcome and rare inclusion within this segment.

Lauded by the CAR team for its usability and impressive functions bouquet (including smartphone pairing and satellite navigation), we were disappointed to learn the top-of-the-range infotainment system in the Triton is a R10 000 option; the standard system looks a tad rudimentary against the likes of Ford’s modern Sync3 technology.

Equally comfortable, with a healthy lick of solid-feeling materials, the Ranger feels more upmarket than the Mitsubishi. Its manually operated leather-bound driver’s seat offers a decent range of adjustability which almost makes up for the absence of reach movement on the steering column. It does have a fussier arrangement of controls and functions – including a confusing collection of steering wheel-mounted buttons and relatively small climate-control settings – but it is complemented by auto headlamps and wipers, as well as the aforementioned standard touchscreen-based infotainment system.

While keyless entry (and ignition) is standard on both vehicles, the Triton relies solely on a reverse camera, whereas the Ranger features parking sensors front and rear.

Proven in terms of performance, reliability and relative efficiency, the updated Mitsubishi Triton range is offered exclusively with the brand’s 2,4-litre turbodiesel engine mated with either a six-speed manual or new six-speed automatic transmission. Boasting 133 kW and 430 N.m of torque, there’s a sense of familiarity to the Triton’s drivetrain setup and the additional ratio added to its self-shifting option offers an additional layer of cruising-speed refinement. Still one of the lightest vehicles in this segment (this new version recorded 2 025 kg), we were able to improve on the 8,40 L/100 km fuel route figure achieved by the 37 kg lighter model tested in 2017.

The biggest news on the updated Ford Ranger range (the arrival of the new Raptor aside) is the introduction of the brand’s 2,0-litre turbodiesel engine mated with a 10-speed automatic transmission. Using bi-turbo technology to achieve 157 kW and 500 N.m of torque in Wildtrak and Raptor applications, as fitted to XLT models, a single turbo provides 132 kW and 420 N.m from 1 750 r/min.

Co-developed with GM, Ford’s new 10R80 transmission is designed to offer smaller, less noticeable steps between each ratio, as well as the fuel-saving benefits associated with three overdrive ratios. In practice, though – and especially after swapping out the old-school Triton – you have to wonder whether the US brand hasn’t overcomplicated matters. While things settle down at cruising speeds when you reach eighth, ninth and 10th gears, in town it’s impossible not to notice the constant transmission adjustments as it seeks to keep the engine operating within an optimal rev range. Mercifully able to skip ratios where necessary, there’s a hint of a CVT-like slip on pull-away.

All but matching the performance figures achieved with the 3,2-litre XLT (with its six-speed automatic transmission), we were nevertheless able to improve on that vehicle’s fuel run figure, bringing it down from 9,40 L/100 km to just 7,90 in the newer offering.

With no significant changes to the Triton’s drivetrain, this vehicle’s standard Super Select all-wheel-drive system remains easy to use when tackling varying terrains. Able to switch from RWD to a variable all-wheel mode or locked 40:60-split, front to rear, the Triton makes the most of its small dimensions and a light-on-its-feet demeanour to deliver a plucky feel. The level of suspension compliance inherited from its fourth-generation predecessor makes the Triton one of the most comfy bakkies on the market.

Good news for Mitsubishi fans is the Triton’s homologated tow rating has been adjusted upwards to 3 100 kg. That said, while Ford quotes a braked tow rating of 3 500 kg for its new 2,0-litre single-turbo drivetrain, this feels somewhat optimistic.

At 54 kg lighter than the 3,2-litre unit, the Ranger 2,0 SiT 4×4 still feels substantial. Thousands of enthusiastic owners no doubt relish this but probably less so when negotiating the local shopping-centre parking lot. Ultimately firmer in most conditions, the Ranger’s suspension setup manages to find a pleasing balance between planted, on-road confidence and gravel-surface precision. Its well-weighted steering adds to an overall sense of go-anywhere purpose. 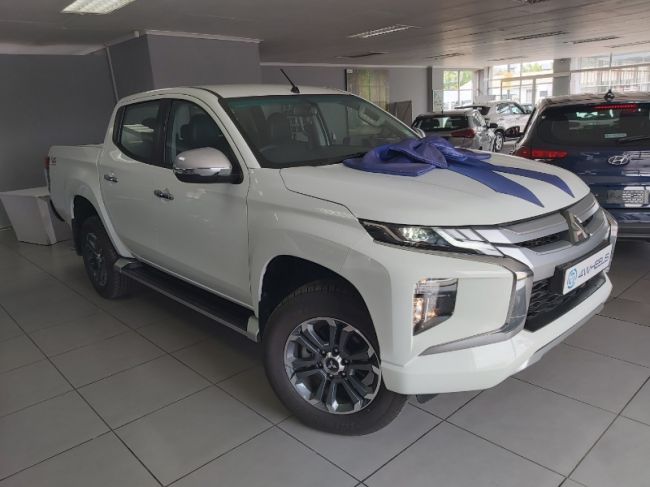