2011 Toyota Yaris 1.3 engine capacity with 85000km on the clock. Factory Tinted Glass. Features : Sport drive with cruise Control,aircon, App connect, CD, Usb, adaptive lighting package, Radio, Air bags, Electric Windows, Alarm, ABS. Includes. Full service history record on the vehicle.We do finance with all Banks, No deposit required, check if you qualify for finance and get a good interest rate.the price is negotiable with discount. We deliver Nation wide.Don't miss out on this unbelievable offer only in this Month whilst stock last and only available at Princo Auto at No 34 Eloff Street Johannesburg CBD close to Gandhi Square.For more information on this vehicle please contact the dealer Prince

Please note: The buyers guide might be a different variant from the car being viewed.
234694

Toyota South Africa (TSAM) will have fond memories of the 2005 launch of the Yaris range (although then new to our market, it was the second generation model)… The Prospecton-based manufacturer sold 11 000 Yarises in the first six months that it was on sale. Now, as TSAM prepares to introduce the newest Yaris line-up to the local market, it will hope bank on the loyalty of those, and subsequent, B-segment buyers.

Although the first local Yaris’s success was well deserved – providing a honest and reliable package, with decent value and enviable resale – the market has changed dramatically in the past few years and, apart from a host of new and capable rivals arriving on the scene in recent times, a strained economic climate has seen buyers increasingly conscious of getting the most for their hard-earned money.

With this in mind, the new Yaris range aims to cater to a potentially broader audience than ever before (aged between 25 and 34-years old) by offering improved overall quality, healthy standard specification levels, and maximum efficiency. The previous Yaris appealed mostly to females, but the new one has decidedly sharper lines and an arguably more planted stance, which should result in greater interest from male buyers. What’s more, all but the entry-level models gain 15-inch alloy wheels and a selection of colour-coding and trim upgrades are available through the three specification levels; Xi, Xs, and XR.

Though identical in width to the previous car, the new Yaris is 100 mm longer – with a 50 mm gain in wheelbase length – than the vehicle it replaces. The main benefit of these new dimensions can be found in improved rear passenger legroom and increased luggage space. Also worth noting is the clever use of profiled panels on the facia and door trimmings, which actually gives the new car a wider (30 mm), and more spacious look and feel than in the outgoing car.

My first experience of the new Yaris was in a top-of-the-range XR model and I have to admit to have been pleasantly surprised by the overall levels of perceived quality. While the facia can look a bit fussy thanks to a slightly clumsy mixture of surfaces and textures, the latest Yaris definitely feels like a more grown-up car than its predecessor. The return of the instrument cluster to its traditional place of above the steering wheel has also gone a long way towards improving the ergonomics and functionality of the cabin.

It’s doesn’t happen often, especially in smaller cars, but, aided by a good range of height adjustment on the driver’s seat, and with rake and reach flexibility on the steering column, I was able to find a comfortable driving position behind the leather-trimmed steering wheel.

With all the cars available at the launch fitted with Toyota’s new touch-screen infotainment interface (standard on XR models) I wasn’t able to sample the default audio system, but owners with this top-spec item fitted to their cars will find it both user-friendly and upmarket. I had to hunt to find them (they’re located deep within the glove compartment), but all models feature USB and aux-in ports.

The only obvious concern I noted in the otherwise solid-feeling interior was a larger-than-expected gap between the glove compartment lid and dash. On more than one launch unit, the illuminated light within the (closed) compartment was visible from the passenger seat. I suspect this would be even more noticeable at night, though we’ll give Toyota the benefit of the doubt that these were pre-production models.

The electrically-assisted steering remains light, and slightly vague, at freeway speeds, but around town this feature, together with the car’s impressively tight turning circle, should make the new Yaris nicely maneuverable.

Two engine options (both petrol) are available in the new Yaris range and I have to admit to enjoying the smaller of the two the most during the (sea-level) launch. This “little” 998 cm3 3-cylinder engine loves to be revved and, even though it can be heard working hard, seems to enjoy getting the job done. Although the standard five-speed transmission might need to be worked overtime by owners living at altitude in order to keep this 51 kW/93 N.m “on the boil”, it has to get an A for effort in my book. Of course the advantage for those who are quite happy to simply keep pace with the ebbs and flows of modern city commuting is that this engine/transmission combination boasts a claimed overall fuel consumption of just 5,1 litres/100 km and is exempt from emissions levies with its 119 g/km rating.

A 73 kW four cylinder 1,3-litre engine is available with either a six-speed manual or new Multidrive CVT ‘box. With our launch route forcibly shortened by inclement weather conditions, I was unable to satisfy my curiosity and sample the automatic option, but I can report that the top ratio of the manual version is definitely a cruising gear. That said, it does help the most powerful new Yaris achieve an enviable claimed fuel consumption of just 5,6 litres/100 km.

11 models, including three- and five-door body shapes, are available in the new Yaris range. With no saloon version of this model generation planned, the current (second generation) Yaris Saloon will continue to be sold in conjunction with the new hatch.

Toyota South Africa Motors forecasts 1 000 sales of the new Yaris range per month. That won’t quite match the boom that the last model enjoyed, but the game has changed somewhat in the past 6 years. The Yaris faces stronger competition than ever before and arguably has some catching up to do in terms of offering the same kind of value and driver enjoyment as the others in this segment. Based on first impressions, if you accept the fact that there is a trade-off between outright performance and tank-to-tank efficiency, the new Yaris, with its vastly improved quality, decent standard specification levels and, of course, Toyota’s reputation for reliability, looks set to compete for top honours once again.

Look out for a special report on the new Toyota Yaris range in the December 2011 issue of CAR. 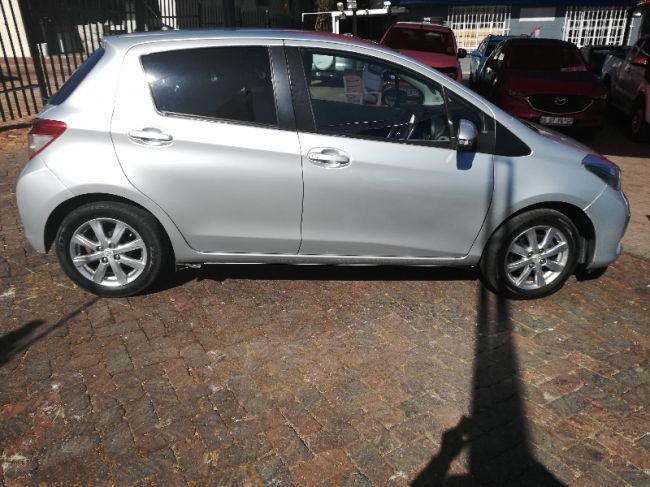 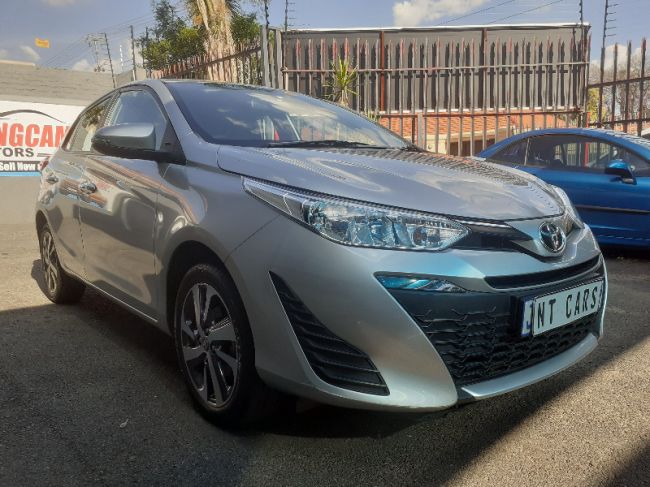