Please note: The buyers guide might be a different variant from the car being viewed.
999508404 A new 1,0-litre engine transforms the Nissan Micra but this flagship model isn’t the obvious choice…

When we last tested the current-generation Micra back in August 2018, it failed to score a resounding thumbs-up from the CAR team. While we appreciated its design and praised the strong standard specification, its relative lack of refinement compared with the sophisticated VW Polo and Ford Fiesta came in for a fair deal of criticism. The tiny 0,9-litre triple – shared with the outgoing Renault Clio and until now the only engine on offer, but still on sale – is a surprisingly feisty performer that transmits too much noise, vibration and harshness into the otherwise serene cockpit.

Nearly two years into its model cycle locally, the Micra range recently underwent a nip and tuck. The biggest change, of course, is the addition of the Renault-Nissan-Mitsubishi Alliance’s 1,0-litre turbopetrol engine. It’s available in three trim grades – Acenta Plus, Tekna and Tekna Plus, tested here – but only with a six-speed manual transmission. Will that hurt sales in a market segment flush with self-shifting options? Nissan SA says no but is planning to introduce an automatic option.

Let’s start with the new powerplant, then. A direct-injection unit, Nissan claims its delta cylinder head (narrower and lighter than traditional items) ensures the power unit is compact and light. The 1,0-litre’s power output of 84 kW is a segment-average figure, as is its maximum torque of 180 N.m available in a swathe from 1 750 to 4 000 r/min. Performance is middling and can’t match performance data we recorded with the equivalent Fiesta and Polo. The 13,18-second 0-100 km/h sprint time is a mere 0,26 seconds quicker than the 66 kW 0,9-litre’s figure and it’s barely swifter in-gear (in some increments, surprisingly slower).

Where the new engine is a vast improvement over the 66 kW is in refinement. The new option is much smoother on start-up, displays less turbo lag and sounds less strained approaching the redline. It feels quicker than its performance stats would suggest, too.

Another improvement is the six-speed transmission instead of the 66 kW’s five-speed unit. While the clutch’s biting point is still frustratingly high, the transmission changes cogs with an oiled, plugged-in feel making it a pleasure to stir the stubby gearlever.

All 1,0-litre models have a ride height dropped by 10 mm and firmer suspension tuning, ostensibly to offer a more dynamic driving experience. We’re normally left sceptical when we see such a claim in press material; those crucial comfort levels often suffer at the altar of “sportiness”. Thankfully, despite its revised suspension and serious rubber – 205/45 R17 Bridgestones – the Micra 84 kW strikes a sweet spot between cornering control and a ride which remains unruffled over most pockmarked surfaces. There’s an underlying firmness to this chassis, certainly, but most buyers should be pleased with the balance Nissan has set.

The steering is less impressive, being a touch vague at all speeds and showing an unwillingness to self-centre, but its weighting is good, so town-driving is an unfussy affair. Braking performance, as on the 66 kW model we tested before, is first-rate.

Aside from a new engine, what else do you get for a R342 600 outlay? A surprising amount. The big-ticket item on the spec sheet is a Bose Personal sound system comprising two UltraNearField speakers fitted to the driver’s headrest, as well as an amplifier under their seat, tweeters in the dashboard and wide-range speakers in the front door. Seated in the captain’s pew, there’s certainly more clarity and depth to the sound production but elsewhere in the cabin the system sounds much like those you’d find in any rival. The headrest speakers also creak quite a bit. Manual Nissan Micra for sale by Chat2Cars in South Africa. 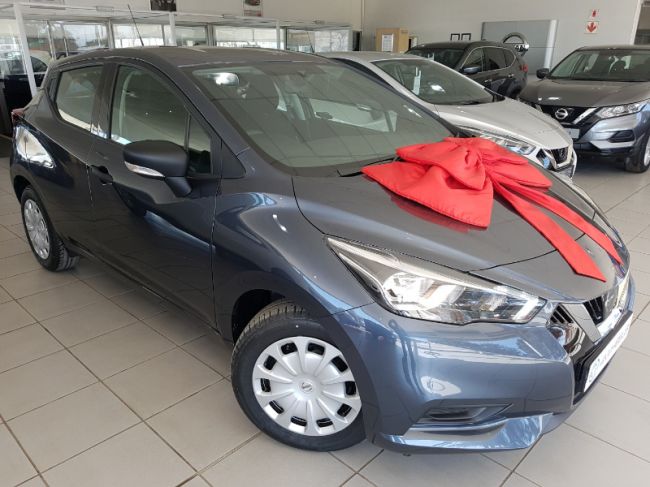 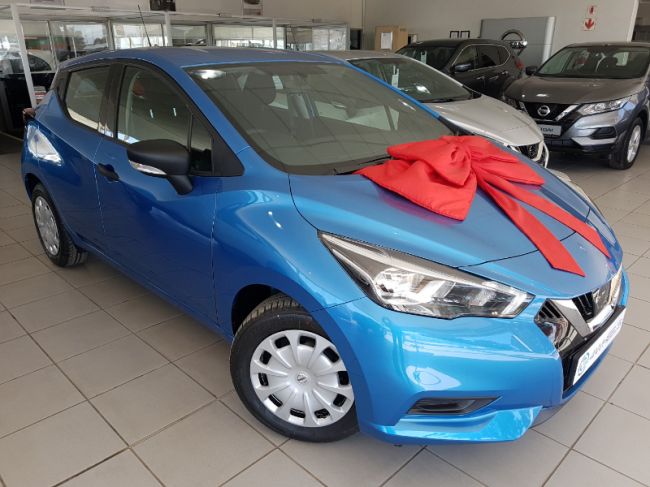 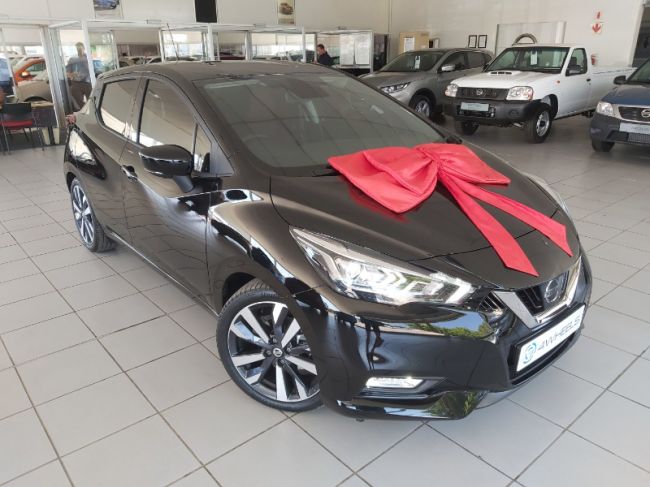