Please note: The buyers guide might be a different variant from the car being viewed.
999241509 While fiercely loyal Toyota Hilux double-cab owners would argue there was little need for continued development of their favourite bakkie past the fourth-generation model (introduced in 1983), the incremental evolution of this popular range has seen it dominate local sales charts for close to 50 years. That said, a lot has changed in the double-cab market in the 12 years since the last new Hilux (sixth generation) was launched, most notably in the shape of its competition.

It’s long been rumoured that one of the reasons for a delay in the launch of the latest Hilux has been the interim introduction of vehicles such as the Volkswagen Amarok and current-generation Ford Ranger. Both VW and Ford target lifestyle-oriented buyers by offering higher levels of comfort and refinement over and above the levels of toughness associated with this segment. Certainly, the Amarok, if often scorned by the “hard-core” off-roading (and farming) community, has highlighted the fact that modern double-cab ownership need no longer be associated with a compromise in comfort.

Where the Amarok has been perceived as being too cushioned since its 2011 introduction and the outgoing Hilux a little too utilitarian, the current Ranger has made significant inroads into Toyota’s segment domination by successfully bridging the gap between these two rivals. Recently facelifted to coincide with the launch of the (Ranger-based) Everest SUV, as well as to introduce a more rugged stance, the Ford represents the biggest challenge to the success of the all-new Hilux.

While the aforementioned purposeful stance of the revised Ranger range is emphasised by this flagship Wildtrak model’s unique paintwork, exclusive rollover bar and one-size-larger (18-inch) alloy wheels, there’s no denying the air of purpose imbued by the chrome-highlighted, F150-Series-inspired grille updates granted to XLT Rangers that rival the Hilux’s Raider spec.

There might be no shortage of brightwork on the new Hilux Raider’s grille, but most CAR testers agreed that the Toyota, while visually aligning itself with other models in the group’s portfolio, is less imposing than the Ford when seen in a rear-view mirror. That said, the new Hilux has grown and is both wider (5 mm) and longer (61 mm) than the Ranger, but slightly narrower. Viewed in profile, the Toyota has the more predominant snout (1 000 mm versus 905 mm) but, despite this, the Hilux boasts the greater claimed approach angle (31 versus 25,5 degrees) of the two.

Packaging
By updating the facia of the Ranger to mimic that of the recently introduced Everest SUV, Ford has included nearly every modern convenience available on its top-of-the- range Fusion sedan. This includes the company’s intuitive Sync2 touchscreen (and voice-activated) infotainment and Bluetooth system, as well as (in XLT and Wildtrak specification) climate control and comprehensive onboard trip computing. Two of the most obvious improvements to the Hilux’s roomier cabin, aside from Raider-spec leather upholstery and matching multifunction steering wheel, is the absence of a secondary transmission lever and the inclusion of a sophisticated-looking new touchscreen display unit. While the neat rotary drivetrain-mode selector is more convenient to use (and frees up interior space), we cannot say the same for the fussy infotainment system; as clear as its display may be, it attracts dust and requires too much concentration (i.e. eyes from the road) to operate.

A welcome addition to the Hilux is reach adjustment on the steering column to supplement the rake function. While our taller testers prefer an even greater range of adjustability, this small convenience will no doubt help with seating comfort. Despite its steering column offering only height adjustment, however, there were no complaints about driver comfort in the Ranger. A more raised driving position in the Hilux counters the car-like configuration of the Ranger, and this, in turn, means greater visibility from the cabin of the Toyota.

As confirmed by our measurements, it’s the Ford that offers more leg- and head-room in the rear seats. While Isofix anchorage points are a welcome inclusion in both models, it’s surprising that neither manufacturer thought to offer ventilation ducts for rear passengers. The Toyota’s sliding rear window offers some consolation.

Powertrains
Replacing the well-known 3,0-litre D-4D engine in the Hilux is an all-new 2,8-litre turbodiesel. It delivers 130 kW of power and 420 N.m of torque (from 1 400 to 2 600 r/min) when mated with a six-speed manual gearbox, and 450 N.m (1 600 to 2 400 r/min) when paired with a new six-speed automatic transmission. Having experienced both options, the manual version in this exclusive first test and the automatic at the international Hilux launch, it’s evident this drivetrain is the trump card in Toyota’s armoury. More refined in its workings than the recently updated 147 kW 3,2-litre Duratorq powerplant fitted to the Ranger, the Toyota’s engine also outperforms its five-cylinder Struandale-built competitor on the road and burns less fuel in a combined cycle.

Dynamics
Combining this livelier powertrain with the lighter (by nearly 200 kg compared with the Ranger) Hilux body, the Toyota feels easier to manoeuvre, both around town and off the beaten track. Ford fans will counter that the Ranger feels more substantial than the lithe Hilux, yet it’s difficult to argue against Toyota’s track record for durability. Despite Ford’s adoption of an adaptive electric power-steering system in the Ranger line-up, it’s the hydraulic setup in the Hilux that feels more intuitive while offering greater feedback.

An area where the outgoing Hilux drew heavy criticism when compared with nearly all of its rivals was ride quality. Significant improvements have been made in this department, but there remains a firmness and resultant jostle to the new vehicle’s on-road manner that seems destined to remain an Achilles’ heel, even when up against the Ranger Wildtrak on its standard 18-inch wheels and lower-profile tyres. That said, like its predecessor, putting a load on the Hilux’s rear leaf springs improves its ride quality.

A day spent off-road with both vehicles proved that they are only as capable as the person behind the wheel. Both bakkies feature on-the-fly shifting into all-wheel drive for gravel-road expeditions and, while you’re likely to feel more bumps over broken surfaces in the Hilux’s cabin than the Ford’s, both double cabs are composed on loose surfaces. Both the Ranger Wildtrak (and XLT) and Hilux Raider offer stability control and trailer-sway-control systems. The Hilux’s braked towing mass has increased to match its rival’s 3 500 kg maximum.

Effective low-range transfer cases and hill-descent control, together with one-touch rear-differential locks, add to their go-anywhere prowess. Of interest is the fact that the Hilux offers a maximum wading depth of 700 mm compared with the Ranger’s 800. Bragging rights? Heading into town, we were grateful for the Hilux’s (relative) lightweight manoeuvrability compared with the bulk of the Ranger, even if the Ford offers the tighter turning circle of the two.

On the open road, the punch offered by the 2,8-litre Toyota engine, mated here with a slick six-speed manual transmission, came to the fore. Not only did it feel more powerful than the Ranger’s Duratorq motor – which, admittedly, was robbed of some performance by its lethargic automatic transmission – but it also proved the more refined and frugal. 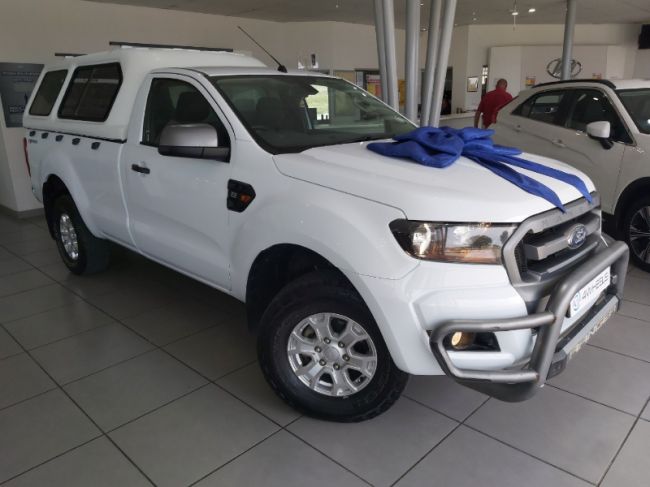 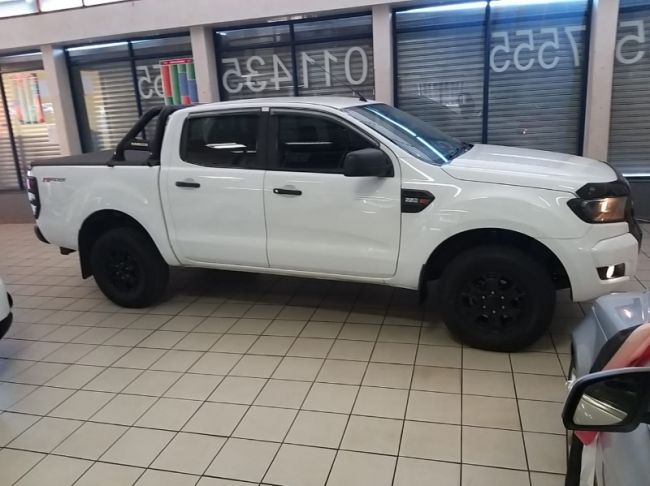