Please note: The buyers guide might be a different variant from the car being viewed.
999200837 The translation from sedan to hatchback shape, or vice versa, is often piecemeal. With the Accent Hatch, Hyundai seems to have got it spot-on – but at what cost?

Although the profile doesn’t hide the fact the five-door’s canvas was stretched over the sedan’s 2 570 mm wheelbase, the latter’s handsome nose and strong shoulder and swage lines have made the transition largely untouched and flow into a rump that’s sharply styled with semi-crescent shaped taillights and narrow glazing.

Interior styling is all but unchanged from that of the sedan, taking in a swoopy, chrome-look facia with easily legible ancillary controls. The cabin’s overall material quality is good, but the steering wheel’s urethane trim and the plastic-capped gear knob does detract from an otherwise upmarket-feeling cabin.

The levels of passenger room afforded fore and aft are near identical to that of the i30, which we tested for the August 2012 issue, and the Accent’s hatch pops open to reveal a deep luggage space that accommodated 264 dm3 of our ISO measuring cubes. Drop the rear bench and there’s a handy 976 dm3 to exploit.

There’s little amiss in terms of the Hatch’s standard specification, although some testers noted the lack of reach adjustment on the steering column that required drivers to fiddle with seat height adjustment to find an optimal driving position. The audio system features CD/MP3/aux-in, USB and iPod connection points and Bluetooth connectivity with audio streaming, all of which can be operated via multifunction steering wheel buttons. Air conditioning, electrically operated windows (driver’s side with one-touch up/down feature) and exterior mirror adjustment are accounted for, along with rear park-assist sensors as a nice-to-have feature.

We’ve perennially held the Accent sedan’s driving dynamics in good regard and as the Hatch is underpinned by the same MacPherson strut and torsion-beam suspension setup, the test unit produced a pliant ride with predictable, if less than pin sharp, body control. Factor in the light, but not completely numb, feel through the electrically assisted steering system and the Hatch provides a safe but broadly enjoyable driving experience aided by a willing, if less than sonorous, motor.

The 156 N.m of available torque is only on par with similar models on the market, therefore the motor requires spirited stirring of the (thankfully snappy) six-speed manual gearbox in cut-and-trust driving.

Best of all, the 1,6 Fluid returned an impressive consumption figure of 6,5 litres/100 km on our standard fuel route test.

TEST SUMMARY
There’s much to like about the Hatch: it’s largely retained its sedan sibling’s good looks, it’s pleasant to drive and well equipped to keep most consumers (at the budget end of C-segment) happy. If there is a reason for concern, it probably lies at Hyundai’s door. Given the Hatch’s virtues and a number of packaging parallels with its i30 brother, there is a threat that the latter’s sales could be cannibalised. This is the all-new, larger Hyundai Accent sedan… 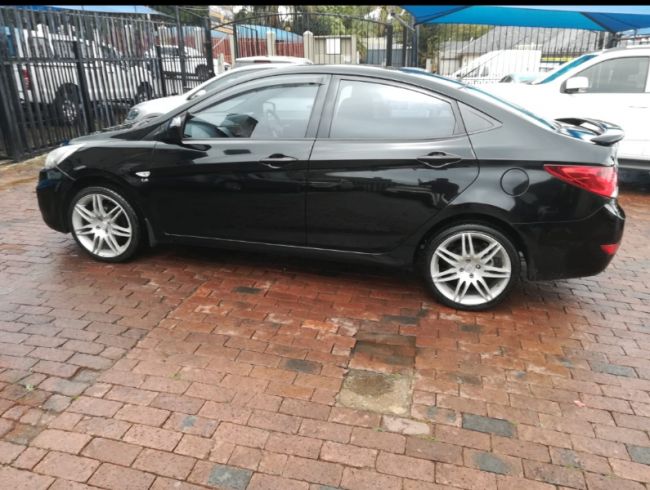