Please note: The buyers guide might be a different variant from the car being viewed.
999291635 Larger, lighter and more sophisticated than ever, the new BMW X3 makes a strong case for itself, particularly in xDrive30d form…

Introduced globally in 1999 and in South Africa two years later, BMW’s reluctance to label its first-generation X5 an SUV was a clear indication of the Bavarian brand’s priorities. Instead, BMW tweaked the descriptor into “sport activity vehicle”, thereby melding the burgeoning call for adventure-seeking vehicles with the kind of driver-focused, dynamic ability on which this Munich-based manufacturer has built its reputation.

In the decades that have followed, as the X family has evolved to include derivatives appeasing every conceivable niche, each incarnation has retained a healthy hint of athleticism. The latest of these is the third-generation (G01) X3 that we test here.

With its two predecessors quickly establishing the model range as one of the most significant not just in the greater X family, but also in BMW’s complete portfolio, this new X3 has a sizeable reputation to uphold. It may be notably larger from every angle than the first X3 (and the first X5), but given its bolder-than-ever stance and sharp lines, it’s clear BMW wants its bestselling SUV to boast as much dynamic DNA as possible. For the full effect, an optional M Sport package (as fitted to our test unit) is offered on all models bar the M40i, which sports it own bespoke design.

Sharing its platform with the 5 Series, the X3 is around 55 kg lighter, model for model, than the range it replaces. And that’s despite clear dimensional gains, the most significant of which is a 50 mm stretch in wheelbase. While this increase undoubtedly provides handling benefits, it’s the improvement in occupant space and comfort that owners will appreciate.

Obvious from any seat in the X3’s cabin is an advance in both perceived build quality and ergonomics. True to the dynamic DNA requirements, the centre console is notably tilted to the driver’s position, with the rest of the facia looking and feeling altogether sleeker. While a comprehensive options list includes modern technologies such as gesture control and heated seating all-round, it’s the R9 200 upgraded Professional navigation system we’d want most. Here, in conjunction with a more comprehensive mapping system and 20 GB worth of music storage, the cabin is lifted above the ordinary with the fitment of a crisp 10,2-inch touchscreen.

Both the top-of-the-range M40i and this xDrive30d gain a full bouquet of modern tele-phony integration, including a wireless charging pad. Included in the M Sport package are impressively comfortable, more cosseting front seats offering appropriately upgraded bolstering for lateral support. A further advantage of these pews is that their moulded rear trim grants rear passengers more kneeroom. Despite the installation of an optional panoramic sunroof – something that often encroaches on cabin space – headroom throughout is plentiful.

While a no-cost, optional space-saver spare wheel (as a backup to the run-flats) adds peace of mind, it does impact space by raising the default height of the boot board. There is no longer a trailing lip to prevent loose items from falling out once the tailgate is lifted.

Were it not for our recent experiences with the M40i’s free-revving, 3,0-litre, straight-six turbopetrol, you could easily assume the brilliantly refined and effortlessly capable 3,0-litre turbodiesel powering this xDrive30d was the top-of-the-range offering. Mated with a polished eight-speed automatic transmission, it’s a drivetrain that delivers a notably broader breadth of ability than its faster M-tuned sibling. From blasting to 100 km/h in just 6,32 seconds, to settling into a 120 km/h cruise at just 1 700 r/min (and recording an impressive 7,2 L/100 km fuel-route figure), it’s only those seeking sub-five-second traffic-light thrills that realistically need M Power in an X3.

While the combination of upgraded 21-inch tyres (245/40s at the front and 275/35s at the rear), as well as an optional M Sport suspension, might ordinarily have had the older members of the CAR test booking an appointment with the chiropractor, it’s a credit to BMW’s engineering department that the default ride quality of our heavily specced test unit was acceptable rather than harsh. Thanks to this inherently compliant suspension setup, we anticipate good things for conservatively specced versions of the two four-cylinder (20d and 30i) models that are likely to fulfil volume sales roles in our market.

Also promising is the standard fitment of BMW’s xDrive permanent all-wheel-drive system that delivers torque to the front wheels as required, as well as mass distribution as close as possible to 50:50; this X3 registered a split of 48/52%.

Despite weighing a rather portly 1 987 kg, the test unit carried its weight so well that most testers questioned our scales’ calibration on arriving back from a spirited run in the 30d. Matching our experiences with the M40i on both its international and local launches, so impressive is the balance, poise and grip levels offered by the X3 that, if it weren’t for the raised driving position afforded by the 204 mm ground clearance, it’s easy to mistake the X3 for one of BMW’s 1 Series hatchbacks.

If we have a caveat in our assessment of the X3’s driving dynamics, it’s BMW’s sport steering system that is standard throughout the range. The variable-ratio setup initially feels unintuitive and a few testers noted they were caught out having to dial in more lock in high-speed corners, while adding too much input at lower speeds. That said – and as we did – it shouldn’t take an owner too long to adjust to these intricacies. Facelifted BMW X3 and X4 revealed ahead of late-2021 launch 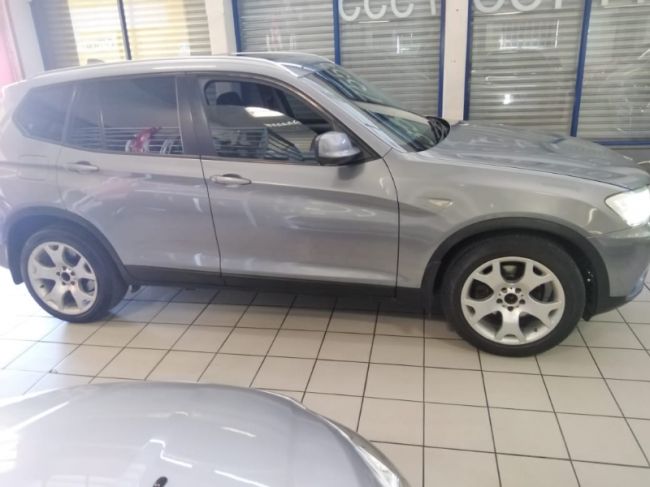