Used Honda Ballade 1.5 I-Vtec Executive Cvt for sale at Casseys Auto Springs in South Africa. This MAROON SEDAN has an Automatic Transmission with 31807km and is a 2020 model. Nationwide delivery, All trade in's accepted and Finance available through all major banks.

Please note: The buyers guide might be a different variant from the car being viewed.
999199385 SOUTH African consumers have proved fond of repackaged, previous-generation vehicles and, judging by the outcome of the comparative test featuring the Toyota Corolla Quest here, that best value-seeking trend is set to continue in the favour of the Prospecton-based Japanese manufacturer. However, the ever-changeable automotive market’s ability to spring game-changing, all-new products is equally pertinent – we’d have liked to include the new Ballade in the aforementioned test, but at the time it had just been launched and a test unit was unavailable.

Ballade is a well-established moniker in the local market, but this model is known as the City in its home market of India. As was the case with the sedan’s workmanlike predecessor, the newcomer is based on the underpinnings of the MPV-like Jazz supermini, but the overall design, replete with its swoopy swage lines, wedgy rear and nib-like front, imbues the Honda with a classic sedan profile as opposed to the somewhat awkward notchback four-door that preceded it.

Emotional appeal is not particularly relevant in the budget-oriented family-sedan market (the test unit would arguably have looked more fetching in a metallic finish), but potential buyers will appreciate the fact that the Ballade offers the space, quality finishing and sophistication that belie its upper B-segment price positioning.

The new Honda Ballade seats four adults in comfort courtesy of its generous levels of rear leg- and headroom, the boot accommodates up to 400 dm3 in luggage (although the aft seatback doesn’t fold forward to increase this measurement) and a vehicle stability-assist safety system, front, side and curtain airbags and a reverse-view camera are certainly not standard fare on vehicles in the Ballade’s early-R200 000 price segment… The camera system even offers a dynamic trajectory display and an oblique kerb view.

Where the Ballade does show indications of being built to cost constraints is in its lack of a lining on the inside of the bootlid, the off-white parcel shelf that doesn’t match the anthracite upholstery and the old-school horizontal lever on the facia that toggles the ventilation system between open and recirculate. Some testers criticised the lack of reach adjustment on the steering column (the wheel consequently does not protrude far enough) and a shortage of lateral support from the front seats, but apart from those reservations, the Honda’s interior build integrity and appearance, from the dark-grey trim inserts to chunky, well-weighted switchgear, were universally praised by the team.

Although the 1,5-litre powerplant is marginally less powerful than the engines in the Ballade’s natural competitors, the engine revs freely and returned a consumption figure that was better than CAR’s fuel index (6,3 litres/100 km). The shift quality of the five-speed box was somewhat notchier than what we’ve experienced in other Hondas, but the general level of on-road refinement, including NVH suppression and damping pliancy, were impressive. The steering felt somewhat vague near-centre at highway speeds, but not to a level an owner would find disconcerting.

What sets the Elegance model apart from its rivals is the plethora of conveniences offered to the driver. Although the rev counter and speedometer are conventional analogue units, the dial that displays instant consumption, trip computer, exterior temperature and fuel gauge data is an LCD panel. What’s more, the attractive multi-function steering wheel offers toggles to operate the cruise control, hands-free telephony, audio and infotainment menu functions.

In an era that has seen smartphone ownership becoming intertwined with motoring culture, there’s been a rapid proliferation of in-car touchscreen infotainment interfaces, even at the more affordable end of the automotive market. In the Ballade, the seven-inch touchscreen has large icons and recognises a user’s tap, scroll and zoom actions. There are buttons to access the trip computer, Bluetooth hands-free telephony and audio streaming, as well as the radio stations, CD track line-ups and playlists of devices that are plugged into the two USB ports.

What’s more, an HDMI port allows content from smart devices, including navigation, Internet radio, live news services and web-browsing apps, to be displayed. The relative high cost of cellular data in South Africa might limit the use of the infotainment screen as an extension of a smartphone or tablet, not to mention the need for a driver to focus their attention on the road, but we can definitely see how the unit could enhance mobile handsets’ sat-nav functions.

With an price tag of R220 990, the Honda Ballade 1,5 Elegance is the most expensive product in what we’ve casually dubbed the “budget-oriented family-sedan segment”,  which straddles the light and compact segments. Its four-year/60 000 km service plan, which offers longer cost-free after sales support than the top-of-the-range Toyota Quest, goes some way to justify its premium. However, the price difference between the Honda Ballade and its rivals can mostly be attributed to the several nice-to-have features the Indian-made product offers.

Are they worth the extra outlay? The opinion of the test team was split down the middle – as is the case with the Quest, for basic motoring needs the Honda Ballade’s prudently equipped 1,5 Trend model (R195 900) fits the bill perfectly well. However, there’s no reason why good value should necessarily equate to meagre specification. The features packed into the 1,5 Elegance elevates a solid family sedan to one tailored to the majority of contemporary motorists, irrespective of their budgets. And that, after all, is a rare selling proposition. Wait, what? Honda Civic sedan (and Ballade) killed off in Japan… BUYING USED: Mid-sized sedans for under R160k each Watch Toyota Hilux driver lose temper after being ‘parked in’… Updated Honda Ballade for SA: we have pricing! 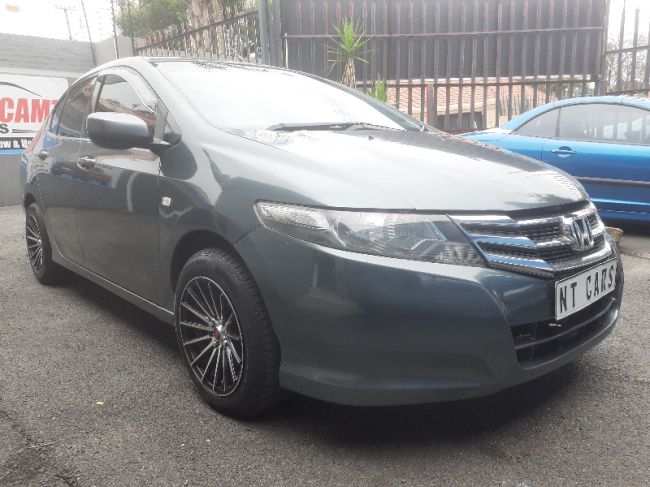