Please note: The buyers guide might be a different variant from the car being viewed.
999447580 CAPE TOWN – First impressions are important. Whether you’re going for a job interview or meeting your significant other’s parents for the first time, you want to leave a lasting – and, hopefully, positive – impression. The same goes for new cars.

At the local launch of the facelifted Haval H2, the Chinese marque’s small crossover (in top-spec Luxury AT guise) impressed, with its fresh front facia, plush cabin featuring myriad convenience items and absorbent ride quality. But how will the H2 fare a second time around?

Haval South Africa handed us the keys to a H2 1,5T Luxury to again sample the top-of-the-range automatic variant but over a longer period. Does the H2 continue to put its best foot forward? Over the course of a week, we put it to the test to find out.

Fuelled to first click, the H2 was ready to leave its urban surroundings and embark on a road trip to Barrydale for a spot of camping. The boot was ample for two people’s luggage, plus a small tent and some groceries. However, a family of four might find the 232-litre compartment insufficient for a weekend getaway’s necessities. Valuables are handily hidden by a retractable boot cover.

The cabin is finished in synthetic leather in a red-and-black hue. It’s a comfortable place to be, thanks to various soft-touch materials and convenience items. Some interior trim is, however, not on par with the rest of the inside. The front pews are well bolstered and supportive, with six-way electric adjustability offered on the driver’s seat.

The touchscreen infotainment system from the pre-facelifted model remains but now features Apple CarPlay (Android Auto is, unfortunately, not included in the package). A welcome addition, the iOS-enabled screen-mirroring software works seamlessly, which makes listening to your favourite tunes and using Google Maps a cinch. A USB port and 12 V socket, the latter especially handy when camping, are also found inside.

The multifunction steering wheel can be used to adjust volume, skip a track and navigate the trip computer. Sited between easily legible analogue dials, a screen relays information such as average fuel consumption, range and tyre pressures. A digital speedo window on the aforementioned screen would, however, have been appreciated.

Once on the open road, the H2’s 1,5-litre turbocharged four-pot’s fuel consumption dropped from the high 10s to just below Haval’s claimed 9,0 L/100 km, with an indicated figure of 8,9 L/100 km. The six-speed automatic transmission (a six-cog manual ‘box is also on offer) did a commendable job, transferring the engine’s peak outputs of 105 kW and 202 N.m of torque to the front axle. However, when tackling inclines, the self-shifter was indecisive in its workings, holding on to a higher gear for too long before downshifting. And, at times, the H2 struggled to keep pace on the highway. Compared with its European rivals’ turbocharged powerplants of smaller displacements, the Haval’s 1,5-litre unit lacks a little in overall refinement and efficiency.

Soon we reached the turn-off to the farm where the campsite was located and swapped the black top for a long stretch of gravel. Although we encountered a couple of hatchbacks, here the crossover’s increased ground clearance was appreciated. And, even riding on 18-inch alloy wheels wrapped in 235/55 size rubber, the Haval’s ride quality was more than acceptable on the rough stuff.

Resembling the new (but yet to arrive on local shores) Haval H6’s front apron, the H2’s revised item’s squared-off design lends it a purposeful look. The rear bumper has been updated too, while the taillights have been redesigned. The H2 cuts a dashing figure, and garnered a fair amount of attention from fellow campers. The car you see here is wrapped in Chinese Red paintwork with a black contrast roof. Other hues on offer include black, white, silver, blue and brown.

The H2 managed to make the trip there and back on one (55-litre) fuel tank, with range to spare. In-town driving is a cinch, with the Haval’s reversing camera and park distance control setup making it easy to manoeuvre in tight spots.

The H2 1,5T Luxury AT doesn’t want for much. It’s well equipped, with six airbags, EBD and hill-start assist amongst the standard safety items, and various entertainment features. Slightly gruff engine aside, if you’re in the market for a new crossover offering great value for money, it’s worth taking the H2 for a test drive. Once again, the Chinese crossover impressed.

See Full Haval H2 price and specs here
*Please note that these calculations are only estimates and must be confirmed with your finance provider.
Recalculate ? Automatic Haval H2 for sale by Williams Hunt The Glen in South Africa. 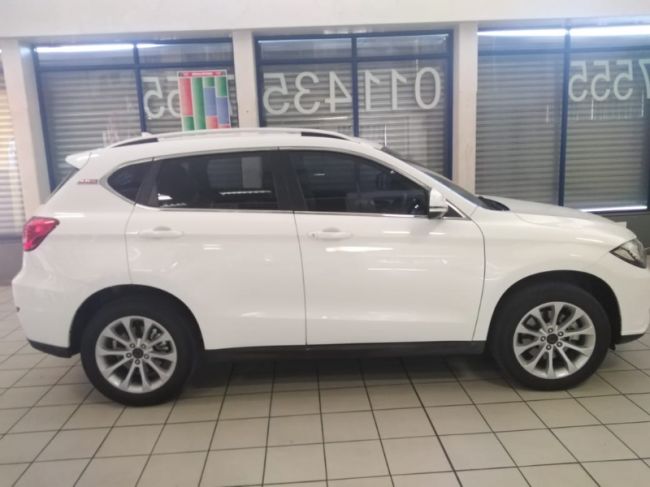 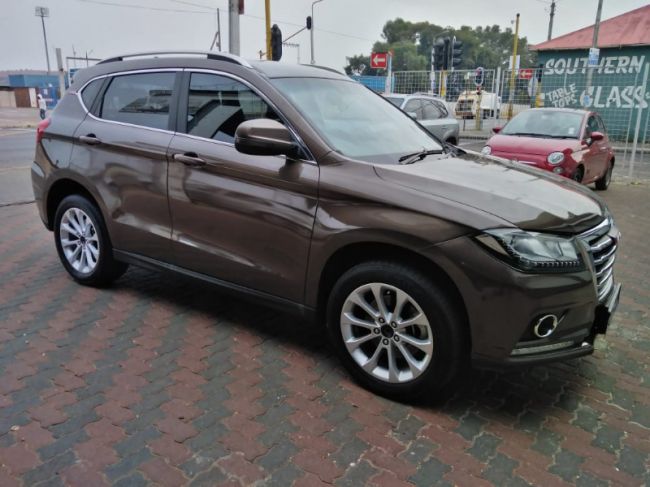