Used CHERY TIGGO 4 PRO 1.5T ELITE SE CVT for sale at Frank Vos Motors in South Africa. This Red - has an - Transmission with 101km and is a 2022 model. Nationwide delivery, All trade in's accepted and Finance available through all major banks.

Please note: The buyers guide might be a different variant from the car being viewed.
999206216 Why is it that when you drive a certain vehicle you tend to notice it more often on the roads? This was exactly the case last weekend when I spotted several previous generation Chery Tiggos while the latest version was in my care. There must be a reason for this model’s popularity and I was keen to find out why.

Manufacturers from the East must despise when its products are all lumped together under the banner of “Chinese cars”, which ten years ago would have been synonymous with copycats of popular vehicles, sub-par quality and low prices.  Vehicles arriving on our shores from China have improved tremendously in the last few years and some newer products have received favourable reviews. The facelifted Tiggo is still based on an older generation offering though; can the added flair allow it to compete in the popular compact SUV segment?

Styling
Styling wise the designers have done enough to give the Tiggo an identity of its own and it reminds me less of a previous generation Toyota RAV4, of which I have also spotted several on the road while trying to identify Tiggos, than the pre-facelift version. A new front bumper, grill and headlamps (with integrated LED daytime running lights) give it a fresh first impression. Add the 17-inch wheels, colour-coded body panels and slight tweaks at the rear and it does not look out of place when parked next to its European rivals.

Inside
Get inside though and it is unfortunately another story as the magic designer wand clearly forgot to scatter any stardust here. It looks and feels a generation old with hard plastics everywhere, faux leather seats and big, round rubber knobs for adjusting the climate control on the dash. There are some ergonomics issues too for example the gear lever passes uncomfortably close to the handbrake when engaging second gear, those manual climate control knobs take some force to turn and the seats are not that comfy. Talking about that handbrake – it takes maximum range and force on the lever to prevent roll-away on the slightest inclines.

Specifications
The Tiggo does provide quite a bit of specification though, including Bluetooth connectivity, steering-wheel mounted switches for controlling the audio system, hill-hold, electronic stability control, ABS, dual airbags and rear park sensors. The cabin is spacious and provided adequate room for my family (wife and two kids) including three small bicycles in the boot.

The engine
The Tiggo is powered by an updated 1,6-litre engine; now with double variable valve timing. Although the powertrain cannot compete with the modern downsized turbopetrol and turbodiesel units of the competitors, it is good to know that Chery’s engine technology is advancing. Drive the Tiggo normally and it does lack low-down torque and feels slightly underpowered, that is until you pass 5 000 r/min and it spools up enthusiastically to the 6 800 r/min limiter (the 7 000 r/min redline is optimistic).  Definitely not the way to drive a family SUV but it is fun for a few robot-to-robot runs. Ultimately the 0-100 km/h figure of around 13 seconds is on par for the segment.  Drive it carefully and you should achieve average fuel consumption close to 9 litres/100 km.

The ride
The ride is generally comfortably but can get choppy on less than perfect surfaces. Cabin noise is on the high side at the national speed limit which makes it difficult to communicate to passengers seated in the second row. Corners are best taken conservatively as it does not try to imitate hot-hatch behaviour given the SUV stance.  During the photo shoot the Tiggo was much more at home on the dirt which is probably as far as its owner will venture given the front-wheel drive only set-up.

Summary
The weak rand has not been kind to the Tiggo and eroded the value for money proposition that made the previous generation so popular. It does offer more space than the competitors at the not insignificant R229 000 price bracket and is clearly aimed at active families on a budget. Where it does fall short though is on cabin, powertrain and ride refinement compared to the latest arrivals in the segment namely the Ford EcoSport and Renault Duster. Therefore Chery has its work cut-out to compete on the same level as vehicles of more established brands. 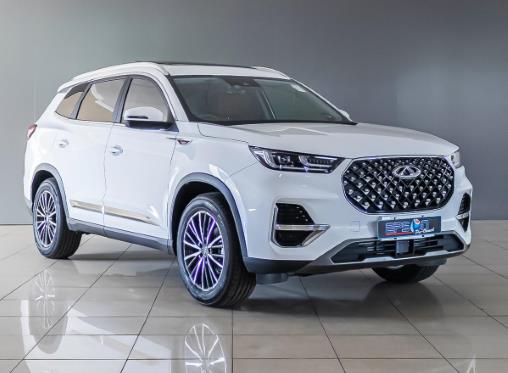