1/6
We have sampled a prototype version of the new Ferrari 488 Pista. 2/6
Turn-in and grip are outstanding. 4/6
It takes full concentration to exploit the Pista's 530 kW. 5/6
Playful if you are brave enough. 6/6
A track weapon if ever there was one. MARANELLO, Italy – As we arrive at Pista di Fiorano, my eyes fall on three heavily camouflaged Ferrari 488 Pista prototypes that are set to be made available to International Engine of the Year judges (myself included). “Pista”, of course, translates to “track”, for those not fluent in Italian…

And that’s an entirely appropriate name, considering that fully unleashing this mid-engined supercar’s 530 kW on a public road (rather than a circuit) in a bid to evaluate engine performance would be nothing short of frightening. To put that peak power figure into perspective, the iconic Ferrari F40’s turbocharged 2,9-litre delivered a “mere” 356 kW.

An engine is born

Earlier in the day, we visited the Ferrari foundry, where chunks of aluminium-alloy are masterfully transformed into cylinder blocks and heads. Yes, Ferrari produces its own engines from raw materials, something of which the firm is very proud. Engineers kept us busy for more than two hours explaining the changes made to the already racy 488 GTB engine to get it to Pista specification (look out for a technical feature in the June issue of CAR magazine), with performance the main goal and cost, for once, secondary.

My first couple of laps are spent in the passenger seat as the chief test driver from Ferrari talks me through the circuit’s racing lines and braking points. When I ask about the new Pista’s lap times, a sparkle appears in his eye and he merely says: “it’s approaching the time of the LaFerrari”…

Heading onto the main straight, he drops the hammer and the result is nothing short of violent. The power hits so hard that if I hadn’t signed the requisite indemnity forms, I could conceivably have sued for assault. Braking, turn-in and powering out means your body is straining against the four-point harness and the lateral and longitudinal support of the bucket seats.

For the second half of the lap, the ESC is switched off and the driver demonstrates “dancing at the limit” as the steering wheel wiggles in his hands and the front wheels rarely point in the direction of travel. This is a skilled driver in a serious car…

More than slightly intimidated, it’s now my turn to have a go. As it is my first time around the circuit, I tread carefully on the first lap, noticing the heavier steering and under-assisted brakes compared with those of the standard 488 GTB. As my confidence grows, I decide it’s time to flatten the accelerator upon corner exit. Race mode allows a slight drift before the car catapults down the short straight from the sharp, second-gear hairpin.

The noise is harder and raspier than I remember from the GTB, and accompanied by a turbo whistle that sounds something like a jet fighter over the scream of eight angry cylinders. Engine speed picks up so quickly that I hit the limiter before my right hand has a chance to grab third gear. Catching up, the cog instantaneously thumps home and it feels as though the acceleration builds even faster than before.

Turbo lag? The thought did not even cross my mind as I peeled my eyes for a brake marker. Hitting the carbon-ceramic brakes, the car slows promptly and predictably. Turn-in is sharp and the assault repeats.

Catching my breath in the pit lane after my session, it’s difficult to come to terms with the performance potential of the Pista. A short road drive later confirmed that it’s not a one-trick pony and is perfectly capable of being used to fetch milk and bread, if required. The ride is firm but the damping progressive, while in comfort mode the powerplant is docile enough if not provoked. But driving the car in town is doing it an injustice – rather head for a mountain pass or better, a race track…

If this first impression of a prototype is anything to go by, Ferrari has created yet another legend. It may not have quite the aural appeal of the naturally aspirated 458 Speciale nor the interior quality of some of the opposition, but boy does it go.

It’s often said that if anyone complained to Enzo Ferrari that his products were too expensive, his reply was simple: “You pay for the engine”. And that cannot be any truer in the case of the Ferrari 488 Pista… 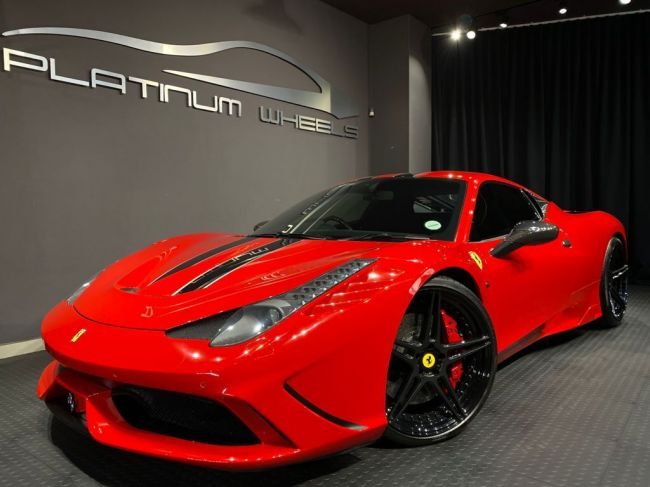