4/7
The Toyota C-HR is certainly a striking looking thing. 5/7
It features a coupe-like profile. 7/7
The interior of one of the high-spec models.

Madrid, Spain – “All Toyotas are boring”. This often-heard statement is blown completely out of the water by the company’s new “compact high-rider”, or C-HR for short. Although Toyota is well known for reliability, excellent second-hand value and the largest dealer network in South Africa, an emotional connection is not normally a key attribute of its products. But the C-HR changes all that by achieving an “A” for sensory stimulation.

Which segment does it fit into?

Seeing the newcomer in the metal answered a few questions we had regarding its size and positioning. Although the crossover/SUV market in general is booming and virtually every manufacturer is attempting to grab a healthy slice of a growing pie, the C-HR essentially manages to create yet another niche segment.

At first glance, the C-HR appears to be around the size of a Nissan Juke, but examining its external dimensions (4 360 mm long, 1 795 mm wide and 1 555 mm high), it soon becomes evident that the Toyota (which effectively slots in somewhere between a Mazda CX-3 and a Honda HR-V) is actually far closer in size to the Nissan Qashqai. Toyota, too, sees the latter as a natural competitor, although the firm admits it also hopes to attract a few Volkswagen Golf drivers. Interestingly, the C-HR doesn’t boast a particularly lofty ride-height.

There is no denying that its appearance is both edgy and striking. The styling is certainly divisive, but overall it received a thumbs-up from the group of journalists on the day and attracted plenty of attention on the streets of Madrid. Design highlights include plenty of strong diagonal lines, the striking rear light clusters, the cheeky boot spoiler, the hidden rear door handles and the two-tone paintwork (although the latter is not currently planned for the South African market).

Well, the edgy theme continues indoors, with a diamond pattern clearly visible on the steering wheel, centre console buttons, speakers and even the cabin light on the headliner. The instrument cluster itself is of a sporty design, while the infotainment screen and dash are angled towards the driver. The large touchscreen with navigation is still under consideration for our market, as the initial vehicles will be launched locally with a smaller and more basic system.

Up front, there is sufficient space and the driver’s seating position is elevated. The roofline is quite low although the view forward is mostly unobstructed. The same cannot be said of the glass area towards the rear, as the coupe shape cuts into outward visibility. Second-row space is less generous than expected and, at an admittedly lanky 1,92 m, I found it difficult to perform the customary sit-behind-oneself test.

An arguably bigger problem, though, is the small glass area of the rear windows, which results in a somewhat claustrophobic experience back there. Not the ideal family vehicle, then. Toyota claims (a slightly optimistic) 377 dm3 volume for the boot and although not enormous, it did easily swallow the driver and co-driver’s luggage on the day. Meanwhile, the cabin in the high-specification test unit we drove portrayed a definite upmarket and modern feel.

Powertrain-wise, this will be the first turbopetrol engine from Toyota in our market, bar the few Toyota Supra twin-turbos that entered the country in the nineties. This downsized 1,2-litre, four-cylinder unit delivers 85 kW and 185 N.m in typically conservative Toyota fashion, and employs an air-to-water intercooler. Europe also has a hybrid powertrain option pilfered from the Prius and Toyota tells us this may come to South Africa at a later stage. An all-wheel-drive version, however, seems unlikely. According to Toyota, no diesel option is currently planned for the C-HR.

The engine is suitably refined and smooth, but is clearly no fireball when it comes to performance. At least the short-throw, six-speed manual transmission is a joy to use, which helps keep the engine in the meaty part of its torque band. An automatic option (in the form of a CVT) is also offered. The upside is a claimed fuel consumption figure of 5,9 L/100 km, although we saw figures over 8,5 L/100 km during spirited driving…

The reason for the lead-footedness was to test what turns out is a competent chassis, along a twisty section of tarmac. The new TNGA platform (which also underpins the latest Prius), with McPherson suspension up front and double-wishbones at the rear, delivers a pliant ride with excellent damping characteristics. The noticeably lower centre of gravity compared to the SUV opposition helps limit body roll in the bends, too.

The suspension set-up has been tuned specifically for the European customer who does not like to slow down for bends – very similar to our local driving style, then! The steering is pleasantly weighted and delivers a feeling of substance to the driver. Overall, the C-HR offers excellent steering and handling proficiency in this segment.

Toyota aims to sell 100 000 units annually in Europe alone, retaining current and attracting new customers to the brand. The target market includes young people who are fashion-conscious and have an active lifestyle.

The asking price at local launch in March 2017 is predicted to be in the range of R320 000 to R350 000, depending on specification levels. This places it far above the popular Ford EcoSport, for example, and may seem a little on the steep side. It is, though, pretty much in line with Nissan SA’s Qashqai pricing strategy.

Still, based on first impressions, there’s plenty of evidence to suggest that the C-HR will sell particularly well in South Africa. And it certainly cannot be accused of being boring… 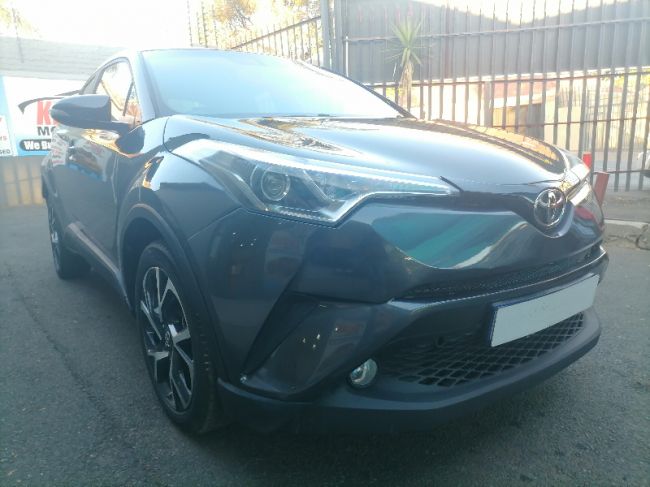 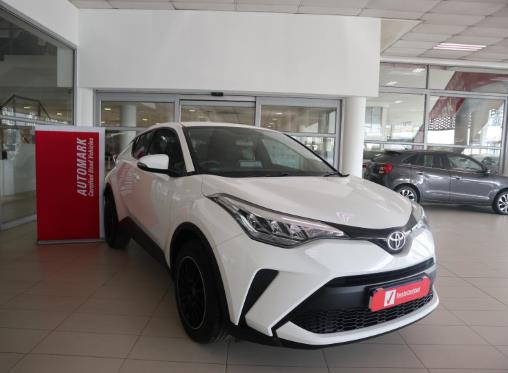