1/3
The Ford Ranger Thunder is the kind of vehicle you can take anywhere and do anything with. 2/3
Our vehicle was equipped with a Mountain Top roller shutter. 3/3
Inside, the cabin offers red stitching on the seats and steering wheel. Published by Wilhelm Lutjeharms on June 27, 2021

While bakkies have been the staple of motoring in rural South Africa for decades, it’s only with the relatively recent arrival of the double cab that a much-needed extra layer of practicality has been added, making them among the bestselling vehicles in South Africa. It’s against this backdrop that we’ve encountered what’s arguably the most interesting time in the double-cab segment. Mercedes-Benz’ brave but ultimately doomed tilt at bakkie stardom gave us the X-Class; you have Volkswagen giving its superb Amarok a near-200 kW shot in the engine bay; the excellent new Toyota Hilux as well as the usual suspects from Nissan, Isuzu and GWM’s new P Series. It is a busy segment.

At the top of the list in terms of sales, Ford and Toyota have kept each other busy. Ford has played a clever game by releasing a few intriguing models over the past few years, of which the Raptor has been by far the most exciting (especially on sand). But it was the mid-2020 arrival of the Raptor’s understudy – the Ranger Thunder – and its addition to our long-term test fleet that was cause for great anticipation here at CAR. Our previous stint with a Ranger, the 2,0 SiT XLT 4×4 10AT, was a deeply satisfying experience … and that was with a model that offered a comparatively tame 132 kW and 420 N.m, so we had high expectations of this penultimate rung on the Ranger ladder.

The Thunder looked markedly refreshed with its new decals, sports bar at the rear, and updated grille, as well as the Mountain Top roller shutter. Its sub-Raptor billing means the Thunder offers all the equipment you can wish for, except the halo model’s trick suspension and widened body kit. If you’ve hankered for a Wildtrak with a spot more wow factor, the Thunder could well be the bakkie of choice. Inside, the cabin offers red stitching on the seats and steering wheel as well as a combination of sturdy plastics, with the gloss panels contributing to an upmarket feel. The Sync3 infotainment system offers two USB ports, Bluetooth connectivity with an eight-inch infotainment screen and even a CD-player. The system connected seamlessly with my Android-based smartphone, fluently handling phone calls and streaming podcasts during some of my longer drives.

The Thunder’s 2,0-litre, twinturbodiesel engine delivers 157 kW and 500 N.m. Although some buyers might disregard such a small-capacity engine, this unit has proven itself, delivering performance that’s perfectly in line with its competitors and it is a much more modern and refined engine than the old 3,2-litre, five-cylinder unit. Compared to the single-turbo 2,0-litre in our previous Ranger long-termer, the improved performance is welcoming, especially once you hit the open road.

Over the course of the six months, there were two notable trips I tackled with the Ranger. The longest was with my six-year-old son and my sister to our family’s farm in the Free State for three nights. The 2 500 km return trip was effortless and the fuel consumption for the trip was under 10 L/100 km. Secondly, my girlfriend and I visited the Tankwa Karoo National Park during the summer heat for a weekend away. The drive along the longest gravel road in South Africa, the R355 was very memorable. Not only did the Ranger take this long stretch of road in its stride, but the suspension coped well with the undulations. During these long trips, the driving position and comfortable seats proved their worth, while the relatively soft suspension system resulted in a comfortable and absorbent ride. The Ranger’s cabin also proved a haven from the harsh Karoo elements; the climate control kept the cabin cool and the improved sealing meant dust infiltration was almost non-existent.

A special mention must be given to the Continental Cross Contact tyres (265/60 R18). These road-biased tyres performed well on gravel, especially if you take into consideration the Ranger was also used by Ford Motor Company of Southern Africa during a media event where several different drivers drove it for long stretches on gravel roads.

Back to daily life and the Ranger continued to be a good daily companion. Granted, you need to accept the Ranger’s sheer bulk means small parking spaces are off-limits and what would’ve been a three-point turn in any other vehicle is now a multiple-manoeuvre affair. However, the upside is you constantly feel safe and secure on the road. Even those dreaded taxis are a bit more circumspect around you compared to when you are driving a smaller car.

Passengers in the rear have ample space and, with the cabin floor being lowered in the footwell, you don’t have to sit with your knees past your ears like in double cabs of old. The rear accommodation features a brace of power outlets: a 12 V socket and a 230 V/150 W power converter, the latter is ideal for devices such as a small fridge or laptop computer.

Equipped with the Mountain Top roller shutter, the level of safety this provided to the loading bay further enhanced its practicality. This sturdy system allows you to safely store any equipment and proved itself waterproof during a downpour. Apart from the hard plastic lining in the loading bay (and the tailgate), there is also the loading bay divider. It runs on rails mounted on the side walls of the load bay. This system helps keep your equipment wedged in place but it limits the useable loading space on offer and was consequently removed a short way into the Thunder’s six-month tenure. There is also another 12 V socket in the loading bay.

During our three-way bakkie test (March issue), the Ranger came out on top, just pipping the pricier Amarok and the solid Hilux in terms of individual ranking.

After six months and over 10 000 km, I understand why so many buyers opt for bakkies as their daily drivers. The space, practicality and safety all play a role. It is a vehicle you can take anywhere and do anything with … a weekend away, a run to the nursery or loading anything into or on top of it, whatever your hobby. With a bakkie such as the Thunder, Ford simply keeps the attention of the buying public on this model range and continues to offer a wide variety of double cabs for every potential buyer. 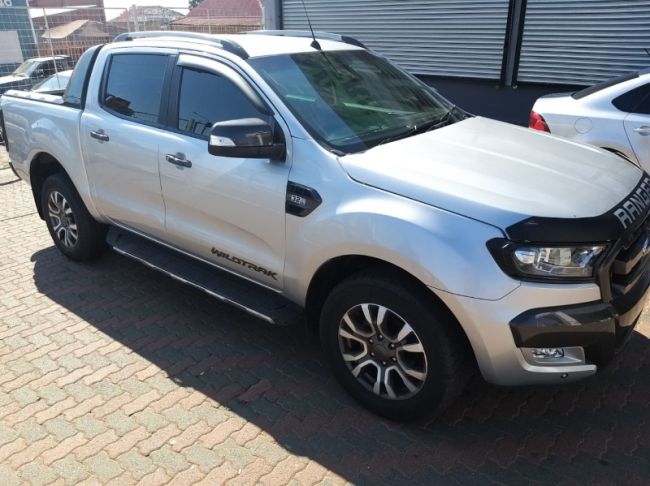