3/7
Red accents continued on the seats. When the original Grand i10 touched down in South Africa in mid-2014, Hyundai boldly declared the little hatchback the spiritual successor to the popular Getz that had departed four years prior. Rather than buckle under the weight of such expectations, the Grand i10 elbowed its way to the summit of the Korean firm’s sales charts, ultimately outselling both the cheaper i10 (and, latterly, the new Atos) as well as the more spacious i20.

A new-generation Grand i10 has recently arrived, again imported from India. Break out the measuring tape, though, and you’ll find it’s this fresh version that more closely matches the Getz’s exterior dimensions. The newcomer has gained 40 mm in length, while an extra 25 mm between its axles results in a wheelbase identical to that of Suzuki’s Swift. As a result, it’s a surprisingly spacious car, with rear leg- and headroom proving particularly generous.

Although passengers in the back benefit from a dedicated air vent and a handy 12 V socket, the centre occupant has to make do with a lap belt. The squab of the height-adjustable driver’s perch tilts forward a touch too much in the lowest setting, while the steering column lacks reach adjustment. That said, the relatively high hip point makes it easier for older individuals to get in and out.

In this flagship Fluid derivative, the seats are upholstered in faux leather, complete with red stitching (a hue echoed on the circular air vents). While the door trim and expanses of the facia are covered in class-typical budget plastic, Hyundai has included a smoother material on the passenger side, featuring an eye-catching hexagonal pattern repeated on the seatbacks, interior door panels and blacked-out C-pillars.

The instrument cluster, meanwhile, combines an analogue tachometer with a digital speedometer featuring large, easily readable numbers plus a basic trip computer. Interestingly, while the Nios-badged version for the Indian market boasts Hyundai’s eight-inch touchscreen, SA-spec models have to settle for an aftermarket item measuring 6,2 inches in diameter. Still, the system offers Apple CarPlay and Android Auto functionality, plus an extra USB port (in addition to the one ahead of the gear lever).

On-paper similarities with the Swift continue under the bonnet, where top-spec versions of the new Hyundai swap the outgoing 1,25-litre, four-cylinder petrol engine for a naturally aspirated but slightly more compact unit, displacing just short of 1,2 litres and offering virtually identical peak outputs to those of the strong-selling Suzuki. The 61 kW powerplant is familiar from the base i20, though feels a mite perkier in the 954 kg Grand i10.

Liberal use of throttle-pedal travel and the five-speed gearbox is required for brisk progress since peak twisting force arrives at a lofty 4 000 r/min. Nevertheless, thanks to smartly spaced cogs, in-gear acceleration is noticeably superior to the previous-generation model, with third proving particularly strong.

Like the transmission and clutch action, the steering is feather-light and thus well suited to low-speed manoeuvres round town. On the open road, however, a degree of vagueness creeps in, necessitating frequent small corrections from the driver. The Grand i10 trades a touch of body control for a pleasing softly sprung ride; the latter further improved by the 60-profile rubber wrapped around the two-tone 15-inch alloys.

In conflict with its flagship trim level, this Fluid model has to settle for two airbags and ABS with EBD, forgoing electronic stability control. In addition, Global NCAP’s recent 64 km/h frontal offset crash test of said Indian-market model rated the structure and particularly its footwell area as unstable.

Despite employing drums at the rear, the Grand i10 excelled during our punishing 10-stop braking test, improving its rating from the old model’s poor to excellent. Hyundai has also added Isofix child-seat anchors at the back but the omission of a rear wiper is puzzling (present on base Motion models). 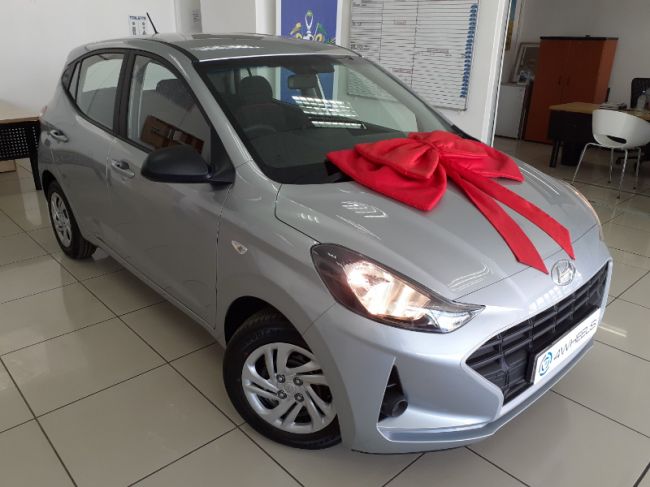 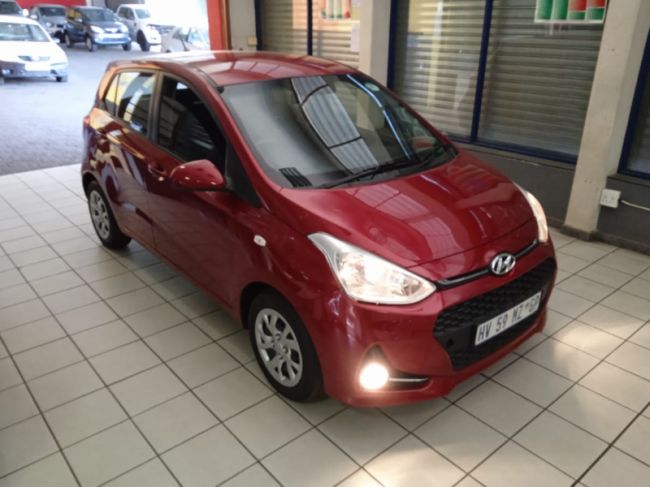