1/10
Audi might be a tad late to the sports-SUV party but with the new RS Q8 it is looking to gatecrash and ruffle a few feathers. 5/10
Eight-speed auto does a fantastic job of going through the gears when you hoof it. 7/10
Rear passengers are well catered for with 723 mm of legroom. 8/10
Twin touchscreens with haptic feedback on the facia take some getting used to, though. 10/10
Currently the most powerful forced-induction engine in any Audi production car. Published by CAR magazine on September 17, 2021

Violent. That’s the only way to describe the jolt caused by the Audi RS Q8 launch control system. In many ways, the burly SUV defies all logic when rocketing ferociously off the line. Our test data confirmed a zero to 100 km/h sprint of 3,84 seconds. That’s bang on the claimed figure and utterly bewildering for a car that weighs 2 404 kg. Is Audi’s most powerful SUV all about numbers and straight-line pace or is it capable of exciting the driver when the tarmac gets twisty?

Let’s start by stating that Ingolstadt’s flagship SUV is unlikely to set a 23-inch wheel on anything other than the black stuff. Audi was so confident of its first RS-badged SUV that at one point it returned from the Nürburgring Nordschleife (November 2019) clutching the record for fastest production SUV, with a time of 7:42,25. A benchmark that just last month was recaptured by the Porsche Cayenne Turbo Coupé with a laptime of 7:38,92.

Like the normal Q8, launched locally in mid-2019, the RS Q8 is a coupé-SUV that combines style with adequate practicality. It’s based on the Volkswagen Group’s MLB platform that underpins the Bentley Bentayga, Lamborghini Urus,Volkswagen Touareg and aforementioned Porsche Cayenne, of course.

In terms of styling, the RS Q8 is defined by its low, sloped roofline, large grille and oval-shaped exhaust pipes. It has the same footprint as the Urus and Cayenne Coupé and offers an equally imposing and sporty look versus its VW Group siblings.

It certainly commands plenty of attention on the road, even when stationary; by virtue of its Orca Black Metallic paint and steely LED daytime driving lights it’s the opposite of subtle. The behemoth measures 5 012 mm nose to tail, 1 998 mm wide and 1751 mm in height, its wheelbase is 2 998 mm. It offers seating for five and is fitted with front sports seats as standard with optional heating and cooling and a massage function at a cost of R24 260.

The fitment of four-wheel steering aids maneuverability in tight spaces (for the record, it required 2,25 turns from lock-to-lock) and promotes high-speed stability as well. Yet, it’s the RS Q8’s stranglehold on the road that stands out. It’s hard to believe a car this big has such leech-like ability through rapid corners…but more on that later.

Don’t let its off-road modes fool you, the RS Q8’s purpose is to take on the other uber SUVs, such as the BMW X6 M Competition, Mercedes-AMG GLE 63 S and the Range Rover Sport SVR. As an experience, the 4,0-litre twin-turbo V8 is hugely powerful with a sharp bark once the silver ignition button is pressed. Peak power is quoted at 441 kW and 800 N.m of torque is controlled via an eight-speed automatic gearbox feeding all four wheels.

Audi aficionados will recognise those power outputs from the RS6, as this car shares the blown V8 with the rapid station wagon (which you’ll read about next month). It is also the same engine Lamborghini uses in the Urus, although, in that application it produces 478 kW and 850 N.m. Standard power distribution is 40:60 front to rear, however, the four-wheel-drive system can send up to 70 per cent of the power to the front wheels or 85 per cent to the rear in extreme situations. Don’t think the Volkswagen Group-sourced direct-injection motor is all brawn, though. Audi has fitted it with cylinder-on-demand technology and a 48-volt mild hybrid system.

The latter’s job is to fill in power before the forced induction kicks in, essentially eradicating lag from the turbos. In application, we still experienced a delay in motive force but not as much as other Audi engines sans electric assistance. The fitment of a 48-volt system is welcomed and is likely to become more prevalent as manufacturers include small electric motors to assist the engine prior to the turbos spinning up to optimum speed.

It’s simply unfathomable to think the RS Q8 could genuinely behave like a sportscar and we’d be remiss to say it did. That didn’t stop Audi from fitting it with steering wheel-mounted RS buttons, à la RS6 Avant, that swiftly change the car’s temperament from sanguine to surreal. Despite being the most powerful SUV Audi Sport has ever built, don’t think of the RS Q8 as an out-and-out driver’s car.

Instead, it offers a lifestyle orientated high-performance approach, which is no bad thing. From the manner in which it launches off the line to the grip it generates through corners, it is utterly bewildering. It simply doesn’t have the right to hunker down and catapult itself from standstill with that much urgency, and yet it does. With its lofty height and heft, it doesn’t feel agile through tighter radius corners but rather shows off its incredible composure in fast sweeps. It isn’t exciting so much as impressive in the way it goes about its business and should rightly be applauded.

Like many of the current RS models, it is easy to drive quickly and leaves you breathless with its incredible cross-country pace and power. We would encourage those who order an RS Q8 to specify the R202 000 carbon-ceramic brakes, as they do an outstanding job of scrubbing off big speed with minimal effort.

There are no fewer than seven driving modes: Comfort, Auto, Dynamic, All Road, Off-road and two configurable RS modes labelled RS1 and RS2 that offer pre-configured setups. The latter duo can be accessed only via the steering-wheel mounted RS buttons while the former turns the wick up to its sportiest setting and turns off the Electronic Stability Control system if you’re feeling really brave.

In normal day-to-day driving, the standard air suspension offers serene ride quality that soaks up bumps and, even in its sportiest setting, the ride isn’t overly compromised. Body roll is well controlled despite its lofty stance which lends it a feeling of composure and control. From a tech point of view, the RS Q8 features the brand’s much loved Virtual Cockpit and MMI interface, complete with displays for power and torque outputs, a G-force meter, lap timer, as well as tyre temperatures and pressures readouts. As with the latest-generation Audi offerings, there are two touchscreens housed in the lower section of the dashboard.

The top screen deals with the infotainment system and the lower section is for climate control. The team was once again critical of how much effort is required to activate a command. Time and again, a second and third touch is needed to navigate a submenu to complete a task and this can be frustrating as it takes your eye off the road. Fit and finish in the cabin is exemplary, though, and befitting of a flagship Q’s stature.

As mentioned, the RS Q8 has tons of presence and our test unit garnered even more attention thanks to the fitment of a Black Styling package at a cost of R32 400. This includes a gloss black finish on the air inlets, front spoiler and large single-frame grille.

The rear diffuser insert and horizontal bar are also finished in gloss black. However, this Audi Sport’s menacing black finish doesn’t end there, our test unit also has black roof rails (R6 270), black side mirrors (R1 620), as well as the Audi rings and nameplate, finished in black (R6 700).

Ingolstadt’s RS Q8 is priced from R2 354 500 and, without any additional options, undercuts the X6 M Competition and Range Rover SVR by R527 000 and R300 000 respectively. Even in standard specification, it offers a compelling package in combination with an engine that provides a relatively demure soundtrack but epic performance. Audi markets the RS Q8 as a sports SUV and in terms of providing space, practicality and sportscar performance from a tall seating position, it certainly delivers as promised. 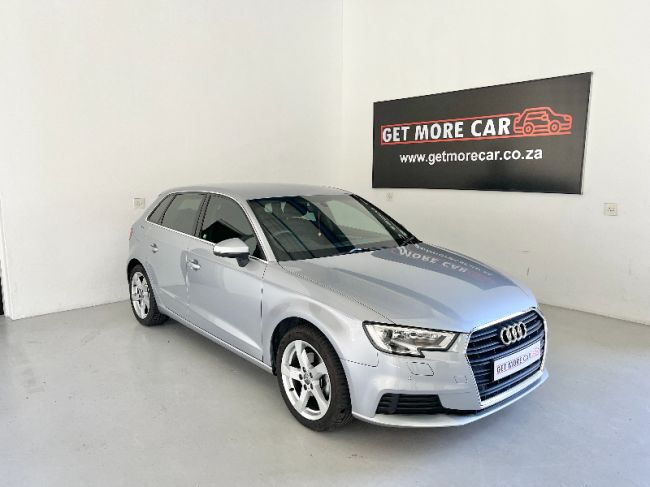