In a market where established brands are so deeply entrenched in buyers’ minds, the ability of Haval’s range of rakish and well-equipped SUVs and crossovers to work their way into the favour of a notoriously picky SA motoring landscape is no mean feat.

So, with the launch of its latest addition – the Jolion – expectations are high, especially given the calibre of its better known rivals. Fortunately, it looks as though Haval’s newcomer has the substance to back up its style. It’s perhaps a touch unfair to analyse the Jolion’s styling in terms of its resemblance to offerings from Europe and Japan, but that tends to be the Pavlovian response to Chinese vehicles. Indeed, you’d be forgiven for detecting hints of Audi about the nose and maybe a soupcon of JLR product (more on that a bit later) but the overall result is an appealing car that garnered a fair bit of attention during its tenure with us.

Underpinned by the company’s L.E.M.O.N. lightweight modular platform – which it shares with its larger H6 stablemate – the Jolion is a large vehicle for its particular posting in the local SUV sector. Its 2 700 mm wheelbase is comparable with the likes of Toyota’s RAV4 and Volkswagen Tiguan and translates into a spacious cabin, with 697 mm of rear legroom and luggage space that expands from 256 litres to a cavernous 1 288 litres with the rear seats stowed. Material quality is, by and large, impressive with plenty of stitched and padded trim sections despite the odd bit of hard plastic peeking through what’s otherwise a thoroughly upmarket cabin. Given this particular Jolion’s range-topping status, there are some puzzling omissions, though. The lack of reach adjustment for the steering column sits at odds with the otherwise plush accommodation upfront and only the driver’s side door has a sensor array for the keyless entry; locking from any other point requires fishing the key fob out of your pocket and giving it a tap. As the range-topping model, the Super Luxury’s digital instrument display is flanked by a crisp 12,3-inch touchscreen infotainment system. While there’s a wealth of configurability for many of the onboard features, the operating system is not as intuitive as those of its rivals; often interleaving settings within sub-menus don’t always correspond with the functions you’re after. For example, access to the trip computer necessitates digitally swatting aside whatever safety system display is currently on the instrument binnacle, holding down the “OK” button on the steering wheel and toggling between the presets … unless you’ve selected one of the sportier dial arrangements, when toggling with the arrow keys on the steering wheel comes into play.

Fortunately, the system is quick and with gradual orientation, most functions will fall easily to hand. There was also a broad consensus that physical controls for the HVAC would’ve been a welcome addition; the combination of haptic shortcut keys on the facia and small touchpoints for the on-screen interface didn’t lend themselves to use on the move. These caprices are unlikely to prove deal-breakers. Yet, considering how well resolved the rest of the interior is, they do stand out. On the move, the Jolion is a refined but relaxed performer. Power is provided by a 1,5-litre four-cylinder turbopetrol unit that develops 105 kW and 210 N.m of torque. Coupled with a seven-speed dual-clutch transmission that trickles smoothly through the ratios, this unit completed the zero to 100 km/h sprint in a parfor-the-course 10,37 seconds.

Haval’s L.E.M.O.N. platform does place a good deal of emphasis on lightweight architecture – the Jolion tipped the scales at 1 418 kg – nevertheless, the engine feels somewhat laggy at low revs. The impression is that a few more kW and N.m under its belt wouldn’t go amiss and would certainly alleviate the occasional in-gear sluggishness when overtaking. Spool it up past the 2 500 r/min mark and the 1,5-litre unit finds its feet, keeping pace at the speed limit with little drama. In the past, Chinese powerplants have often come in for criticism for their thirst and lack of mechanical refinement but the Jolion’s unit manages to sidestep such issues; it’s quiet at speed and returned a reasonable 7,90 L/100 km on our standardized fuel consumption run.

Handling-wise, the Jolion does little wrong. The steering is on the light and slow-geared side and combines with a soft MacPherson front/torsion beam rear suspension setup that does a great job of ironing out road surface imperfections. It suits the car’s relaxed demeanour. The Jolion performed well for a car of its ilk in our 10-stop braking test from 100 km/h to standstill, coming to a halt in an average of 2,90 seconds and 40,24 m. It’s fair to say that in a market such as ours – where long-established reputation and brand loyalty are the biggest drawcards on car buyers’ radars – Chinese manufacturers have had to counter with generous standard specification and value for money.

This is a two-edged sword as some manufacturers tack such temptingly long lists of goodies to subpar products. Given the quality of the Jolion’s execution, this makes the range-topping model’s value-for-money proposition especially impressive. At R398 900, the Super Luxury weighs in at a similar price point to many high-spec compact hatchbacks, while its list of standard features puts those of its rivals in the shade. Few cars in this bracket offer such a comprehensive suite of safety features; including radar-actuated emergency braking, adaptive cruise control, lane-keeping assist and cross-traffic alert alongside all of the other trimmings you’d expect to find in executive cars costing nearly twice as much.

Factor in a competitive five-year/60 000 km service plan and the Jolion makes a strong case in a segment where standard specification in similarly priced and packaged rivals are comparably spartan.

We’ve been pleasantly surprised by Haval’s recent offerings; the Jolion is evidence the company is genuinely adding a healthy degree of substance to its stylish products. Yes, some of the technological interfaces are fiddly and counterintuitive but the broad strokes of what makes a good vehicle are well executed and there’s no denying the fantastic value proposition it represents. As with many newcomers to the market, time will tell regarding mechanical and build integrity but from our initial impressions, it seems as though Haval might have a money spinner on its hands. 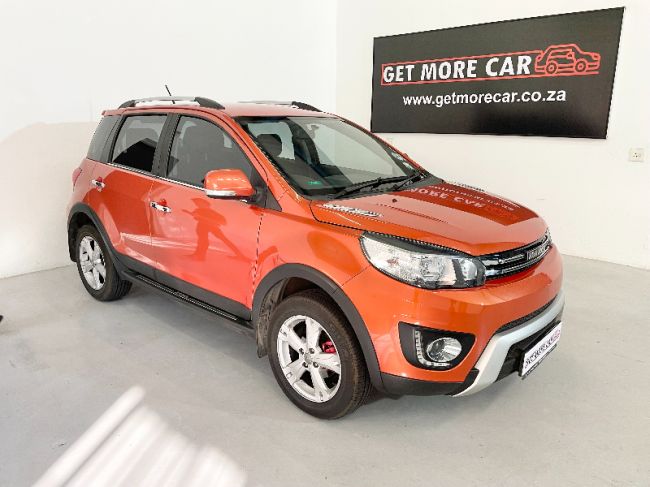