Is the latest update to Mahindra’s halo SUV enough to keep it competitive in a hotly contested segment?

While it may not have the most covetable heritage or brand cachet in our market, you have to admire Mahindra for its sheer moxy. On our roads, there’s always a Bolero or Pik Up swimming upstream against the relentless tide of Ford and Toyota bakkies, and once in a while an XUV500 pops its head above the flood of SUVs sweeping onto the local motoring scene. But, while we admired the XUV500 W8 model that served as a long-termer a few years back, a few rough edges such as the standard of trim finish and agricultural powerplant often stood in the way of heartily recommending it over more established fare. So, has the recent raft of updates made any meaningful improvement?

Cosmetically, that’s a yes. With its ballooning wheelarches, sharp lines in the nose, lights and grille, and even those cabinet-style door handles, the XUV cuts a distinctive figure. The update ushers in additional chrome accents for the side cladding and grille and revised LED daytime-running lights and foglamps. But the most pleasing change has to be the treatment doled out to the taillamp clusters; the previous car’s fussy items have made way for cleaner, split arrays integrating well with the tailgate layout.

The changes inside are more difficult to discern, with the distinctive but rather hotchpotch dash remaining the centre point of a cabin that’s still spacious and, thanks to a reasonably flat floor, practically packaged. The third row of seats, although purely child-sized, are easily stowed and serviced by their own air-conditioning vents.

Ergonomically, the W10’s facia is populated with lots of closely spaced, similar-looking ancillary switchgear that’s awkward to operate on the move and the front seats are mounted a bit too high for taller folks. It’s a similar story with the gearshifter’s J-gate arrangement, which is a charming anachronism but an imprecise path for the lever, making transitions from drive to reverse rather clumsy. Fit and finish are decent; the plastics feel sturdy enough although this test unit did exhibit a few rattles.

The XUV has traditionally traded heavily on its generous specification and this is especially apparent in this range-topping model. Niceties such as electrically adjustable leather seats, a touchscreen infotainment system with Bluetooth and sat-nav, keyless entry and ignition, and a rear-view camera with PDC are among the W10’s standard fitment items. Its family-oriented bearing also means there’s a generous suite of safety features, including front/side/curtain airbags, ABS with brake distribution, along with electronic stability and hill-hold systems. The five-year/100 000 km service plan is another added-value item few of its rivals can match.

Under the bonnet sits Mahindra’s familiar 2,2-litre mHawk four-cylinder turbo-diesel engine. In certain markets, this engine has been updated with an electronically controlled variable-vane system for the turbocharger, freeing up some additional power and torque. Here, perhaps owing to a combination of established mechanical robustness and low fuel quality, the previous engine remains, and that’s not necessarily a bad thing.

While mechanical refinement remains in the agricultural bracket, the mHawk is a good match for the XUV and the six-speed automatic transmission, bar some indecisive cog swapping under hard throttle inputs or uphill, is smooth enough for daily driving. Owing to its 330 N.m arriving in a handy 1 600-2 800 r/min range, it feels flexible and does a good job of keeping pace with traffic. It also has a well-earned reputation for reliability.

The steering is light and exhibits some play around dead-centre; its relation to what the front wheels are doing being more of a passing acquaintance than a close connection. It’s a similar story with the brakes, where the pedal exhibits a notable degree of dead travel before the callipers bite down unexpectedly hard on the discs. That goes some way to explaining the 3,33-second 100-0 km/h average braking time.

The MacPherson front/multilink rear suspension serves up a reasonably well-damped ride that doesn’t stutter much over broken road surfaces, but there’s some noticeable floatiness when cornering, even at moderate speeds.

Our time spent with the W8 long-termer also revealed the XUV500, with its 200 mm of ground clearance and sturdy-feeling mechanicals, to be a competent dirt-road goer and a brief sojourn on unpaved tracks in this test unit reaffirmed its ability. 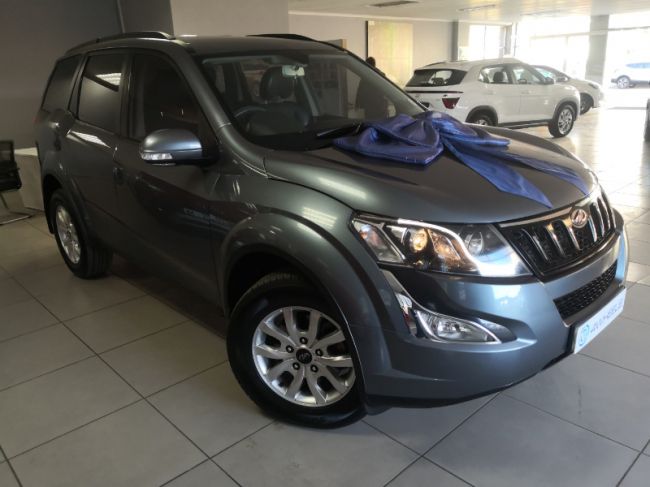