1/4
Rear leg- and head-room are commodious. 2/4
Interior quality much improved over the first Etios models, but the finishes are basic. 4/4
A handful of visual updates, but the Toyota Etios is unchanged under the skin. The Etios has received some visual updates but, underneath, everything remains unchanged…

We first tested the Etios Sedan five years ago in our August 2012 issue and, while this revised model hasn’t received that many changes, the market has become more challenging. For instance, this Etios Sedan 1,5 Sprint is similarly specced to the one we tested back then, but has seen a R54 000 price increase that should theoretically make it a much harder sell. In its defence, its main competitor, the Volkswagen Polo Vivo Sedan, has experienced a similar hike.

So, then, what’s new on the flagship Sprint? Most notably, there’s a dramatic visual alteration on the front with a redesigned grille and bumper. Changes at the rear bumper are a lot more subtle. Toyota also claims to have improved the quality of materials used in the cabin; it’s an element we criticised in our initial test. With the upgraded materials, the perceived quality of the interior does feel improved and the cabin is visually more appealing. Collectively, however, it’s still not on the same level as the Polo Vivo; the plastic surfaces still feel basic, compounded by a layout and design that are somewhat uninspired.

Packaging of the interior is a strong point, though, with driver and passenger head- and legroom, as well as boot and utility space (provided by a folding rear bench seat), remaining generous offerings. Rear Isofix points and a sound system with Bluetooth and aux-in are now standard, which adds to the value of this package. Another factor that remains unchanged is the powertrain. It consists of a naturally aspirated, free-revving 1,5-litre engine mated with a five-speed manual transmission that drives the front wheels. In practice, this is a responsive and capable unit that doesn’t struggle in propelling the relatively light sedan.

According to our scales, however, the Etios Sprint Sedan is 40 kg heavier than the model we tested before and that increase reflects in our performance-test results. Both standing and overtaking acceleration figures are notably slower than before; 100-120 km/h in top gear takes 0,64 seconds longer, while the 0-100 km/h figure rises by 0,79 seconds. As for stopping power, the Etios retains its front ventilated discs and rear drums, which work together with the grippy Bridgestone Turanzas to provide an essentially unchanged average 100-0 km/h stopping time of 3,12 seconds. 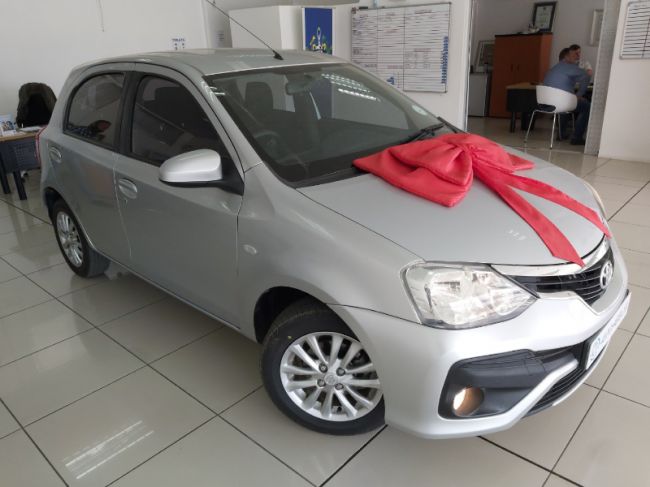