1/8
Has Toyota, in trying to reignite enthusiasm for its brand, reminded the rest of the motoring world how to have fun with the Toyota 86? 2/8
The 86 mm tailpipes add aggression to the Toyota 86 package. 4/8
The Toyota 86 is light on its feet and in its element on a winding mountain pass. 7/8
The full-size spare wheel is left exposed in the boot. THE brief, as it turned out, was a fairly simple one. On a blank sheet of paper, the engineers and designers were tasked with creating a sportscar that would give long-suffering Toyota fans, as well as marketing departments, advertising agencies and dealer principles a reason to get excited about product values other than efficiency and comfort.Then, in light of the PR disaster that was a massive “unintended acceleration” campaign, the red phone in chief engineer Tetsuya Tada’s office would have been ringing with one further instruction: make sure whatever you’re working on is very, very good.

From the outset, it was decided that the Hachiroku (Eight Six) would not be burdened with any of the impressive yet costly technological wizardry that aids the likes of the mighty Nissan GT-R in setting scorching Nürburgring lap times. The Toyota 86 needed to be a driver’s car that would be engaging and fun, while not being intimidating. Of vital importance, though, was that it had to be attainable.

While it’s said that an example of the legendary 1967 Toyota 2000GT was wheeled into the design studio for reference purposes, the 86 does an admirable job of turning heads in its own right. Overall mass as well as its distribution over the four corners of the car was an important factor in the design process and the end result is a coupé that manages to look lean and light on its feet.

As Toyota owns a large portion of Fuji Heavy Industries, and thus Subaru, a decision to pool resources was made, resulting in a modified version of the Impreza platform being selected to host both the Toyota 86 and its Subaru BRZ twin (due in South Africa later this year). An important concession (reportedly not made lightly) was that both cars would be rear-wheel drive only.

Although the temptation to add aggression to the 86 package would be difficult to overcome, including larger alloy wheels (17-inchers are standard on the High specification) and after-market body kits (Toyota South Africa is not offering the huge wing that may have been seen in overseas promotional material), this would serve to only undo much of the thinking that has clearly gone into the function behind the Toyota 86’s form. As it stands, there was already general consensus among the CAR test team that the twin 86 mm wide tailpipes poking out of the Toyota’s bumper may send out the wrong message.

Indeed, it was the message that the all-new (4U-GSE) naturally aspirated, horizontally opposed 2,0-litre engine (featuring a “square” 86 mm bore and stroke), fitted far back and low, delivers just 147 kW that had many sceptics, including some members of the CAR team, slightly concerned. On paper, and particularly in modern hot-hatch terms, this kind of power figure, regardless of our test unit’s modest 1 254 kg mass, would surely leave the 86 owner feeling ever-so-slightly vulnerable while idling at the traffic lights?

Although a six-speed automatic transmission is available, the six-speed manual ‘box feels best suited to the character of this free-revving D-4S engine with its dual direct and port-injection capability. The shift action is as positive as it is precise and is matched to a light and easily modulated clutch pedal. Using the change-up indicator on the centrally mounted rev counter as a guide, we were able to match Toyota’s claimed 0-100 km/h figure of 7,6 seconds.

An advantage of the D-4S engine’s high-revving nature is that it boasts a genuine split personality and is capable of returning an average fuel-consumption figure of 7,65 litres/100 km in the daily commute before screaming into action as the road clears. It has to be said that, while Toyota felt the need to channel the exhaust note into the cabin via a sound amplifier, we have heard sweeter-sounding high-rev engines.

Perhaps owing to the engineers’ insistence that the 86’s centre of gravity should be as low as possible, even the taller members of our test team could find near-perfect driving positions because the driver’s seat drops right to the ground. Well-bolstered, part-leather seats are standard fitment on High-specification models and Toyota has fitted its smallest-ever diameter (365 mm) steering wheel. All of this aimed at heightening the driving experience.

The cabin is not perfect from a local perspective, however;  SA-specification 86s feature a dated (Hilux-sourced) audio system with USB/aux-in function that manages to completely mismatch the rest of the cabin’s illumination and lacks Bluetooth. There’s more bad news for local 86 owners when it comes to luggage capacity; Toyota South Africa Motors has insisted that a full-size spare wheel be fitted. While we applaud this decision from a safety perspective, the uncovered alloy wheel fills much of the already cramped luggage compartment. Fortunately, the rear backrest can be folded flat to increase packing space; with rear-passenger legroom effectively non-existent, most owners would more than likely permanently adopt this configuration.

The Toyota 86 features one of the best electric power-assisted steering setups in terms of weighting and feedback that we’ve encountered (including the system in the new Porsche 911). This, together with the fact that from the low-slung driving position the sight of aggressively styled wheelarches gives the driver a clear indication of where each front wheel is, allows for effortless placement of the 86 mid-corner. Turn-ins are pin-point precise and, even though power delivery from the naturally aspirated engine is progressive, the 86 rewards a smooth driving style, especially when it comes to throttle inputs. Although much had been made of the fact that there is lots of fun (read sideways action) to be had in a lightweight, rear-wheel-drive car, the reality is that even with the relatively modest power available, the 86 with its 55:45 front-to-rear weight distribution, standard limited-slip differential and (Prius-like) low-resistance rubber has the ability to find an inexperienced driver wanting. With this in mind, the standard VSC traction control system has three settings, from all-seeing, to a more forgiving sport mode and finally a good-luck setting.

A further advantage of the 215/45 R17 rubber, combined with a MacPherson-strut front-suspension arrangement and independent, double-wishbone setup at the rear is that despite offering just enough body roll to unsettle the rear mid-corner if provoked, these tyres also afford the 86 a surprisingly refined ride at everyday driving speeds.
All models feature standard ABS braking and ventilated disc brakes on all four corners.

While new kids to the performance playground might feel intimidated by the hot hatches waiting to bully them with Revo knuckles, power figures and 0-100 km/h sprint times, the 86 will feel quite content playing on its own. There is merit in the argument that the latest-generation hot hatches, specifically the all-conquering (and similarly priced) Renault Mégane RS, offer many thrills.

But, with the 86 you need to remember that before manufacturers started making the most of what a front-wheel-drive layout could deliver, or became obsessed with how fast their high-tech offerings could lap the Nürburgring, people were having fun and learning to drive in affordable, lightweight, reasonably powerful, rear-wheel-drive cars. The 86 is a glowing reminder of this simpler approach. 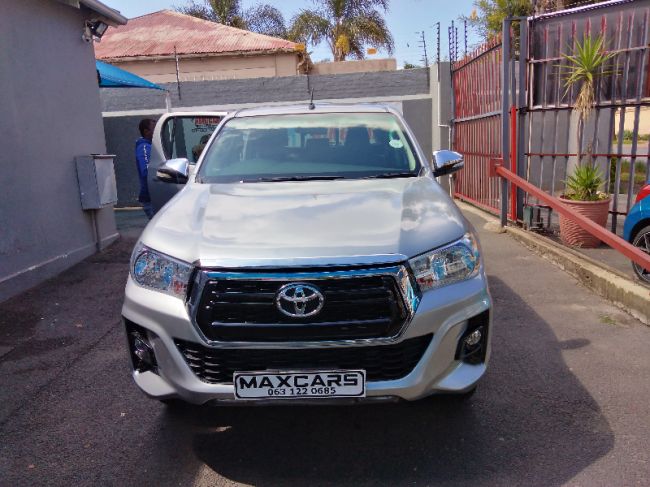