3/8
The Mercedes-Benz X-Class double-cab bakkie has finally been revealed in production-spec! 4/8
The tail-lamps are far simpler than those fitted to the concept version. 5/8
The top-spec Power model features chrome-effect trim on the front and rear bumpers. 7/8
The cabin borrows some elements from Mercedes-Benz passenger vehicles (see an image of the high-spec cabin embedded in the copy below). The Mercedes-Benz X-Class double-cab bakkie has been officially revealed at a special global event in Cape Town, South Africa.

Billed as the first pickup from a premium manufacturer, the Stuttgart automaker says the new X-Class – which will be built on the Navara platform thanks to a deal with the Renault-Nissan Alliance (the Alaskan will use the same underpinnings) – unites the typical characteristics of a bakkie with the “classical strengths of a real Mercedes”.

Sales will start in Europe in November 2017, with South Africa and Australia set to follow at the beginning of 2018 (likely the second quarter for SA). Argentina and Brazil, meanwhile, will have to wait until the start of 2019 for their first examples to arrive. South Africa, for the record, will source its units from the Nissan plant in Barcelona.

In terms of styling, the production model doesn’t stray too far from the pair of concepts revealed in Stockholm back in October 2016, with the front of the vehicle featuring the brand’s trademark SUV design, complete with the signature centrally mounted star, twin-louvre grille and deep-set headlamps.

Three design and equipment variants will make up the range: the basic Pure model will be positioned for “robust use”; the Progressive derivative for “higher requirements in terms of quality feel and comfort”; and the Power model will be billed as the “high-end variant for urban lifestyles”. You’ll be able to easily identify which variant you’re looking at by having a peek at the front apron. On the Pure model, for instance, this component is unpainted, while the apron on the Progressive variant is finished in body colour. The premium Power (in white above) model likewise comes with a front bumper painted in body colour, but adds chrome-effect trim. The rear bumper of each variant features a similar treatment.

The X-Class will be offered in nine exterior colours with a variety of 17-, 18- and 19-inch rims across the three design and equipment lines.

At market launch, two common-rail turbodiesel engines will be available locally, both offered with rear-wheel drive or all-wheel drive. Shared with the Navara, the single-turbo 2,3-litre in the X220d (mated to a six-speed manual) makes 120 kW/403 N.m, while the bi-turbo version under the bonnet of the X250d is worth 140 kW/450 N.m (and can be specified with a seven-speed automatic). A petrol engine worth 122 kW/238 N.m (in the X200) will also be offered in some markets, but won’t come to South Africa since it will be built in left-hand-drive guise only.

The flagship V6 diesel, however, will be released in mid-2018, and will come standard with permanent 4Matic all-wheel drive and the seven-speed self-shifter, complete with shift paddles and a start/stop function. The six-cylinder engine in the X350d will make 190 kW and 550 N.m.

Built on the Navara platform (ladder-type frame, rear multi-link solid axle, front independent wheel suspension and coil springs on both axles), the German automaker says its bakkie boasts “comfort suspension, with the fine-tuning expected of a Mercedes”. Interestingly, though, SA-spec models will feature a raised suspension as standard, putting ground clearance at 222 mm (up 20 mm).

Mercedes-Benz says the X-Class will be able to accommodate a payload of up to 1,1 tonnes, with towing capacity capped at 3,5 tonnes (model dependent, of course). The wheelbase measures 3 150 mm (the same as the Navara), while the front track comes in at 1 632 mm and the rear at 1 625 mm.

Inside, Mercedes promises that the X-Class will “elevate comfort and perceived quality to a new level” within the segment (we guess that’s aimed at you, Volkswagen). The instrument panel has a concave element across its entire width, as is typical of Mercedes. In the range-topping Power model, there will be three trim choices: a pixelated look in matt black, an aluminium effect with longitudinal grain and a brown matt woodgrain effect. In addition, the upper section of the cockpit will available with man-made leather in either black or nut brown. A freestanding central display, which we’ve already seen in the V-Class, will be offered in conjunction with the brand’s Comand Online multimedia system. It has a screen diagonal of 8,4 inches, making it what Mercedes calls “the biggest display in the segment”.

The instrument cluster, meanwhile, includes large, analogue round dials first seen in the C-Class and V-Class (in the Progressive and Power models, these are tubular), with a 5,4-inch colour multimedia display sited between these dials. There’s also the familiar multifunction touchpad located on the centre console.

The X-Class Power variants will come with electrically adjustable seats and electric two-way lumbar support as standard. The rear bench (with space for three people, says Mercedes) includes reinforced seat side bolsters in the outer seating positions. These seats are also equipped with Isofix attachment points as standard.

Of course, we can expect the X-Class (particularly the Progressive and Power models) to be offered with all manner of special equipment and style packages. In addition, a range of accessories will also be available, including a styling bar, side bar, soft or hard roll cover, load-bed liner, cargo area partition system, load-securing rails, an underguard as well as a hardtop that Mercedes says will make the X-Class “look like an SUV”.

So, how much? Well, we’ll have to wait a while yet for the official answer, with Mercedes-Benz South Africa expected to release pricing closer to the local launch next year…

Now that you’ve seen the new X-Class, look out for the August 2017 issue of CAR magazine (on shelves from July 24), in which we report back after a ride in the X250d. 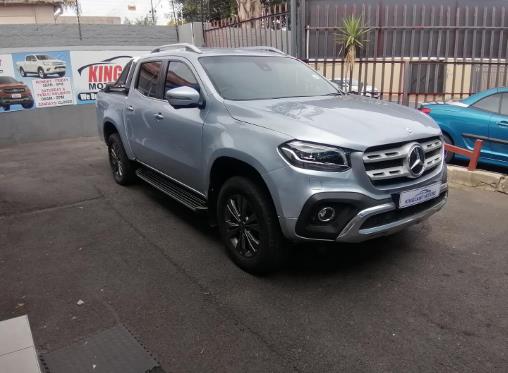 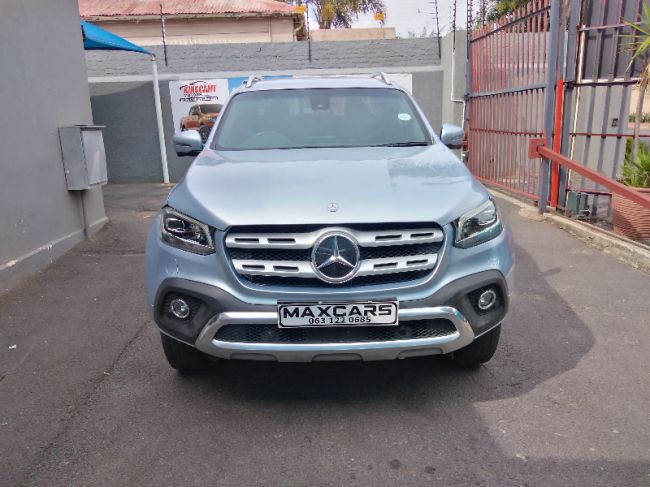