Do you dare to be different? Revel in being constantly questioned about your choices? Well then the BMW 3 Series Gran Turismo is something that will most certainly appeal to you. After what could be considered as a bit of a flop (the 5 Series GT), BMW has decided to launch a 3 Series version. It’s certainly a questionable move but one that could pay off. Perhaps…

The world’s motoring journalists were introduced to the ‘hatchback’ version of BMW’s best selling saloon this weekend in Sicily, Italy. It’s hard to say exactly which segment this vehicle will compete in. It’s not a saloon, but it’s not really a hatch either. It’s not a coupé and it’s not an SUV, yet it has elements of all these derivatives. The design could be as controversial as the X6. Personally, I thought it looked rather stylish and sporty in the metal, whereas a few other journalists commented on it being clumsy and awkward looking. It may be styled on a coupé but has a large tailgate. And although it is notably larger than the Touring (station wagon) or saloon, the sloping roofline manages to disguise this to a degree.

The cabin is in essence identical to the 3 Series saloon, but this vehicle prioritises space and comfort. The rear seat legroom is more than ample and can easily seat tall adults behind a tall driver and front passenger. The front seats have been raised by 60 mm compared with the saloon and so with the higher ride height you get a better view of the road. However, visibility through the rear window is limited. The boot space is very impressive with a capacity of 520 litres, expanding to 1 600 litres with the rear seats lowered.

I drove both the 320d and the 335i and it goes without saying that the 335i is more for the driving enthusiast. The 2,0-litre turbodiesel in the former is, however, punchy, and has enough low down torque to make overtaking an easy task. The engine felt refined and although some journos complained about the noise of the engine, my driving partner and I were more impressed by its throaty sounds. Besides, who doesn’t appreciate a sporty exhaust soundtrack from their BMW?

Despite charging round the mountain passes of Sicily, the 320d still managed to deliver impressive fuel consumption of below 7,0 litres/100 km. Drive it with some restraint and BMW claim it will return a figure of a ludicrously low 4,9 litres/100 km. The engine delivers 135 kW and 380 N.m of torque, more than enough to keep you entertained on Sicilian mountain passes.

In case you were wondering, the raised front seats of the GT has done nothing to remove you from the driving experience that is so characteristic of the saloon. It remains as engaging as ever. The 3,0-litre petrol engine produces 225 kW of power and 400 N.m of torque. It’s gutsy and races from 0-100 km/h in 5,7 seconds. Of course, the claimed fuel consumption is a higher 8,1 litres/100 km, a figure we struggled to match during our back road adventures. Overall, driving the GT will feel familiar to you if you’ve ever driven the saloon. The steering is a bit heavy but nicely direct, the handling is good and the ride is relatively smooth, even with the M Sport package (which will be available in South Africa only in July/August). When the GT arrives in June this year you will be able to spec it with the Sport line, Modern line or Luxury line trim levels.

The following derivatives will be available in South Africa: 320i, 328i, 335i and the 320d. At this point pricing has not been released but it is estimated to be about R30 000 more than the equivalent saloon derivatives.

As a 3 Series derivative it may not make much sense initially, but if you consider its enlarged dimensions and sensible price premium over the saloon, it is easy to think of it as a bargain-bin 5 Series. Is there a market for this car? It is debatable but you can’t ignore the appeal; it’s spacious yet compact and would quite easily suit anyone, especially if you lead an active lifestyle or have a hobby that involves gold clubs, surf boards, cycling, or shopping. It could make sense over the current compact SUVs, for example. As I said at the beginning, it’s going to appeal to those who dare to be different. 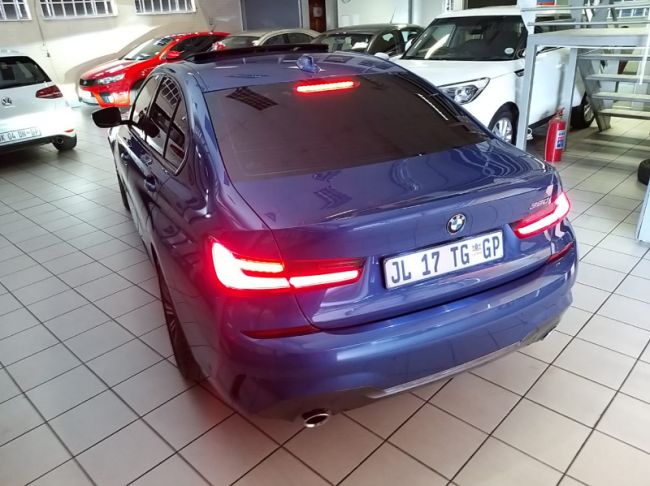