MARBELLA, Spain – With more than 500 000 units sold since introduction in 1998, Audi’s baby sportscar has been an unmitigated success for the company and has proved to be one of the top-sellers for the brand worldwide.

The current generation TT has been on sale since 2006, so it’s due for replacement, that’s why I find myself in southern Spain: to experience the all-new TT.

What is it?
For the audisti (work with me here, I’m trying to coin a term), the new model will be immediately recognisable. The cues that made the original TT such a vaunted design, and were used to good effect on the second generation model, have been carried over to the latest incarnation.

The cab-forward stance, steeply raked roofline and pronounced wheelarches (all visible in the family portrait above), are present in the new model, but the overall treatment is sharper, the newcomer represents a modern interpretation of the cues that have served the TT well.

For those who don’t pay close attention to the products from Ingolstadt, however, the TT’s new clobber will be less obvious. Audi representatives at the launch even described the overall design as evolutionary, rather than revolutionary.

That impression changes markedly when one surveys the cockpit, it has to be said. The introduction of Audi’s Virtual Cockpit, which takes pride of place in all new TT models, is a major departure from previous models.

This TFT screen replaces all the instruments and combines vital information into one large digital display, doing away with a facia-mounted monitor; all information relating to infotainment system is now placed directly ahead of the driver.

Various pieces of info can be displayed or removed from the display as needed. When you require a larger navigation map the speedometer and rev-counter can be reduced in size and moved to the periphery of the display, for example.

Less is more
The MMI controller has been simplified. Drawing inspiration from contemporary smartphones, the MMI features fewer buttons and touch functionality for actions such as navigation inputs. All functions can also be controlled by a newly designed steering wheel and up to 150 commands can be accessed by voice control as well.

Other areas that have been reworked include the HVAC. A little display that controls speed/temp/air direction features in the centre of each air vent, for example, and the outermost vents have controls for the seat heating.

These wholesale revisions have created a cabin that is devoid of clutter with fewer buttons and dials scattered all over the facia. And to underline the TT’s credentials as an enthusiast’s car, the entire facia is angled towards the driver.

Family genes
Like many of its siblings and stablemates in the VW/Audi Group the new TT is based upon the MQB platform. Unlike some of the other models based on MQB, the TT uses a large percentage of aluminium in its structure, employing some of the ASF technology as employed in models further up the Audi range.

By adopting lightweight materials for the TT’s construction, Audi has limited the sportscar’s mass to a competitive 1 230 kg; which makes it  lighter than its predecessor and more than most of the Audi’s rivals. While the mass has been reduced torsional rigidity has been increased by 23 per cent.

Under that alloy bonnet is another tried and trusted component, the EA888 engine. This turbocharged, inline four develops 169 kW and 370 N.m of torque.

South African buyers will only be able to buy two-pedal versions of the TT when it is launched here in March next year. Audi SA will, however, give buyers the option of choosing between front wheel- and Quattro all-wheel drive versions.

How does it go?
On the international ride and drive event I sampled both drivetrain options that will eventually make their way to SA.

Initial impressions of the front-wheel version were favourable. On the very tight and twisty roads that lead from the seaside town of Marbella up into the mountains the TT dished up good levels of grip coupled with accurate control as afforded by the precise helm – which are much-needed attributes when you’re trying to dodge cyclists heading in the opposite direction.

While immersing myself into the driving experience it was the engine that left the biggest impression. The force-fed four dishes up a significant amount maximum torque and as it is available from barely over idle you can slingshot out of corners even if you think you’ve chosen the wrong gear.

The best part is that when the Drive Select system (a standard item for all SA-bound TTs) is in “dynamic” mode, the TT’s soundtrack is one of the finest of any engine of this configuration. The engine note takes on a lower timbre as the exhaust bypass flaps are opened. The throatier note deepens further when the rev-counter swings past 3 500.

Each upshift by the class-leading, twin-clutch transmission is signalled by the now signature brruuupp that sportier models from the VW Group seem to exhibit. Keep your foot planted and it sounds more like an older Audi five-pot, which will really please fans of the marque.

More dynamic behaviour
A day later I got to experience the Quattro model. Again, thanks to extensive use of lightweight materials the all-wheel drive model tips the scales at approximately 70 kg (one small-ish passenger) more than the front-wheel drive variant.

The Quattro TT does allow you the option to climb on the gas earlier than in the front-wheel drive model, knowing that a portion of torque will be directed to the rear axle helping to exit most corners a little faster… than is perhaps necessary.

While the all-wheel drive system may not be a new concept, its execution is. Drive is sent to the rear axle via an electro-hydraulically actuated multi-plate clutch. Audi engineers were very keen to impress upon us that the control algorithms now employed are far more proactive – rather than reactive – than on previous TTs.

The default mode is still to send power primarily to the front wheels, but apportioning power is now faster than before with up to 100 per cent momentarily sent to the rear wheels when low grip surfaces (ie snow) are encountered.

Thanks to inputs from various parts of the powertrain and controls (throttle/steering), the new TT (in both drivetrain guises) also features torque vectoring, which brakes the inside wheels to create a polar moment aiding turn-in and mid-corner stability.

Another neat trick is that more torque is apportioned to the rear axle when set to “dynamic” mode, the effects of which can immediately be felt when toggling through the different modes while tackling a twisty road.

Summary
The styling may not announce the new TT’s arrival as brazenly as the original model did in 1998, but the changes both inside and under the skin will leave owners with plenty to appreciate when the newcomer lands on local showroom floors in March next year.

See the upcoming issue of CAR for a driving impression of the more powerful TTS model. 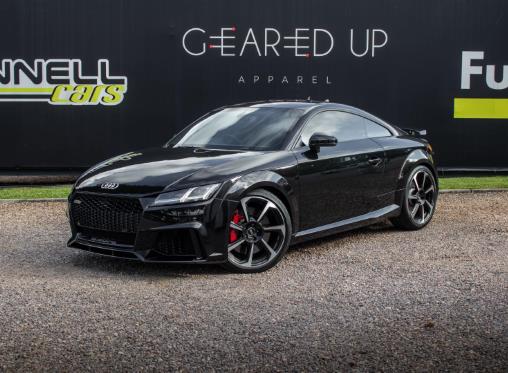