2/8
The Tourneo offers sliding doors on both sides 4/8
Ford drivers will recognise the interior features and layout 7/8
The third row of seats are not cramped Published by CAR magazine on May 2, 2013
FordTourneo Custom

History
Ford’s Transit van is as prevalent in the United Kingdom as bakkies are in South Africa. To put it simply, they are everywhere. Although some of the early vans were built at Ford’s plant in Port Elizabeth between 1967 and 1974, FMCSA (Ford Motor Company of Southern Africa) only recently decided now to launch the latest Transit Custom vans and Tourneo Custom MPVs in South Africa. It’s sizeable, practical and robust, but can the Tourneo steer customers away from such staples as the Toyota Quantum, Mercedes Viano, Hyundai H-1 and Volkswagen T5?

Engine and specification
At this stage the Tourneo line-up will only comprise a 2,2-litre turbodiesel engine in two different states of tune, a 74 kW/310 N.m version and a more powerful 92 kW/350 N.m example. One of  the standard-fitment convenience features on the more powerful versions are Ford’s SYNC system that incorporates audio, USB and aux connector as well as Bluetooth and voice control. It is a cost option on the less powerful models. Buyersrequiring additional luggage capacity – or rear space – can opt for long-wheel base models or transfer luggage to an optional integrated roof rack system that stows away when not in use. The six-speed manual gearbox (the only gearbox at this stage) drives the front wheels.

Behind the wheel
During our brief drive we encountered a mixture of in-town traffic dawdling as well as spells on the highway. For starters, the driving position is commanding with a good view through the upright windows at the front and the side. Use the arms rests and you can very quickly get very comfortable behind the wheel. The gearlever is well-sited, falling easily to hand, which is just as well since the six-speed gearbox needs to be worked frequently to keep the turbodiesel on the boil. Dip below 2 000 r/min and you will have to wait for the turbo to pick up revs before the necessary torque is delivered.

Keep these vagaries in mind and you will quickly adapt your driving style to get the best out of the drivetrain. But it was the suspension that really impressed. One of the Tourneo Custom’s main competitors, Volkswagen’s T5, offers a similar driving experience, but the Ford surpasses it in terms of driving comfort and the manner in which it absorbs bumps.

Summary
FMCSA waited a very long time to launch the Transit and Tourneo ranges in South Africa. President and CEO of FMCSA, Jeff Nemeth, confirmed that they will monitor the market’s level of acceptance for this new range before making decisions in the future, but did confirm that the standard Transit and Tourneo (in both cases bigger vehicles than the Custom models) will be launched locally next year.

During our brief encounter with the Tourneo it impressed on the road as well as in terms of the standard level of specification. It is a safe bet that it will easily unsettle the current top four sellers in this segment, Toyota’s Quantum, Mercedes-Benz’s Vito, Volkswagen’s T5 and finally Hyundai’s H1.

Click here for more details and pricing on the new Custom range. 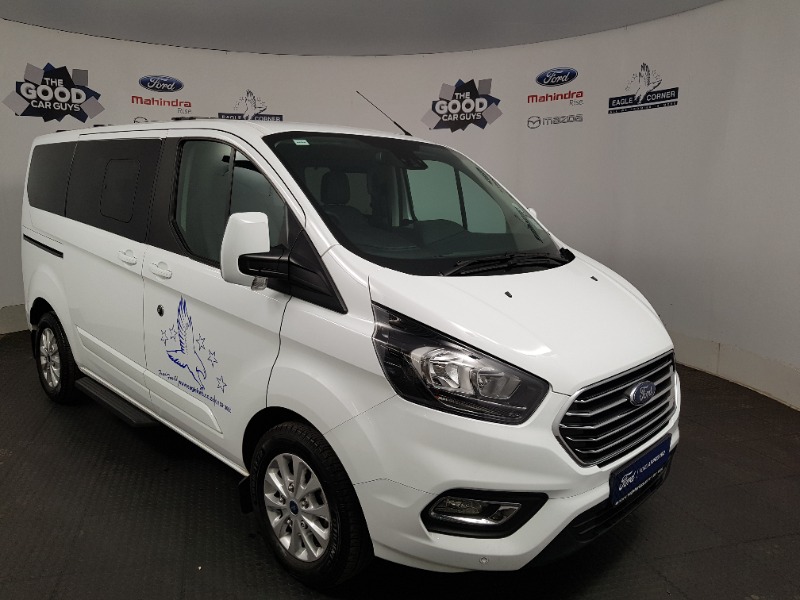