Buying a new car requires you to tick a few boxes on the options list. It’s a familiar exercise – among a host of various optional extras offered by the maker of your chosen vehicle, you carefully weigh up which luxuries and technologies your wallet can afford.

As you would expect, the new Mercedes-Benz S-Class offers an extensive list of options that break new ground in terms of automotive luxury and comfort, as well as driver, passenger and pedestrian safety.

There are a couple of options, however, that you would not expect. And they are not specifically mentioned in the car’s brochure either. Basically they offer you the choice of who should drive your car…

Option 2: You get your chauffeur to drive you. If you’re Chinese and have more yuan in your bank account than you know what to do with, you’ll probably be sitting in the back seat of the new long-wheelbase S-Class, and probably with your feet up. Which is possible in the back of this car if you ticked the Executive Seat option. Made of the highest quality leather, these wonders will not only recline to 43,5 degrees and include calf support, but they will could cool you, warm you (even the arm rests are heated), and massage you in six different ways, including a “hot rock massage”. Indeed, Mercedes-Benz have even declared that for the first time in this model’s long and illustrious history, the development focus was on the long-wheelbase version, with the shorter car being a derivative. As their market research shows, owners of prestige saloons in the growing and very lucrative Asian markets prefer to be chauffeur driven.

Option 3: Yes there’s a third, and this is where it gets really interesting. You can let the new S-Class drive itself. That’s not an exaggeration… okay, it’s not much of an exaggeration. Thanks to stereo cameras mounted in the front windscreen and six multi-stage radar senses in the front, rear and sides of the car, the S-Class is can pretty much operate itself.

Driving the S 350 BlueTec variant north from Toronto’s large, flat expanse toward the wooded lakes of the Muskoka region gave us the opportunity to see this set up in action. Out on the open highway, two systems made it clear that what would usually be a Driving Impression would be more of a Being Driven Impression.

1. Distronic Plus with Steering Assist and Stop&Go Pilot. It’s basically a cruise control function that will not only automatically brake the car if the traffic up ahead stops or slows down, and then automatically accelerate as the traffic then does, but it also follows the vehicle ahead without any steering input from the driver. At speeds below 60km/h it locks on and follows. There’s more too. If the car ahead wonders into the next lane, your S-Class, the clever German that it is, won’t follow suit just in case the driver of said car is doing something irresponsible.

2. Active Lane Keeping Assist. This detects oncoming traffic and, if you mistakenly wander over, it will apply the brakes and steer back into your lane. (Both systems are negated as soon as there’s any steering input from you.)

Mercedes is very clear that this and a raft of other systems in the new S-Class are there to assist and enhance the driving experience and not to replace the driver. After a few seconds without sensing a hand on its steering wheel, the S-Class will start to flash a red dash icon and a sound warning “ding ding” requesting you return your hands to where they should be.

However you do get the strong impression that the only reason for that “ding” is that current legislation doesn’t allow for autonomous driving and should they choose to link and integrate all the technology on the new S-Class, we would have a car that could operate without input from a driver.

At this launch, Dr Thomas Hellmuth, programme director for the S-Class basically made this clear: “Mercedes-Benz is working towards an autonomous driving experience.”

He also said: “With the S-Class, we want to offer our customers nothing more than the best car in the world.” And given the technology and luxury combination offered in the new S-Class, Mercedes-Benz has a valid claim.

It’s a technological wonder and purveyor of the future. Housed within a sophisticated exterior that impressively disguises the car’s bulk and has a class-leading Cd figure 0,24 is a chassis that weighs 100 kg less, has 50 per cent better torsional stiffness, and provides up to 20 per cent better fuel efficiency than the previous model. With the S-Class, Mercedes-Benz have set a new standard in this segment.

The S-Class will be launched locally in February 2014 and there are no pricing details yet, though a reliable source tells us to expect it to be 7 to 10 per cent up on the current range.

For a more comprehensive review, buy the upcoming September 2013 issue of CAR magazine. 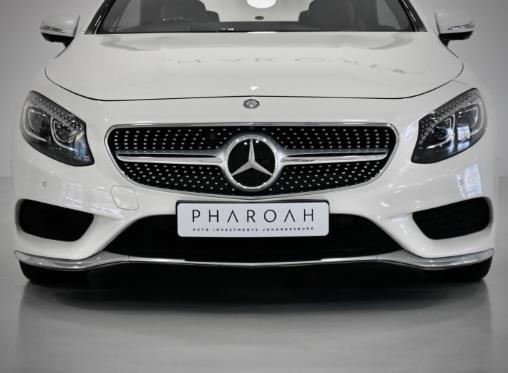