Understandably, the M6 doesn’t look as though it goes like stink. Even with that body kit bolted on, this apex predator of the M-car division is still quite a subtly clothed proposition, but under the bonnet lurks the most powerful factory-built engine available from the Munich-based manufacturer. Inspired by the technology utilised by BMW’s Formula 1 racing division, the 40 valve V10 develops 373 kW at 7 750 r/min and 520 N.m of torque at 6 100 r/min.

The M6’s bane is the complex seven-speed SMG transmission; you’d do best to become acquainted with while studying the owner’s manual like you would for your final exam, as it’s become quite infamous for being rather complicated.

Besides the convenience of being a claimed 20% faster shift, when compared to a manual gearbox, the Drivelogic function offers a total of 11 gearshift options. Of course, as in the M5 and of late the new M3, there is an M-button that enhances throttle response, firms up dampers, employs the most aggressive SMG-gearshift setting and offers the full 373 kW from the normally available 300 kW.

The track is worlds apart from the confines of daily driving on traffic-congested roads, so having launch control and the speed-sensing M Differential Lock seem like a key choice of weaponry for the M6’s campaign against similarly powerful models that it will do battle with during the track shootout.

Although the M6 is slightly smaller than the M5 and weighs 100 kg less, it is nevertheless still quite a large vehicle, weighing in at more than 1 700 kg. Lucky then it handles the way it does, offering superb balance and inspiring driver confidence. Zero to 100 km/h in 4,74 seconds is no joke and we can only picture the M6 being driven ultra-hard around the track in M mode.
Click one of the options below to download a wallpaper of the BMW M6:
800×600 OR 1024×768.

You can also view a stunning video clip of the BMW M6 being put through its paces during CAR Magazine’s performance issue shootout.

Listen to the M6 exhaust note. 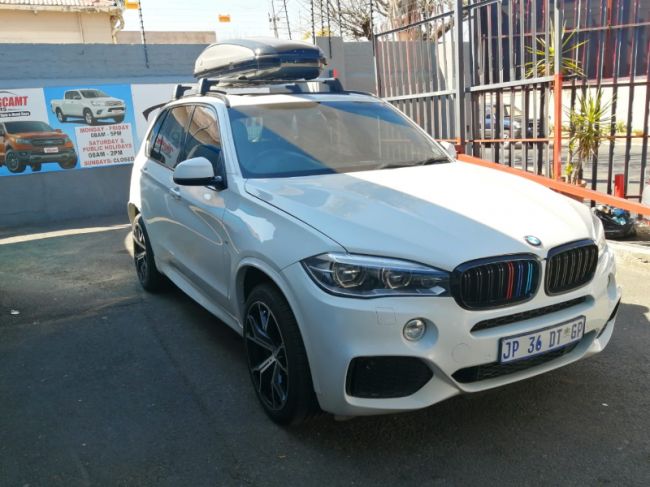