Images of the powerplant earmarked for BMW’s F80 M3 have emerged on the ‘net and give some clues as to how the engineers at the M division plan to eke more power from a lower displacement engine.

Although technical information surrounding the upcoming F80 BMW M3 is thin on the ground, it has been largely established that the engine at its heart will be a six-cylinder affair, possibly utilizing forced induction and a host of other technologies.

Now, the folks at BMW enthusiast website F30post have posted images of what is believed to be the engine set to power the F80 M3 and its possible spinoff, the M4 coupe. There are strong indications that this unit is a thorough re-work of the company’s N55 turbocharged inline-six.

The images (click here to view) seem to ratify the inline-six cylinder layout that has long been hinted at. There are also visual hints suggesting that the new engine will make use of an air-to-water/liquid intercooler arrangement courtesy of what appear to be twin intake boxes similar to those featured in the company’s N54/5 inline-six engines. The presence of two large pipes feeding this intercooler arrangement strongly suggests a twin-turbo setup, but that’s not to say that the rumoured third, electrically driven, turbocharger isn’t stashed somewhere out of sight.

The air-to-water intercooler arrangement (which essentially works as a heat exchanger that cools air immediately before it reaches the cylinder) makes a good deal of sense in its application here: its packaging is more compact than more conventional front-mounted intercooler setups due to smaller pipe and overall intercooler unit length – a trait that also helps the engine attain optimal boost more quickly to lessen the effect of turbo lag. There are however, some counters to such advantages: it’s a heavier, more complex setup than a standard intercooler (making allowances for water pumps and fluid).

This additional weight could be addressed by BMW’s rumoured use of a lightweight aluminium block with a heavily revised cylinder head. Other technologies include a new bi-Vanos (variable valve timing system) system, which will contribute to a potential power output of 335 kW.

The F80 M3 is likle to be previewed by a near-production concept before year-end with an official unveiling early next year, while the M4 will only come to light towards mid-to-late 2014. 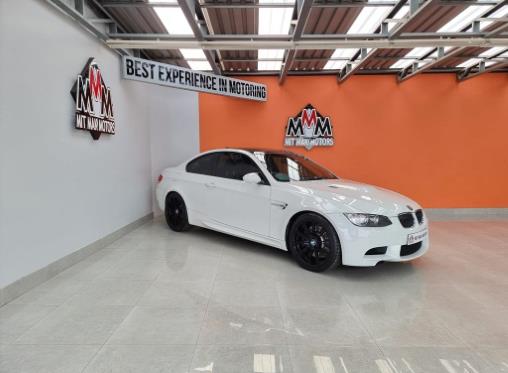