1/4
The rear perches are finished in a different colour to the seats up front. 2/4
The cabin is where the major changes have been made. 3/4
The Bentley Bentayga Mulliner is now offered in South Africa. In March 2017, Bentley took the wraps off its Bentayga Mulliner, describing the fresh flagship as “the ultimate luxury SUV”. And now this model has finally arrived in South Africa, likely in very limited numbers.

But it’s the cabin that truly sets the Mulliner-badged model apart. The front and rear seats are finished in different hide colours (and offered in seven suggested combinations), complete with Mulliner embroidery and contrast stitching, and there’s a Mulliner Bottle Cooler in the rear of the cabin, featuring an illuminated chilling cabinet and bespoke Cumbria Crystal flutes.

Ombré Burr Walnut Veneer is also offered, along with mood lighting, illuminated Mulliner tread-plates and Bentley LED “welcome lamps”. In addition, Bentley says the “Naim for Bentley Audio” system is the most powerful in its class, featuring twenty speakers driven by a 1 950-watt, 21-channel amplifier.

Meanwhile, a remote-controlled heater function allows the cabin to be heated or cooled when the engine is switched off, while electric rear window blinds and a double sun-visor are also available. Then there’s the optional “Linley Hamper by Mulliner”, which includes a refrigerator, bespoke fine china cutlery, crockery and crystal glass, and a storage area for dry goods.

The bespoke mechanical “Mulliner Tourbillon by Breitling” clock features 196 individual pieces and is automatically wound periodically by a dedicated high-precision winding mechanism within the car. It is machined in solid gold (customers can select from yellow, white or rose gold), with the choice of either a mother-of-pearl or black ebony face and decorated with eight diamond indexes. 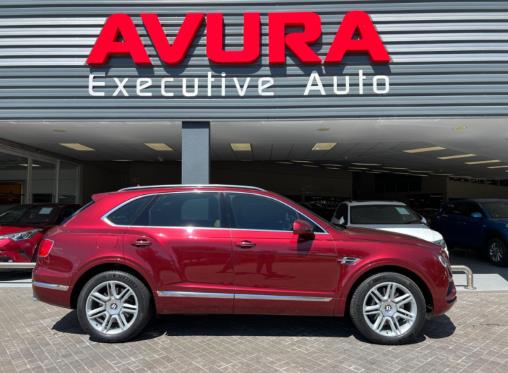 Like turquoise? Then this Mansory Bentley Bentayga is for you