1/3
A variety of screen options will be available. 2/3
At launch, just two derivatives will be offered. 3/3
Local pricing for the new Mercedes-Benz A-Class is out. The new Mercedes-Benz A-Class has finally been added to the configurator on the local brand’s website, giving us a look at pricing for the initial range.

The A180d, meanwhile, (which makes use of an 85 kW/260 N.m 1,5-litre turbodiesel engine) is currently not listed on the configurator (earlier this week, we asked Mercedes-Benz SA whether the diesel was confirmed for the local market, but have yet to hear back).

Of course, all manner of optional extras are offered for the A200 and A250 Sport (check out the configurator here), from various packages to fresh alloy wheel designs and other individual extras. The new MBUX multimedia system, though, is standard equipment.

As a reminder, the A200 is powered by a new 1,3-litre turbocharged four-cylinder petrol engine worth 120 kW and 250 N.m. In South Africa, this unit is paired with a new seven-speed dual-clutch transmission (the six-speed manual is currently not listed), allowing a claimed 0-100 km/h time of 8,0 seconds. The A200 makes do with a torsion beam rear suspension arrangement.

The A250, meanwhile, is also mated to a seven-speed dual-clutch ‘box “developed further” from the transmission used in the outgoing model. This derivative employs a 2,0-litre turbopetrol mill churning out 165 kW and 350 N.m, which is enough for a claimed 0-100 km/h time of 6,2 seconds. It features a four-link suspension set-up at the rear. 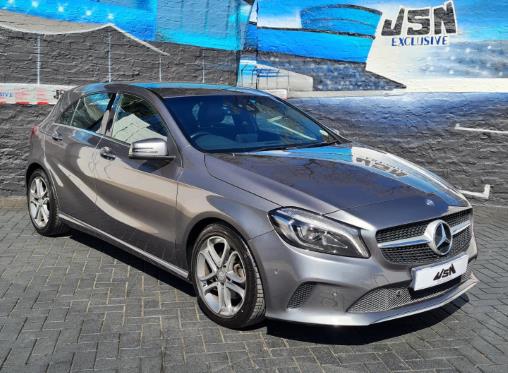