The new Audi Q8 is set to arrive in South Africa in May 2019, with a single derivative offered at launch. The petrol-powered 55 TFSI variant will be available from the outset, while the diesel 45 TDI is expected to join the local line-up in August 2019.

Priced from R1 388 000, the Q8 55 TFSI employs the Ingolstadt-based firm’s turbocharged 3,0-litre V6 (linked to a mild-hybrid system incorporating a 48-volt primary electrical system with a lithium-ion battery and a belt alternator starter), sending 250 kW and 500 N.m to all four corners via an eight-speed automatic transmission. That’s enough, says Audi, for a sprint from standstill to 100 km/h in 5,9 seconds.

The 45 TDI for the SA market, meanwhile, generates 183 kW and 600 N.m from its 3,0-litre V6 turbodiesel (which likewise benefits from a mild-hybrid arrangement), resulting in a claimed zero to 100 km/h time of 7,0 seconds. This variant is expected to be priced from R1 439 000 when it touches down in the third quarter of 2019.

From what we understand, the Q8 – which was revealed in China in mid-2018 – will be quite generously specified in South Africa. Indeed, we expect it to run on 20-inch alloys as standard (with the option of upgrading to 21- or 22-inch items), while Matrix LED headlamps are also likely to ship standard, along with Audi’s virtual cockpit, a panoramic glass sunroof and power adjustable (and heated) front seats. Four-zone air-conditioning, power adjustment for the steering column, full leather upholstery and a Bang & Olufsen sound system are also set to make the list of standard features.

As many as 12 exterior colours will be offered (including the Daytona Grey hue you see in the images above), with the “S line” package (boasting items such as adaptive air suspension and sports seats) leading the list of extras.

Despite being wider, shorter and lower, the Q8 shares much of its running gear with the Q7, and is thus also closely related to Volkswagen Group siblings such as the Bentley Bentayga, Lamborghini Urus, Porsche Cayenne and VW Touareg. Audi says its new five-seater flagship crossover “combines the elegance of a four-door luxury coupé with the practical versatility of a large SUV”, and adds that it is “tough enough for off-road duty”. 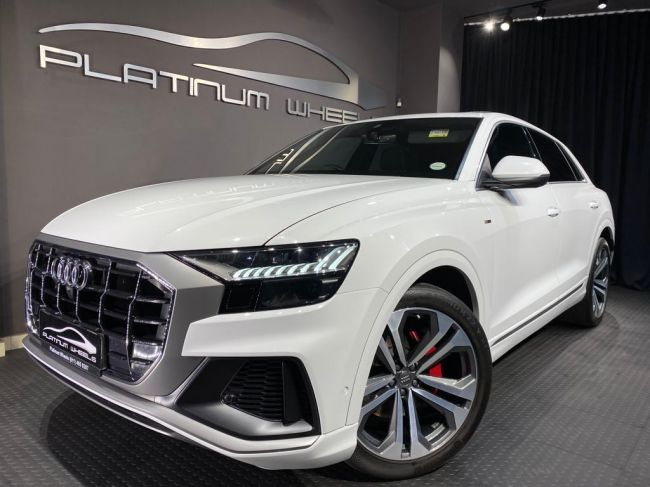 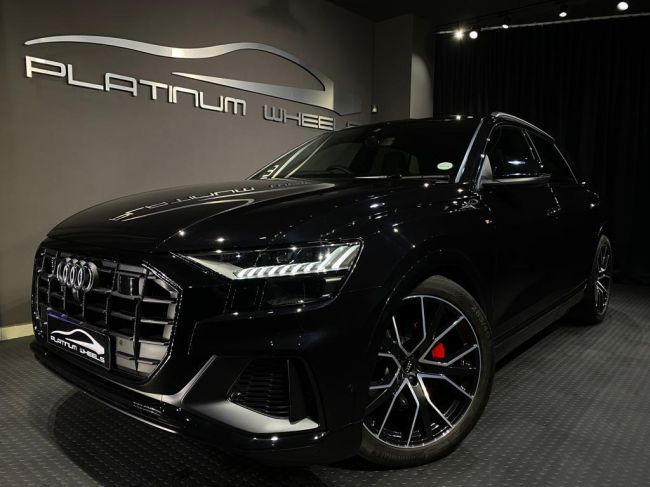