2/5
It is inside where Mercedes has made the most noticeable visual changes. 3/5
Signature styling cues have been retained. 5/5
Mercedes-Benz has revealed its new-generation G-Class. Mercedes-Benz has taken the wraps off its new-generation G-Class, with the iconic off-roader gaining more space (while losing weight), added luxury and subtly updated styling. And, according to the brand, even more impressive off-road ability.

Yes, despite this latest G-Class – which makes its debut at the North American International Auto Show in Detroit – looking distinctly similar to the model it replaces, the Stuttgart-based brand says it is indeed “all new”. In fact, it measures 53 mm longer and 121 mm wider than before, and has lost some 170 kg (thanks in part to the use of aluminium for the wings, bonnet and doors).

The new Geländewagen (which retains a ladder-frame chassis) gains increased body rigidity and new suspension, along with fresh features such as LED headlamps, various driver assistance systems and a redesigned cabin. It furthermore ditches hydraulically assisted steering for an electromechanical system.

But Mercedes-Benz has been careful not to change too much in terms of styling, retaining signature features such as the exterior protective strip, the exposed spare wheel on the rear door, the exterior-mounted door hinges and the prominent indicators.

But it’s inside that Mercedes has seemingly effected the most dramatic changes (although items such as the front passenger grab handle and the chrome-accented switches have been retained). The completely redesigned instrument panel features tube-look analogue dials as standard, although a large digital version will be offered as an option. In this case, the G-Class uses a pair of 12,3-inch displays blending together under a shared glass cover.

The rear seats can be folded down in a 60:40 split, while the front perches can be had with heating functions (as can the rears) and “luxury” head restraints. Special “multicontour” seats, meanwhile, can be ordered with various massage functions, climate control functions, fast seat-heating and electrically adjustable lumbar supports.

Mercedes-Benz says the new G-Class “performs even better off-road, while on the road it is significantly more agile, dynamic and comfortable than its predecessor”. A new independent suspension system comprises a double-wishbone front axle and a rigid rear axle, with a ground clearance of 270 mm at the front and 241 mm at the rear. Maximum fording depth is now 700 mm when driving through water and mud (an increase of 100 mm), while the departure angle comes in at 30°, approach angle at 31° (an extra degree) and break-over angle at 26° (also one degree up).

At the rear, in contrast to the outgoing model, the new rigid axle is controlled by four trailing arms on each side and a Panhard rod, which Mercedes says makes “normal driving on the road even more comfortable”.

The automaker says its new G-Class changes to “G-Mode” independently of the chosen driving mode as soon as one of the three differential locks has been activated or the low range off-road reduction gear has been engaged. This off-road mode adapts the adjustable damping and the steering as well as the accelerator sensitivity.

So, what’s happening under the bonnet? Well, all Mercedes-Benz has said so far is that the G500 derivative will retain its 4,0-litre V8 petrol engine (worth 310 kW and 610 N.m), now mated to a new nine-speed torque converter automatic transmission. 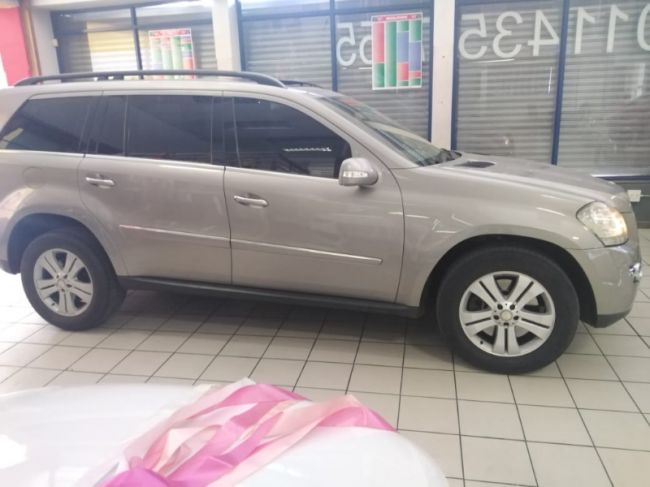