1/7
Entry to the cabin can be done via a Bluetooth-enabled key. 2/7
A plethora of safety features have been added. 3/7
Cosmetic updates and improved ride quality have been implemented. 5/7
The most notable change to the front is the revised grille design. 7/7
The Lexus ES has been given a light refresher. Lexus has whipped the wraps off the facelifted ES, with the Japanese firm’s sedan now sporting various cosmetic updates, improved ride quality and a quieter cabin, plus myriad mechanical refinements.

On the outside, the seventh-generation ES’s grille has been revised and now features a mesh pattern comprising L-shaped components which, Lexus says, emphasize lateral flow and “sense of quality”. Flanking the updated grille, the slender monocular headlamp clusters house new, compact light units. The triple-beam headlamps, meanwhile, has been equipped with BladeScan adaptive high-beam technology. The facelifted ES can be had with the option of 17- to 18-inch alloys, with F Sport models featuring bespoke 19-inch gloss black wheels. Two exterior paint options – Sonic Ididium and Sonic Chrome – have been added to the colour palette.

Climb inside, which can now be done via a Bluetooth-enabled key, and the most notable update to the interior comes in the shape of the new infotainment display. Now enabling touch functionality this item, Lexus says, has been moved 10 cm closer to the driver for ease of use.

A suite of safety technologies has been included. The ES now boasts Lexus’ Safety System+. Equipped with this setup, the ES’s pre-collision system’s response range has been improved. Further improvements have been made to the ES’s Lane Tracing Assist, which now features AI assistance. A curve speed-control function has been added to the ES’s Dynamic Radar Cruise Control setup. Emergency steering assist, low-speed acceleration control, road-sign assist, and emergency driving stop system are included.

According to Lexus, the updated ES features myriad mechanicals upgrades, such as a more rigid rear suspension braces and improved brake controllability. The ES has also adopted advanced linear-solenoid AVS. The latter system is featured in the F Sport derivative and uses a new actuator. Lexus says the addition of this item has improved ride comfort while improving steering response and stability. 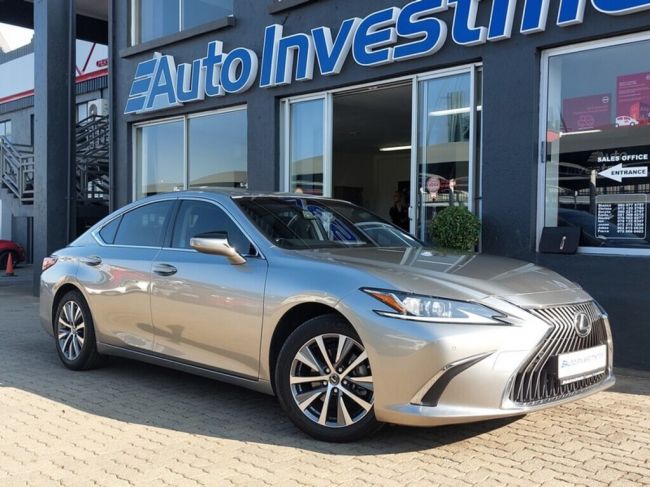