1/5
The second-generation comes nine years after the original. 2/5
Audi says the new A5 is even more slippery through the air than before. 4/5
The optional virtual cockpit in the new A5 Coupé. After a series of teaser images, Audi has finally officially unveiled the new Audi A5 Coupé.

The second-generation model comes some nine years after the original made its debut.

The Ingolstadt-based automaker says the new A5’s bodywork has been “aerodynamically optimised” to deliver a drag coefficient of 0.25. But its characteristic proportions remain, including that long bonnet, stretched wheelbase and short overhangs.

And beneath the updated skin sits a new platform that reduces weight by up to 60 kg over its predecessor. And, of course, the new model gains a significant infotainment update as well as various new driver assistance systems.

The German brand will launch the new Audi A5 Coupé with a range of updated TFSI and TDI engines. Although we’ve yet to learn which powerplants will be coming to South Africa at launch in the first quarter of 2017, Audi says its new mills are all more powerful and more efficient than their predecessors.

Base models will be available with either a six-speed manual gearbox or a seven-speed S tronic, with an eight-speed tiptronic transmission reserved for the flagship diesel and the S5 engine (both of which come standard with quattro all-wheel drive). There’s also the option of a rear-axle sport differential on some models.

The new Audi S5 Coupé employs a turbocharged V6 engine producing 260 kW, allowing it to hit 100 km/h from standstill in a claimed 4.7 seconds.

Inside, the new A5 gains increased dimensions thanks to a longer wheelbase, with Audi claiming that space for both driver and passengers is more generous. The luggage compartment offers a volume of 465 dm3, 10 units more than before.

As expected, the A5 Coupé also gains the brand’s nifty optional virtual cockpit, comprising a 12.3-inch TFT display with a resolution of 1 440 x 540 pixels. Together with the MMI Navigation Plus, including 8.3-inch monitor on the centre console, it forms the central information unit. 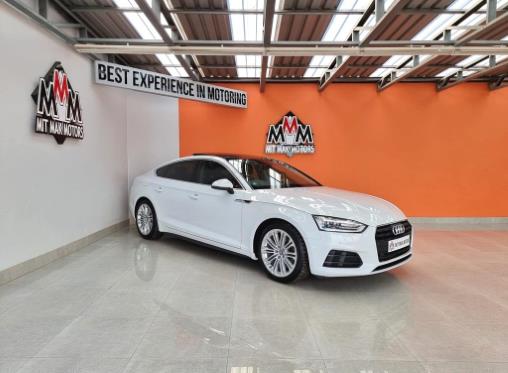