2/7
A range of TFSI engines will be offered. 3/7
Audi's virtual cockpit will be optional. 4/7
The flagship model (for now, at least) features twin tailpipes. 5/7
Note the distinctive slots below the edge of the bonnet. 7/7
The new Audi A1 Sportback has been revealed. Audi has finally taken the wraps off its new A1 Sportback, with the second generation of Ingolstadt’s premium hatchback gaining a striking new design.

Now offered exclusively in five-door Sportback guise, the new model measures 4 030 mm long, 1 740 mm wide and 1 410 mm tall. Luggage capacity has increased by 65 litres to a claimed 335 litres, a figure that grows to 1 090 litres with the rear seats folded down.

Up front, you’ll likely already have noticed the three prominent slits at the edge of the bonnet (as well as what Audi calls the “implied side air inlets”), which the Ingolstadt-based brand describes as “a homage to the Sport quattro, the brand’s rally icon from 1984”.

As has become the fashion, the new A1 Sportback will be offered in optional two-tone guise, with the roof finished in a contrasting colour from the A-pillar to the rear spoiler. The side-mirror caps, the front lip and the side sills will also be available in a contrasting hue.

Inside, the new A1 will feature a digital instrument cluster with a high-resolution, 10,25-inch display as standard, while the brand’s nifty virtual cockpit will be optional.

And engines? Well, Audi simply says there will be a choice of TFSI engines (from a 1,0-litre three-cylinder to 1,5- and 2,0-litre four-pots) with outputs ranging from 70 kW to 147 kW. A manual gearbox or a seven-speed dual-clutch transmission will be offered on most models, while the flagship A1 Sportback 40 TFSI will employ a six-speed dual-clutch as standard. 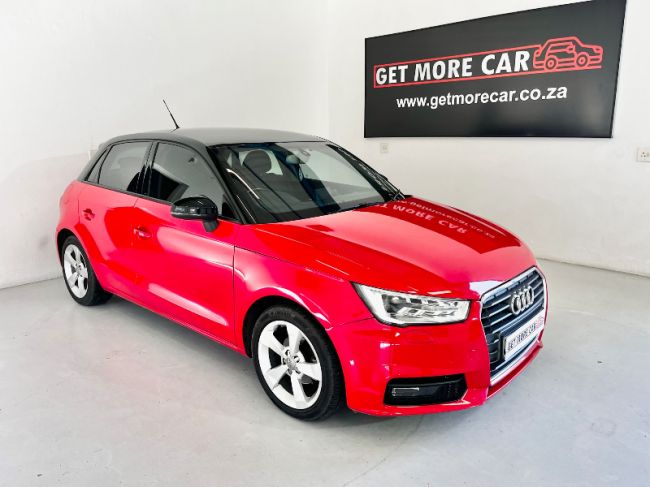