2/5
Copper-coloured stitching is used throughout the cabin. 3/5
The steering wheel is wrapped in Alcantara. 4/5
The model pictured here is finished in Daytona Grey. The automaker says just 222 units (all in the coupé body style) will be built, with the name “Decennium” coming from Latin (and, of course, meaning “decade”).

The Audi R8 V10 Decennium will be available in an exclusive matte-effect Daytona Grey colour, although the German firm says a pearl effect version of the same hue, plus Suzuka Grey, Floret Silver, Mythos Black, Ascari Blue and Kemora Grey will also be offered.

The milled 20-inch wheels and the V10’s intake manifold are both finished in matte bronze, while the front spoiler, side sills and diffuser are painted in gloss black (matched by black Audi rings and badges on the exterior). Meanwhile, the side blades and the side-mirror caps are fashioned from gloss carbon-fibre.

The cabin is finished in black, with inlays in gloss carbon-fibre and a quilted rhombus pattern stitched into the sport seats in a copper tone. The gear lever and steering wheel (the latter trimmed in Alcantara) also boast copper-coloured stitching, as do the centre armrest, door armrests and door rails. A “Decennium” logo is repeated on the centre console, the doors and inlays in the door sill trims, while the door light projects the logo onto the ground. 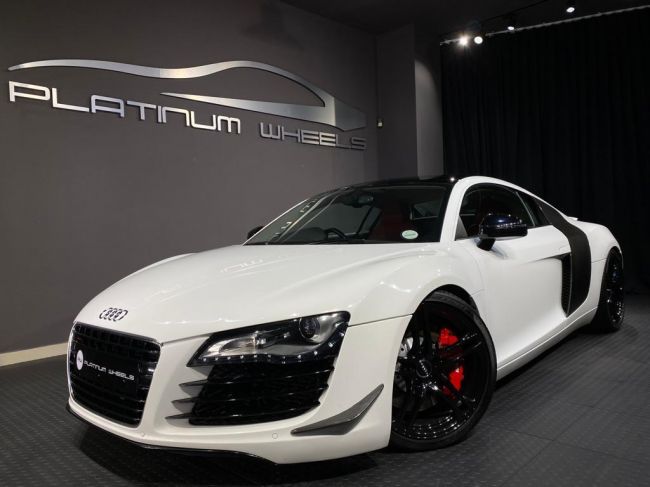