IF you can’t remember much about the previous-generation Elantra, don’t rack your brain … it was hardly an exciting vehicle. And Hyundai knows this; at the launch of the new Elantra, the manufacturer admitted it did not sell well.

In the September 2007 road test of the discontinued model, in which we praised its perceived build quality, one of our testers was quoted caustically, “The Elantra does the job. Nothing less but nothing more.” After reviewing the new incarnation, some of our comments from that test remain but a number of fundamental ones have changed.

“We know that Hyundai changes its designs more often than many people buy new clothes, so maybe there is something better being penned as we write …” This prediction from the 2007 test has come to pass, as the new version is not only a huge step up from previous Elantras; it is now arguably the most stylish saloon in its class. Where once Korean vehicles bore scant relation to their stablemates, nowadays Hyundai has a signature design language infused in all its new products.

While we can heap loads of praise on the exterior appearance of the new Elantra, buyers of this class of vehicle place interior comfort, space, practicality and build quality above such frivolities as style and design.

When it comes to space, all CAR team members except our resident beanpole (who, at more than 1,9 metres in height, is hardly the size of an average South African) found ample leg- and headroom in the front and on the rear bench. Potential owners should also note that this Elantra offers one of the largest boot capacities in its segment – even with a 17-inch alloy under the boot board – with a cavernous 416 dm3 available with the rear seatbacks in place (and 1 072 dm3 with them folded flat).

As was the case with its predecessor, interior quality is impressive. The cabin features swathes of soft-touch material on the facia and doors that, when teamed with the leather-clad gearlever and silver trim along the facia and on the steering wheel, lend it a very classy feel. None of its traditional competitors come close.

The driving position should suit most shapes and sizes thanks to the generous range of adjustment available on the seat and steering column, while the steering-wheelmounted controls for the trip computer and the MP3/USB/iPod audio system add convenience. Thanks to the standard climate control and rain-sensing wipers, Cape Town’s temperamental weather proved no bother, while the rear park-distance sensors make it easy to park the Elantra without much risk of a bent fender.

Under the bonnet lies a 1,8-litre petrol engine that delivered another pleasant surprise. With 110 kW available at 6 500 r/min and 178 N.m of torque at 4 700 r/min, the Elantra is one of the most powerful vehicles in the 1,8- to 2,0-litre segment and this was borne out in the overtaking acceleration times we recorded. Advancing from 80 to 100 km/h in third gear takes just 4,03 seconds, allowing for fairly swift overtaking.

Lastly, the 1,8-litre’s smooth delivery and near-silent operation at low revs impressed. In fact, one tester commented that, if we were to measure the Elantra’s levels of noise, vibration and harshness against premium cars costing at least five times as much, the Korean would probably be quieter.

The absorbent suspension setup consists of MacPherson struts up front and a torsion-beam arrangement at the rear. It’s testament to the talents of the Hyundai engineers that the Elantra manages to ride comfortably and in a controlled manner despite this seemingly basic suspension layout.

Too many Korean vehicles that are burdened with light, lifeless steering pass through our hands, so initially we weren’t too optimistic about the Elantra’s helm … however, we soon found that the electric power-steering system provides just the right amount of feel and feedback.

The Elantra is very much a family car and, therefore, safety levels are paramount. In the event of a crash, there are six airbags that could deploy, while Isofix anchorages ensure that the smallest of the brood will be safely secured. Central-, auto-locking doors and keyless entry are also standard.

Unfortunately, this solid safety package is undermined by the brakes. We achieved an average time of 3,32 seconds in our 10-stop braking test, which gives the Elantra a “poor” rating. It is also disappointing to note the absence of an electronic stability system.

Total ownership cost, maintenance and overall value-formoney should prove to be a big drawcard of this vehicle. Thanks to a low fuel-consumption figure of 7,8 litres/100 km (CAR fuel index), the Elantra has an estimated range of 621 km before the next stop at the pumps. A real-world fuel test along CAR’s city/highway/countryroad saw the Elantra consume only 7,2 litres/100 km.

The Elantra is covered by a five-year/ 90 000 km service plan and five-year/150 000 km manufacturer’s warranty. Other than metallic paint, there are no option boxes to tick on this car’s specification sheet, so you get a lot of car for your money.

After the test phase was wrapped-up and we had our team discussion session, the CAR testers had to dig deep to find fault with this vehicle. The only serious criticisms concerned the marginal brakes (which could have been unique to this particular vehicle). and the lack of ESP. We have to give credit where it is due and, in this case, the Elantra deserves much praise. It’s a solid package that offers a long list of standard features and is practical, stylish and offers great value for money.

The Elantra is comfortably one of the best Hyundais we have tested and, as evidenced by the rivals panel on page 70 and its overall score of 79 out of 100, we would without hesitation choose it over its nearest competitors. 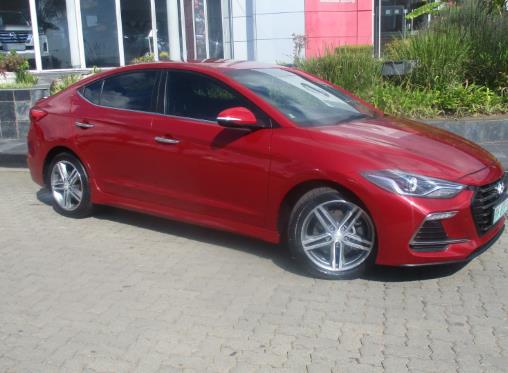 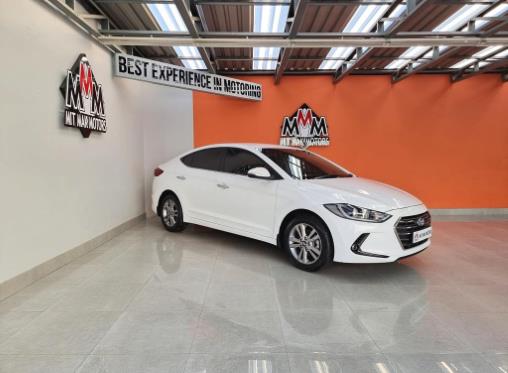 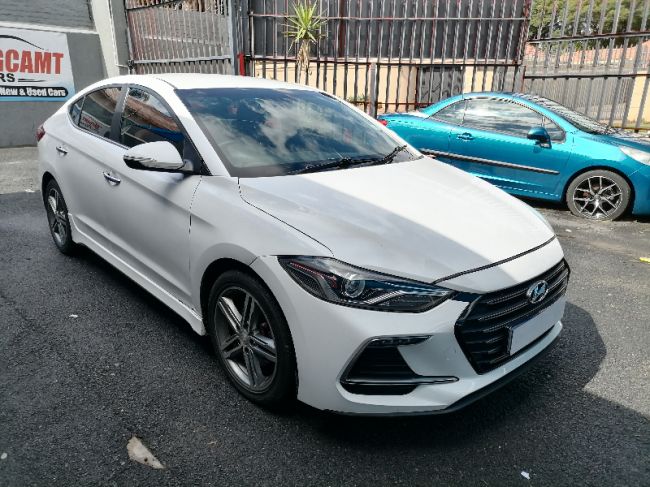